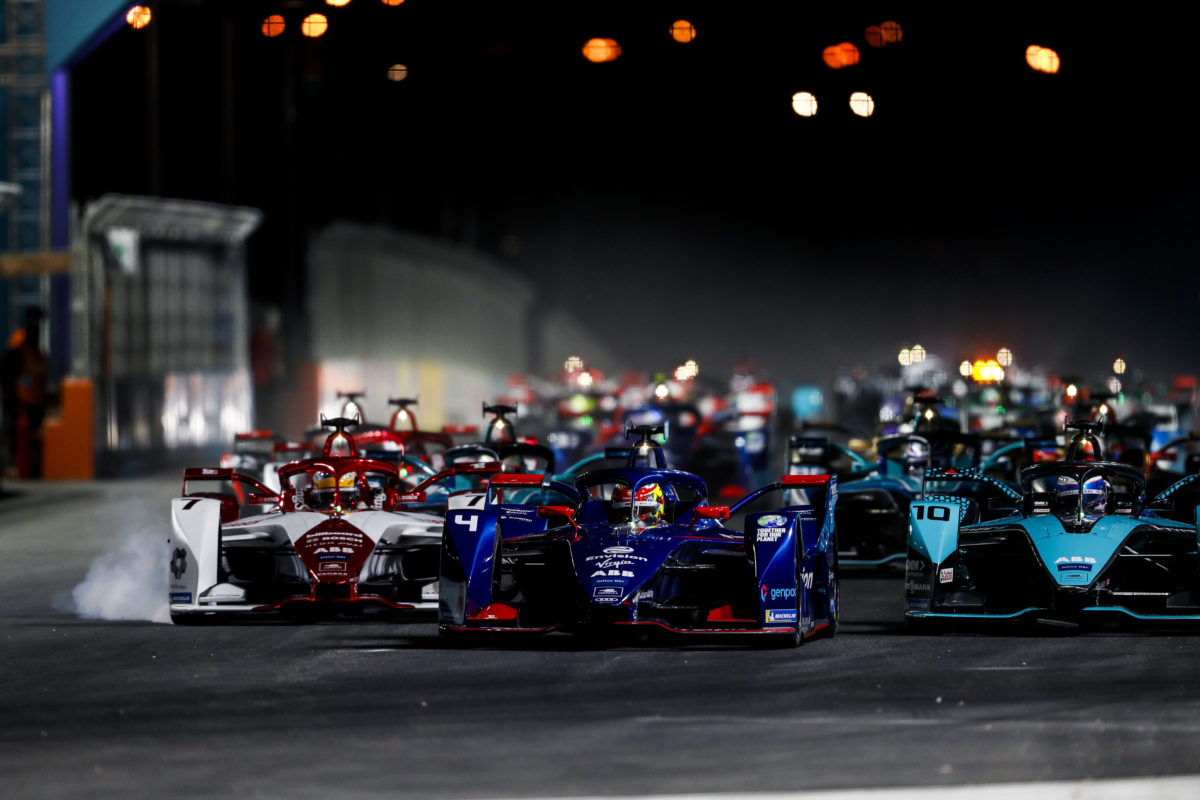 The start to the Formula E race

Jaguar’s Sam Bird has won the second race of the 2021 Formula E season on a day marred by two bizarre crashes that sent Edoardo Mortara and Alex Lynn to hospital.

Mortara’s practice shunt in particular was odd, the Venturi Racing driver executing a practice start only to have a massive brake failure and plunge into the Riyadh Street Circuit Turn 18 barriers at high speed.

The championship’s four Mercedes-powered runners were subsequently not allowed to participate in qualifying as the matter was investigated, but were later cleared to race.

A Venturi statement confirmed a hospitalised Mortara was “conscious and talking”.

“Initial evaluations suggest that the accident was a result of brake failure,” read the statement.

“The team will continue to investigate this thoroughly ahead of Qualifying and race sessions.”

The race itself – the second successive night event as part of the Diriyah E-Prix – then involved a shocking crash that ultimately brought out the red flags.

The incident was not shown on television, although it is known Lynn’s Mahindra Racing car skated along the road upside down.

“Following his accident in today’s ePrix @alexlynnracing is conscious, talking and on his way to hospital for checks,” read a statement released by Mahindra.

The race subsequently finished behind the Safety Car, with Bird winning from pole-sitter Robin Frijns.

Rome will host the next race on the FE calendar, on April 10.