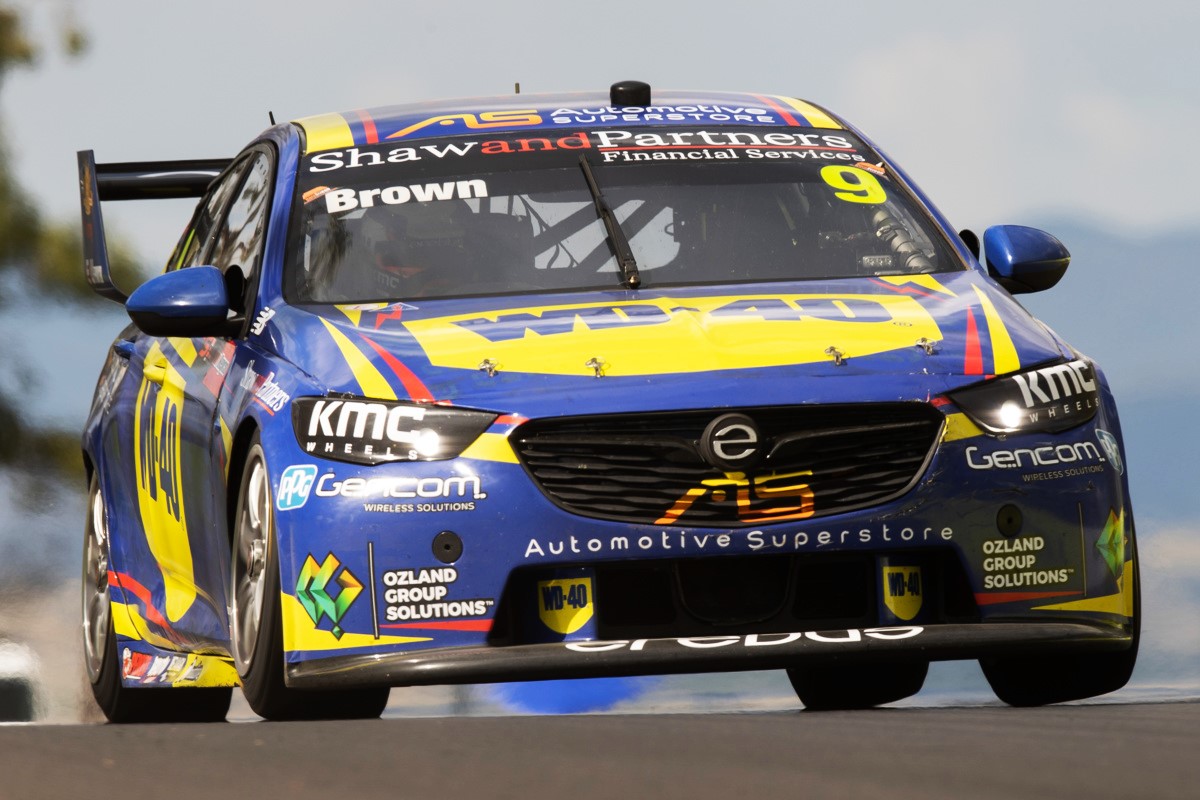 Will Brown is set to receive a new chassis

Erebus Motorsport has confirmed a chassis switch for Will Brown in time for the Sandown SuperSprint next month.

Brown crashed heavily in Practice 1 at the Repco Mount Panorama 500 in what was his full-time Repco Supercars Championship debut.

The car suffered significant damage to the right front corner, resulting in an overnight rebuild of the #9 Erebus WD-40 Racing Holden ZB Commodore.

The 22-year-old missed Practice 2, but was able to contest the remaining qualifying and race sessions at Mount Panorama.

Speaking with Speedcafe.com, Erebus Motorsport CEO Barry Ryan said the team has a spare chassis ready to be built.

“We’ve got a spare chassis so we’ll just chuck another chassis under it and get that one repaired properly,” said Ryan.

“This is the easiest thing and fastest way to do it. We’ve got a chassis ready with wiring and plumbing, so basically all the components will go out of that car and into the [new] car.

“You can turn it around in a few days really. We’ll send that [damaged chassis] off to get repaired and that’ll be our spare.”

While the car was repaired and able to contest the remainder of the weekend, Brown drove what was ultimately a wounded car.

The Toowoomba pilot went on to finish 16th in Race 1, improving to 14th in Race 2.

“There were definitely some ups and downs,” Brown said, speaking with Speedcafe.com.

“I rolled out pretty quick and had really good pace in the first sessions.

“Obviously, then I had the crash, really damaged the car.

“The car is going to get re-chassised now, it was major damage.

“The car wasn’t perfect all weekend after that. We cut and shut it, I guess.

“Overall, we were 14th in that last race. Brodie was 12th, and Bryce [Fullwood] was in the middle. He was the standout rookie last year, so we can’t be too hard on ourselves.

“At least the team is keen and eager to get results. Everyone is disappointed about getting 12th and 14th. Even me and Brodie, we know we had better pace.

“It’s a good start to the team for the year overall.”

Brown isn’t the only driver set to get a new chassis.

Tim Slade has confirmed he’ll switch to the team’s spare after he crashed his Blanchard Racing Team Ford Mustang in Race 1.