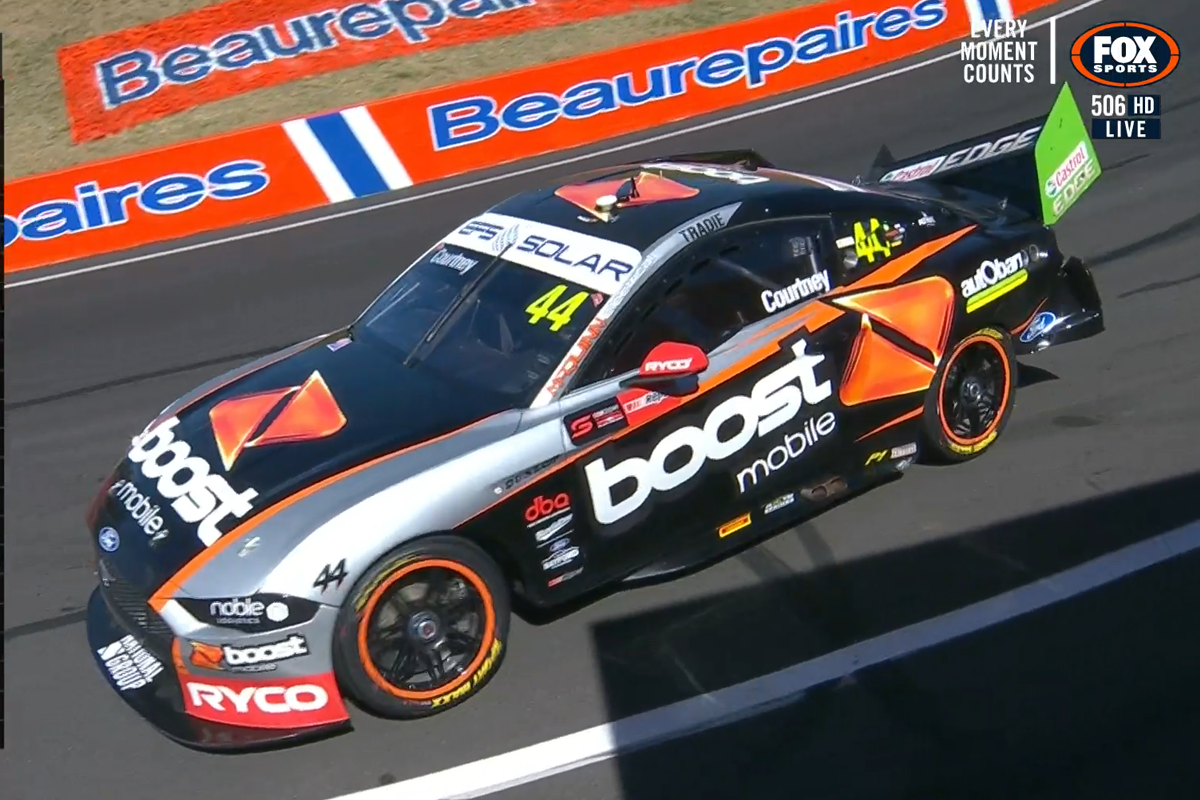 James Courtney’s Mustang facing the wrong way at The Cutting

Courtney found trouble at The Cutting – the same corner that ended Anton De Pasquale’s race yesterday – and sustained considerable rear-end damage as he half-spun into the wall.

The 2010 champion managed to limp back to the pits, where his bruised #44 Boost Mobile Mustang remains.

He had been running 17th at the time, having just made his first pit stop – before which he’d been eighth.

“We were in the train and the front-tyre temp is crazy and understeering so we’re tuning the bars for understeer,” said Courtney.

“[It was all] on my own and the balance shifted completely and yeah just caught myself out up in The Cutting.

“I’d like to blame someone else but it was me.”