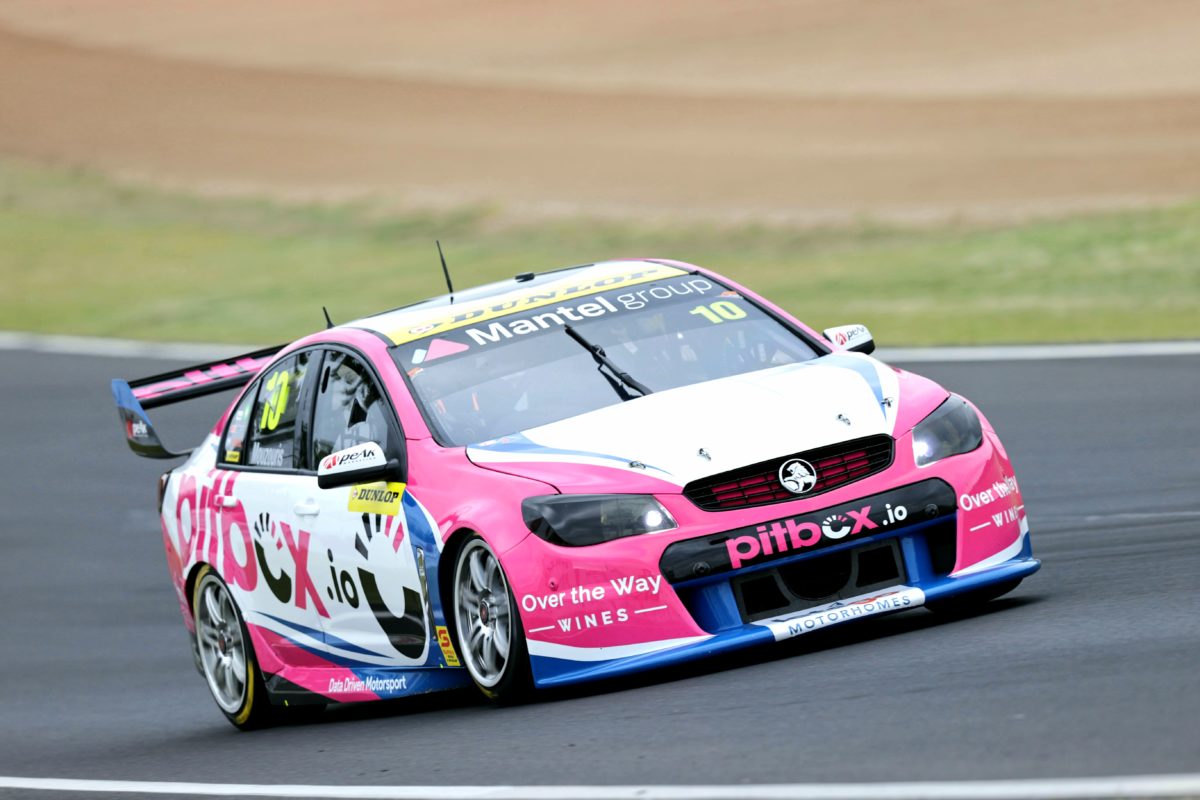 The 20-minute hit-out became a fight among four for the prime starting position for the season-opener, with Mouzouris, Feeney, and Image Racing’s Jordan Boys battling for the most part, and MW Motorsport’s Tyler Everingham throwing himself into the mix late on.

Mouzouris rolled out a 2:06.1995s in the last two minutes before the chequered flag and while Feeney went fastest to the first sector on a third straight flying lap, he had already asked too much from his tyres and had to settle for second on the 2:06.2404s which he had already banked.

The session got underway on a track which was still drying from earlier weather, particularly across the top, but that did not stop Jayden Ojeda (#31 MW Motorsport Nissan Altima) and Feeney (#888 VF Commodore) from all but matching the best practice pace straight out of the blocks with a 2:08.1485s and 2:08.1525s respectively.

Feeney appeared to not get the best from his first flyer when he returned to the race track for the green tyre running, but still went to a 2:06.5453s.

Feeney improved again on his following flyer, but still fell 0.0409s short of his team-mate.

He could not go any faster at all on his third straight push lap, despite going quickest to the first sector, while Everingham jumped from 10th to third with the chequered flag out.

Said Mouzouris, “I didn’t think this was going to happen today.

“I’m speechless. It’s awesome. That’s a great way to start the year, a pole for Triple Eight and a pole for me.

“We had a real battle yesterday in practice with no brakes, so I wasn’t sure how this session was going to play out. It’s a great reward for the team.”

Behind Boys, each of McLean, Ojeda, and Josh Fife (#28 MWM Nissan Altima) were in the ‘sixes’ in fifth through seventh, respectively.