Tim Slade has explained the series of events that led to his event-ending crash during the season-opening Repco Supercars Championship race at Mount Panorama.

Slade was chasing down the Shell V-Power Racing #17 of Will Davison in the fight for the final podium place when he fired into the concrete wall on the run to Forrest’s Elbow on Lap 36.

The #3 CoolDrive Mustang stepped sideways on turn-in to the fast right-hander before the Elbow, which the 35-year old later explained was the rear wheels compression locking due to the car finding first gear and over-revving on the downshift.

With no time to react at a narrow spot on the circuit, he slammed hard into the outside concrete wall.

The car flung into the air before landing back down and hobbling around the Elbow, stopping on a strip of grass on the inside on corner exit.

Speaking post-race, an emotional Slade described the bizarre incident and expressed his apologies to the team.

“We were having a pretty solid race. I sort of lost the clutch there at the start which is why we had a bad start,” he said in an interview with Fox Sports. 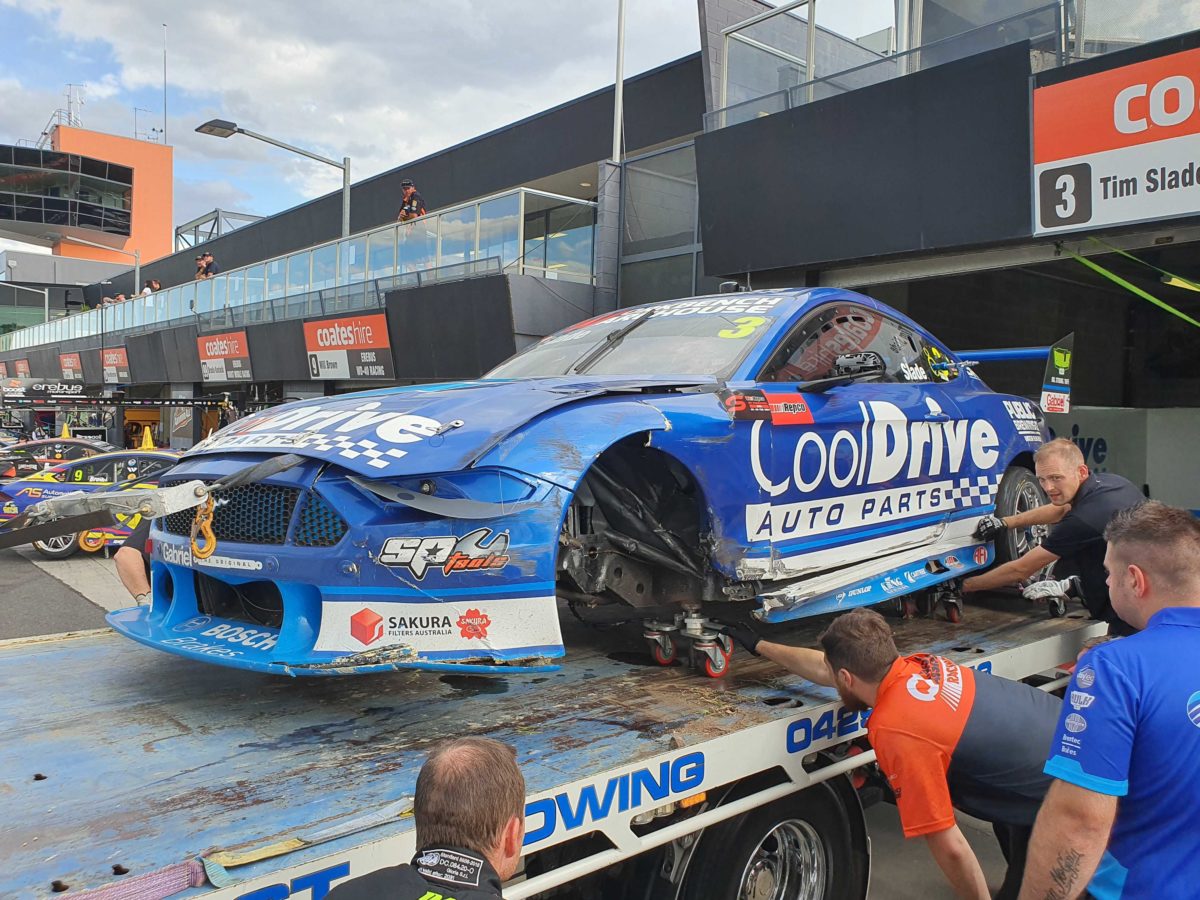 “We had a pretty speedy car and didn’t really have much more to get past Will (Davison) there.

“Just went to downshift in the normal spot and it sort of went into a neutral and I went to grab it again and it’s gone two gears at once so it’s gone to first (gear) not second (gear) and sort of compression locked the rears and sent me into the fence.

“I’m absolutely shattered for everyone in the team.”

The crash was reminiscent of Chaz Mostert’s frightening collision with the barriers at the same spot during qualifying for the 2015 Bathurst 1000 which left him with a broken leg and wrist.

Slade was able to walk away from his crash, however, the car was left all torn up to the point where it has been withdrawn from the rest of the weekend.