Tim Slade’s first day out for the newly established Blanchard Racing Team has the two-time Supercars race winner sure that big things are in store this year.

Slade ran towards the front of the field throughout the two hour-long practice sessions yesterday as part of the season-opening Repco Mount Panorama 500.

“It was a really good day. I guess first day at a race meting for the team and it ran really quite smoothly,” Slade told Speedcafe.com.

“The guys worked their arses off with the tight turnaround between the test day [on February 19] and here and fresh engine in the car from the test day.

“It felt quite good pretty much all day; it was a little bit loose this morning but I think that was more the track than anything else.

“Every time we’ve been out we’ve been pretty competitive so it gives us confidence moving forwards.” 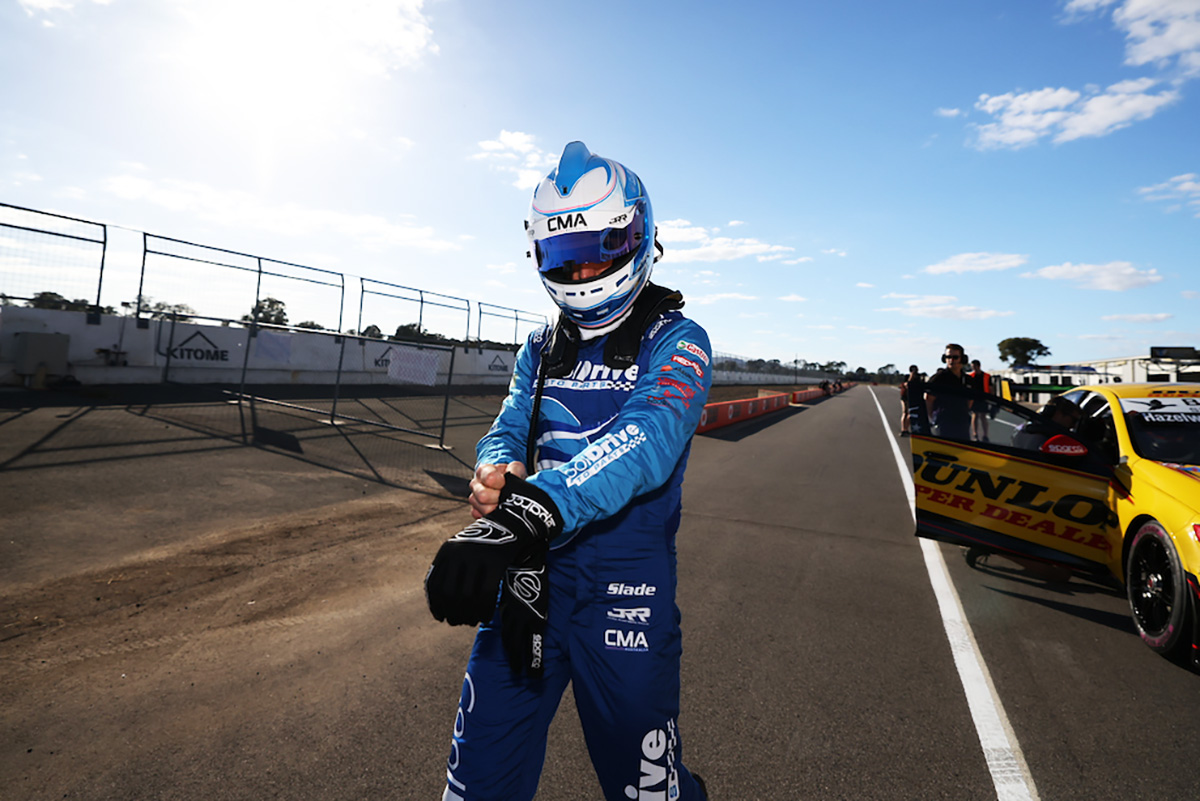 Slade at the recent Winton test

The popular veteran enters the 2021 season refreshed after a year on the sidelines having been dropped by Brad Jones Racing at the end of ’19; he co-drove with Shell V-Power Racing champion Scott McLaughlin last October at Bathurst.

“I’ve probably been guilty of playing it down too much in the past; its nice when you have a little bit of a break and you got time to look at yourself and everything else as a whole,” Slade added.

“I’ve never been a big goal-setter I just feel as though rather do less talking and then when you get a result you can talk about it then.

“It’s just all about us executing from a team point of view and processes and I feel if we all do our job properly — obviously the equipment is proven — we should get a good result.

“We’ll just keep trucking along. But first time out for the team it looks amazing, Tim, all the Blanchards, everyone in the team have done an awesome job.”

The Supercars field will hit the Mount Panorama circuit at 09:05 AEDT this morning for qualifying, with the top 10 progressing to a one-lap Shootout.