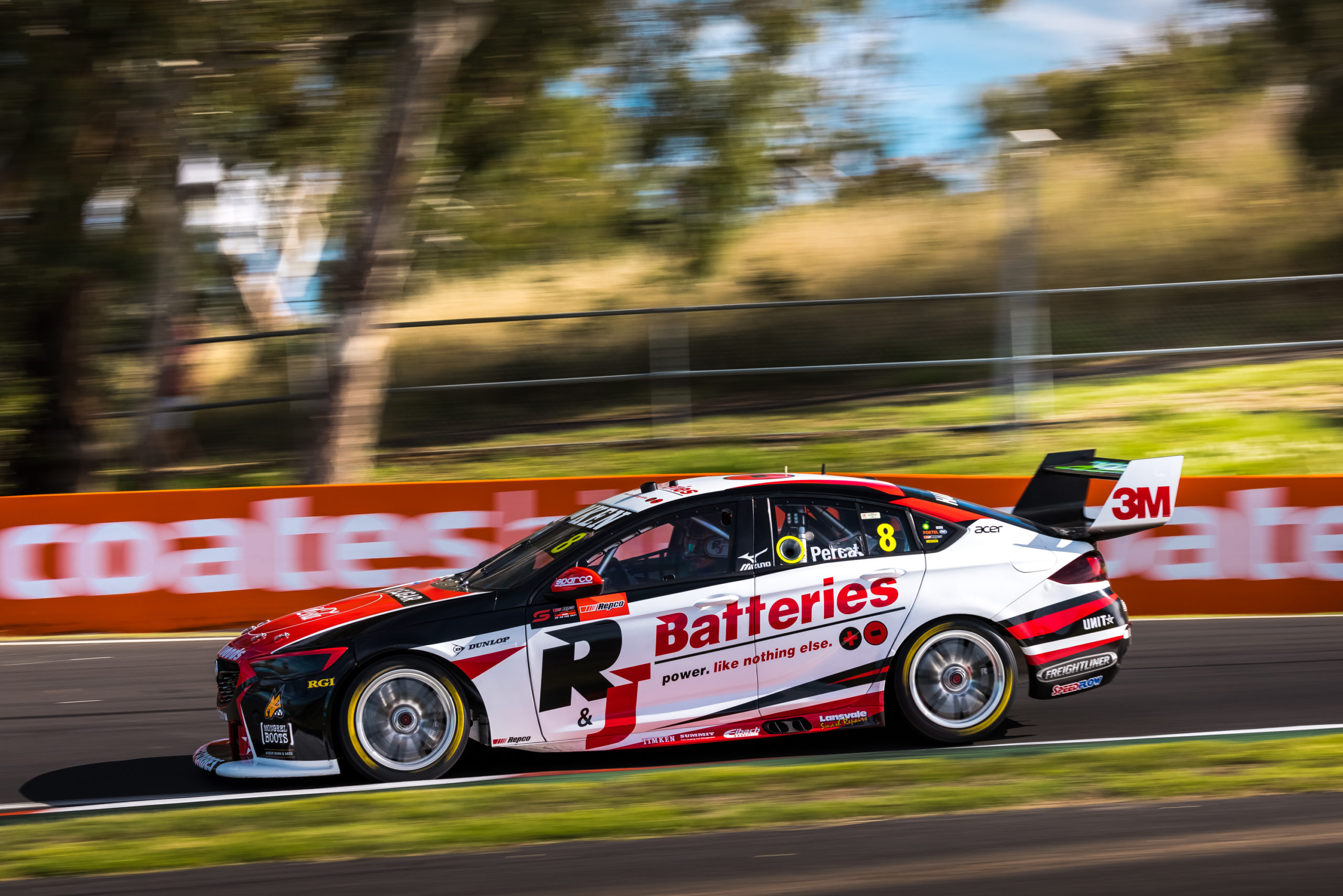 Nick Percat is predicting each race at this weekend’s Repco Mount Panorama 500 to carry the same intensity as the final hour of the Bathurst 1000.

This weekend’s 500km event will comprise two 40-lap races at the famed ‘mountain’ circuit in Bathurst.

The dying stages of the Bathurst 1000 have long been the scene of high intensity battles for the win.

That fever pitch period of the race is something that Percat expects will be replicated from the outset in each of the 250km races this weekend.

“I feel like it’s going to be like that last hour of Bathurst; if you’re battling for the top five, it’ll be full on,” said Percat.

“And even the start of the race and stuff like that, there’ll be less of a procedure on the start grid, so the tyre temps will be up, so the first lap could be a little bit more full on.

“Normally we’re thinking survival in that first 30 laps and get into the race, but now it’s going to be about making track position and attack.

“I’m not really sure how it’s going to play out.”

The weekend’s format is a far cry from that seen at the Bathurst 1000.

Typically teams and drivers have 40 minutes to qualify at the endurance event but will be given just half of that for this weekend’s sprint.

“Normally we have a very nice, comfortable qualifying where we get multiple sets of tyres,” Percat explained.

“Now it’s 20 minutes and it’ll be; do your first run and then a lap or so on that set of tyres and hope that it’s good enough to land yourself into the top 10. “The whole mentality, the whole weekend is crazy different to what we’ve ever had here. So I’m excited, but also have no clue what’s going to happen.”

The Brad Jones Racing driver comes into the 2021 Repco Supercars Championship off the back of his best finish in the drivers’ championship.

Percat was the leading driver out of the Albury-based organisation, finishing seventh overall.

The Mountain hasn’t been kind to him the last two years, however, twice finishing outside the top 10.

That’s something Percat is keen to rectify.

“We haven’t had a good run up here for a few years so it would be nice to have a smooth run with no mechanical issues,” he said.

“I don’t think I’ve really actually done the race properly for the last two or three years because we’ve had dramas on the Sunday.

“It will be nice to get through the two 250km races and just bag some good points and then move on to Sandown. I think for us, the first two rounds are probably going to be the toughest.

“We’re fast at Bathurst, but we need to make sure the reliability is better and then Sandown’s probably been a little bit weak for us the last time we were there, so I think if we can get through the first two rounds with some just solid results.

“It doesn’t have to be podiums, for me, just top six, top five would be good and then we’ll get into the year and get to tracks that we know we’ve got a good base set-up on and keep progressing where we did last year.”