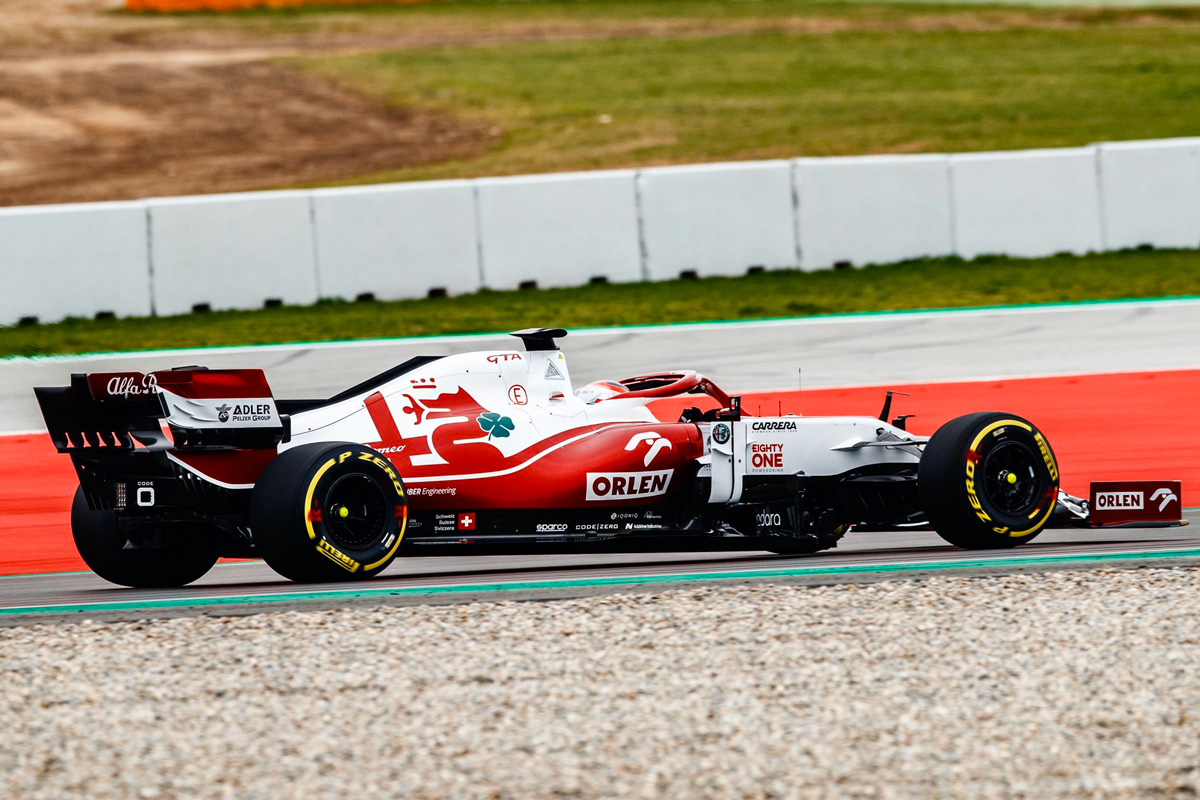 Robert Kubica was behind the wheel for Alfa Romeo’s shakedown

Alfa Romeo Racing has become the latest team to take its 2021 Formula 1 car out on track as preparations for the new season build.

Following the launch of the C41 in Warsaw, Poland on Monday Alfa Romeo headed to Circuit de Barcelona-Catalunya on Friday to complete its very first shakedown.

Kimi Raikkonen and Antonio Giovinazzi were on hand for the ceremony as well as team principal Frederic Vasseur and test and reserve driver Robert Kubica.

Kubica then joined the team at Barcelona where he turned 29 laps on the “short” layout.

The Swiss team’s day ran to schedule with no issues from the moment the new car hit the track at 09:32 local time.

“It’s always a special moment to be the first to drive a new car,” Kubica enthused.

“Today’s focus was on making sure everything worked as planned and to ensure all systems were functional, so performance was not an objective, but the thrill of driving a car like this isn’t diminished.

“The car felt good and I am looking forward to driving it once again later in the season.”

Vasseur commented: “Today’s work is a crucial step in our preparations for the season and I’m pleased to report the day went as planned.

“We were able to perform all the checks we set out to do and now we can focus on analysing these first bits of data and prepare for the next test in two weeks’ time.”

Alfa Romeo joins McLaren, Red Bull, AlphaTauri, and Williams as the teams who have completed a shakedown in their 2021 challenger thus far.