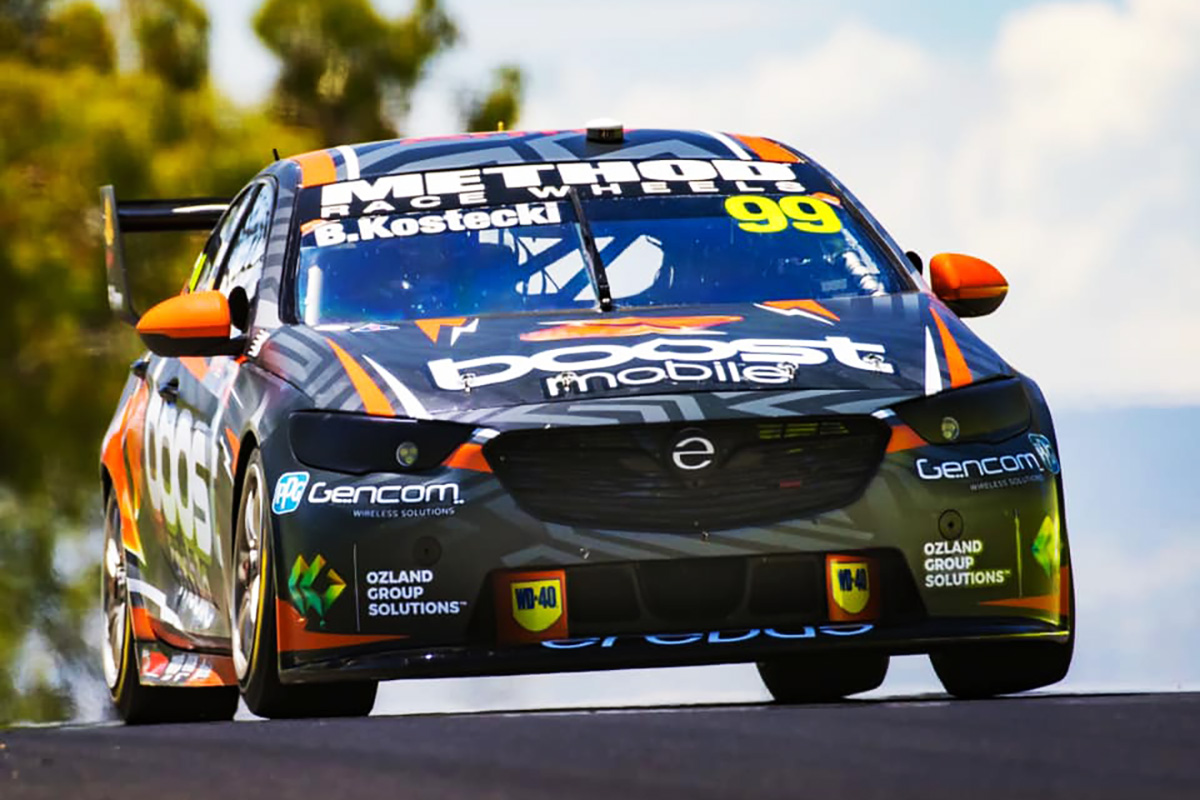 Brodie Kostecki says he’s “shocked” to have made it into the Top 10 Shootout on his full-time Repco Supercars Championship debut.

The Erebus Boost Mobile Racing driver set the sixth fastest time in Qualifying for Race 1 of the season at the Repco Mount Panorama 500.

Kostecki clocked a 2:04.8930s on The Mountain, putting him 0.4680s adrift of provisional pole-sitter Anton De Pasquale of the Shell V-Power Racing Team.

“But we worked really hard in the off-season. Our test days went really well and I’ve been saying to the boys it would be really good if we got to the shootout.

“I’m a bit shocked to be honest. I’m like Ricky Bobby in Talladega Nights, I don’t know what to do with my hands.”

Kostecki said the performance was reward for his Erebus Motorsport team, who worked until 04:30 this morning to repair the sister car driven by Will Brown after his crash in Friday practice.

Brown was inside the top five before a red flag interruption, eventually falling to 17th in the order.

“They worked really hard on Will’s car. It’s a great goal for the team to achieve.

“I’m really looking forward to the shootout and hopefully we can try and move up the pecking order a bit.