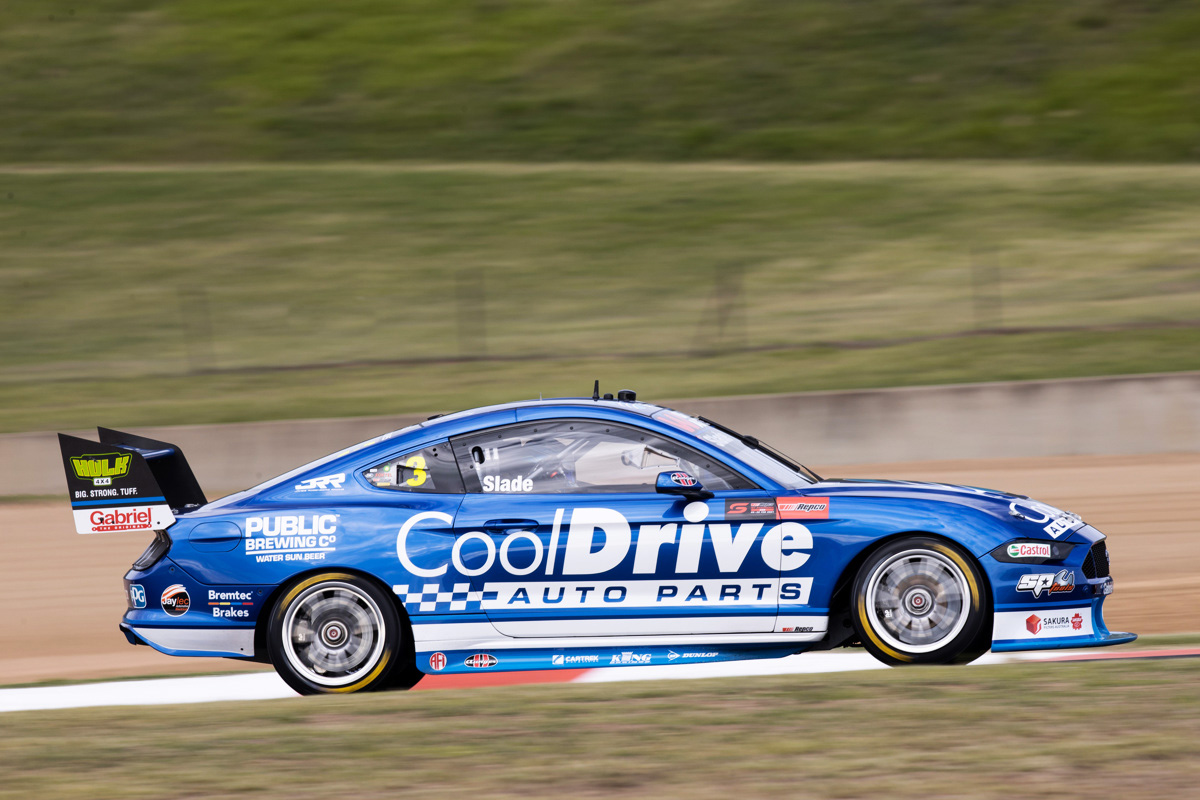 Ninety days ago the Blanchard Racing Team was little more than an empty factory, now the team is on the front row for the Supercars season-opener.

The Blanchard family operated its Racing Entitlements Contract out of the Brad Jones Racing stable from 2017 to 2020, but has gone solo this year.

It’s been a fairytale start to the team’s first Repco Supercars Championship campaign, with Slade qualifying second for Race 1 of the Repco Mount Panorama 500 alongside Cameron Waters.

“They deserve it for how much they’ve put in. Yeah, it’s definitely surprising.

“Three months ago we didn’t have a workshop, we had no staff, we had no equipment, and here we are three months later,” he added.

“We’ve still got a lot to learn. A lot of guys are very fresh to Supercars and some even to motorsport.

“There’s still a lot we need to tidy up and improve, but the hardest thing I think to find in this sport is one-lap speed.

“Brendan, Mirko, and Sladey have done a fantastic job sorting out that side of it. We’re really happy with how we’ve landed.”

The result is made even more special considering Slade has been out of the sport for the best part of a year.

After losing his drive at Brad Jones Racing following the 2019 season, Slade was picked up by the then known DJR Team Penske to co-drive with Scott McLaughlin in the Bathurst 1000.

Slade had been set to contest the 24 Hours of Le Mans among a slew of GT races, but those plans were ultimately curtailed due to the coronavirus pandemic.

The 35-year-old praised the team for its efforts in the lead-up to the event.

“What a start for the CoolDrive Auto Parts Blanchard Racing Team,” said Slade.

“It’s been an awesome weekend up to this point, the guys have done just a phenomenal amount of work in such a short period of time.

“We didn’t have an employee until basically the start of November and no workshop, nothing, so yeah full credit to the Blanchard family and all the guys in the team for giving me an amazing race car. You just look at the whole set-up and it’s tip-top, so it’s awesome to be a part of

“I think that was a pole car right there, [there’s] a little bit more in me in a couple of areas, but yeah awesome way to start for the team and looking forward to starting the race this arvo.”

Blanchard is conscious that it is still early days in the season and is keeping his expectations in check.

“I’ve said to the boys all along, one result doesn’t make a season,” said Blanchard.

“We need to be able to continually repeat it. This is great, we’re really excited, and we’ll enjoy the moment, but for us this sort of performance needs to be consistent. That’s going to be the next challenge is repeating this day in, day out.

“The race is going to be difficult. We’ve got a lot of guys who are very green to motorsport. They’re learning, and they’re learning very quickly. We’ve thrown them in the deep end and they’ve stood up incredibly well.”

Race 1 of the Repco Supercars Championship gets underway at 15:00 local time/AEDT.