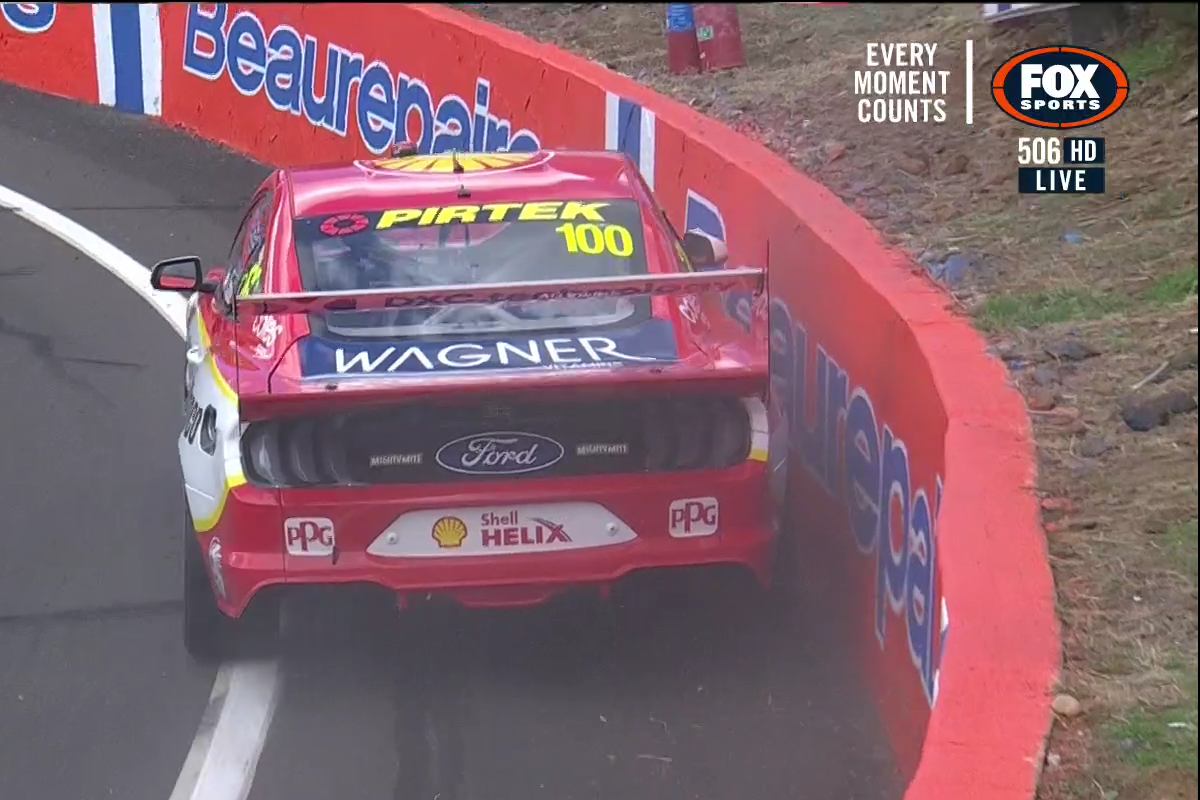 Anton De Pasquale’s debut for the Shell V-Power Racing Team has ended in tears, crashing out of the season-opening race at the Repco Mount Panorama 500.

Having starred earlier in the day by topping morning qualifying, De Pasquale converted that into fourth on the grid.

He’d improved to third in the early stages of the afternoon 40-lap race and was holding that position until crunching the wall at The Cutting on Lap 7.

It appeared to be a mistake all on his own, De Pasquale running slightly wide and finding the outside wall.

He then tried to start driving again, only to veer uncontrollably across to the left-hand barriers with steering damage.

“Just pushing a bit hard and made a mistake,” De Pasquale said.

“I just got that tyre width wide on entry and then you’re sort of in where no one else goes all weekend and you can’t bring it back.

“It wasn’t a big hit but obviously paid a big price for it.

“No good; bad way to start the year. Feel really bad for everyone here but we’ll come back tomorrow and have another crack.”

With the #100 out on the spot, Will Davison is DJR’s last-standing runner, holding fourth when the race was resumed on Lap 10.

De Pasquale has hardly been the only driver to find trouble thus far – most notably pole-sitter and early race leader Cameron Waters having to return to the garage with power steering issues.

Nick Percat has also had intermittent mechanical gremlins relating to the engine concern that prevented him from clocking a lap in qualifying.