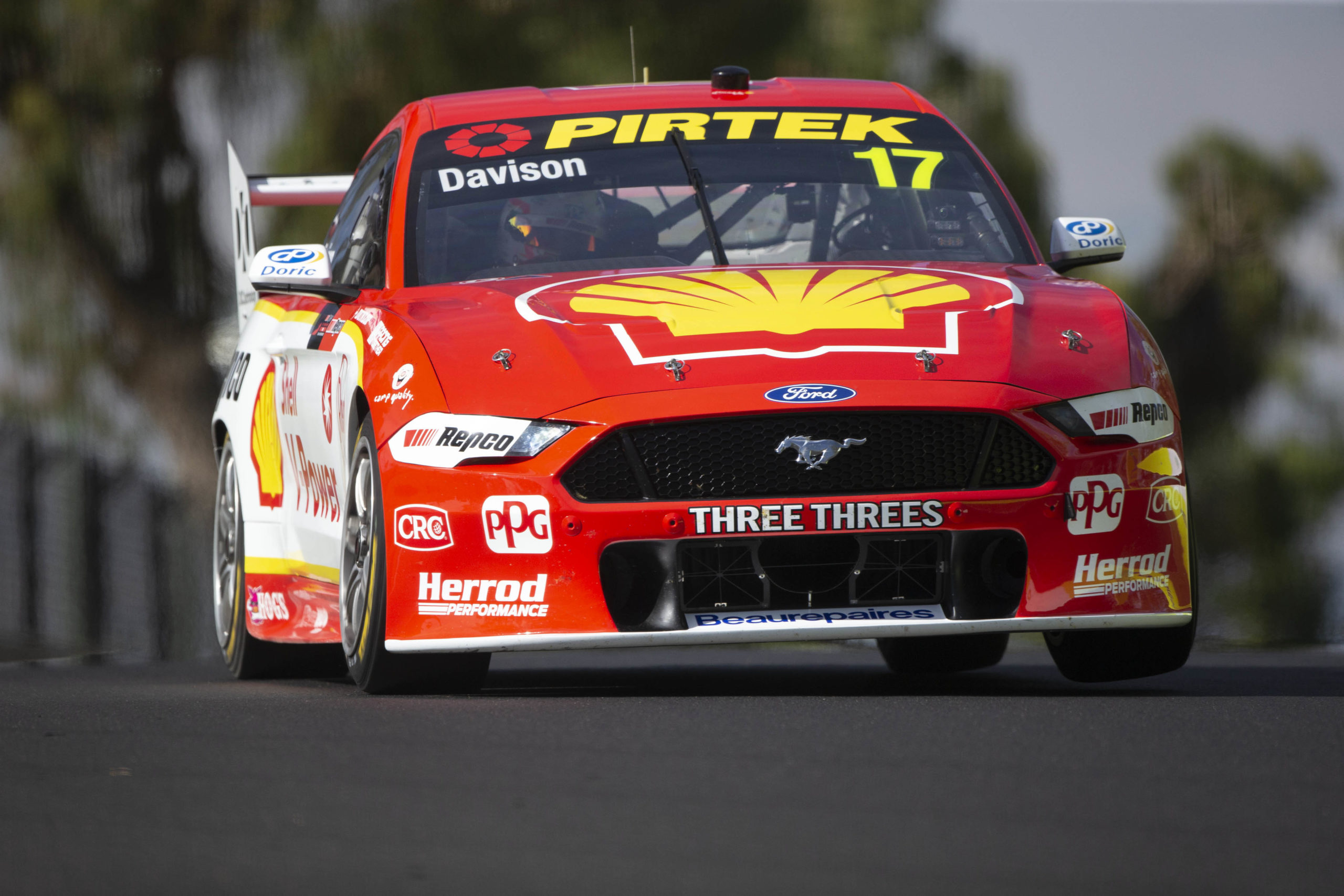 Will Davison was 11th in both practice sessions

Will Davison says he’s relieved to get through practice at the Repco Mount Panorama 500 after “lots of talking” in the lead-up.

He trailed team-mate Anton De Pasquale, who set the eighth and ninth fastest times across the sessions, both of which were topped by Chaz Mostert of Mobil 1 Appliances Online Racing.

Speaking with Speedcafe.com, Davison said he spent much of Friday’s running getting comfortable in the #17 Ford Mustang.

“It’s good to get the day done, to be honest,” said Davison.

“It’s been months and months of talking about it and what we hope to achieve and what we feel we can do, but it’s all while not really having any idea about the car.

“We knew today [Friday] was the first time to really get some mileage and on a pretty full-on track to familiarise yourself with a new car and team, so really relieved to get the day out of the way.

“We certainly made some good inroads throughout the day, certainly the car was a little bit to adjust to and get used to.

“All the usual stuff, it’s fun: debriefs together and understanding the way I’m driving, the way I need to adapt my driving, maybe how we can bring the car to me, so yeah, it was a pretty jam-packed day.

“As I said, it’s a pretty full-on circuit to have your first initiation but I enjoyed it. I’m still playing around with some comfort things – you don’t want to be but this is just part and parcel of changing teams.

“I’m still doing some stuff now just trying to get 100 percent comfortable because this as we know is the sort of track to be absolutely at one with the car you have to be comfortable.

“So yeah, we got more comfortable as the day went on, I really was taking it pretty easy, walking before I run.

“I really wanted to be in tune with the car before I really had a dip. Really my aim was just to work through the day slowly and calmly and hopefully get a look and feel of things and just try to push that bit harder again when it counts.” 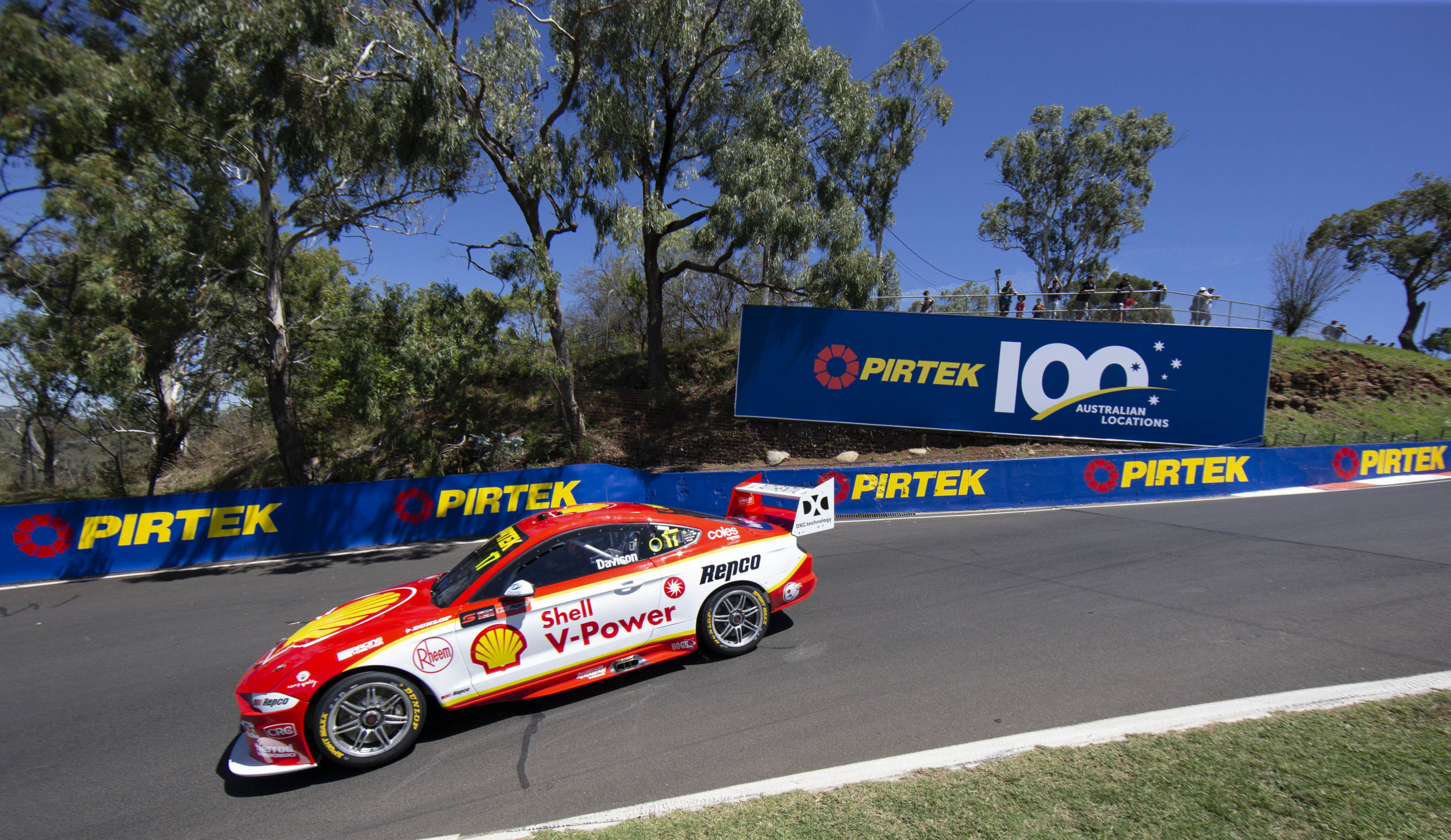 Will Davison said he can “easily” be in the top five

The 38-year-old said he’s not reading into the results at the end of Friday given the high UV levels, which are expected to drop for qualifying.

The gap to the leaders, he believes, is exacerbated by those conditions and the length of the circuit.

“I think we’re not far away at all from there, there’s certainly that in the car,” Davison said of being a front runner.

“Obviously I think the front couple have got a bit of a gap and that will take a bit of work for sure in a very short space but certainly that next group I feel quite comfortable that we can be easily in amongst that top five.

“Conditions were tough today so the cars were moving a lot and there was no room for error. So just being not 100 percent familiar with the car was certainly going to have its effect today around this track. As I said, I didn’t want to be hanging out of the fence.”

Davison isn’t hellbent on storming out the blocks, more so, his focus is on making constant progression and executing a clean weekend.

“It goes without saying, we want to run competitively, we want to aim to be around that top five bracket, really that’s where we should be but it’s very competitive,” said Davison

“Of course we want to run strong but we’ll just have a calm approach and it’s all about learning and if we do that we know the speed is there… the sooner we can get there, the better.”

On the whole, Davison was pleased with his performance on his return after a year out of full-time driving.

“I’ve literally only driven a race car twice in nearly 12 months to be honest, when you look at it,” he explained.

“I’ve done a lot of talking about it but I haven’t qualified, I haven’t put a new tyre on the car since last March. I’ve rolled around on full tanks here at the 1000 in Cam’s [Waters] car, that’s it.

“I didn’t get to do new tyre runs at testing. We had a bit of tricky test day at Ipswich with just a few bits and bobs and weather so today was yeah, you have just got to take a calm approach and it will come back very quick.

“It was really my aim of [Friday], just use it as a test day and obviously [Saturday] is game time and we’ll try to have a dip in the morning.”