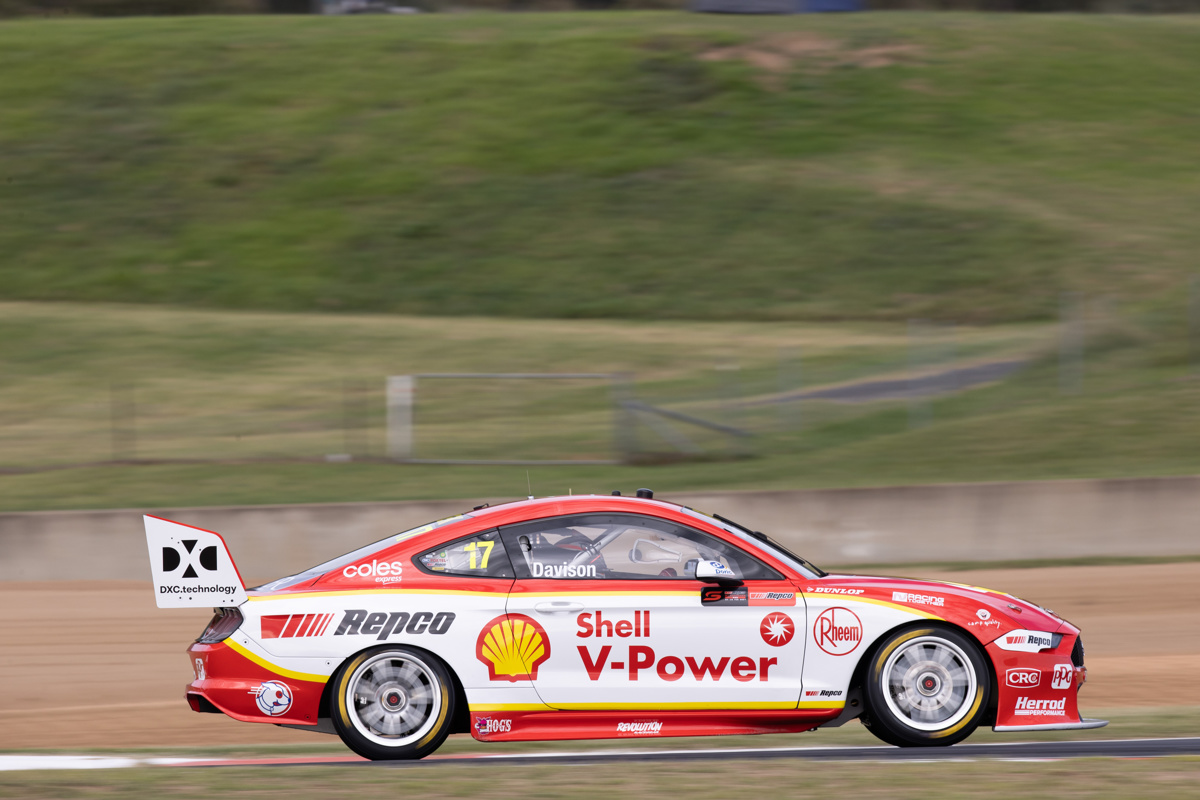 Podium finisher Will Davison admits that he lost sleep due to anxiety over racing a Dick Johnson Racing Mustang for the first time at Mount Panorama.

Davison snared one of the prized seats at Stapylton after abruptly losing his seat at 23Red Racing last year when the operation closed down, and reverting to a co-driver role with Tickford Racing for the 2020 Bathurst 1000.

This weekend’s season-opener therefore shaped as a tough initiation to competition in a still fairly foreign car, given the challenge of the mountain circuit and how it played particularly in Friday practice.

Davison would, however, put the #17 Shell V-Power Mustang fifth on the grid and drive it to third in Race 1 at the Repco Mount Panorama 500.

Having got that out of the way, the man who now has 454 Supercars Championship race starts under his belt admits to being far more comfortable, but that was not always the case.

“Settling in with a new team, there’s always lots of little differences in cars,” said Davison.

“The conditions are quite sketchy here at the track, particularly yesterday – it was very hot; the grip’s very low – so just to hang the thing on the line with very limited time is full-on.

“I didn’t sleep much last night because you’re focusing on ‘How am I going to go quicker?’ and just second-guessing the car a bit and just trying to make it a bit more natural.

“We just need to sort of mesh the two a bit more together, but as a debut race, certainly I’ll take it.”

Davison had mixed feelings on the outcome from the first 40-lap race this weekend.

While he finished on the podium, early leader Cameron Waters fell by the wayside due to a power steering problem and runner-up Chaz Mostert took the flag almost 17 seconds up the road from Car #17. 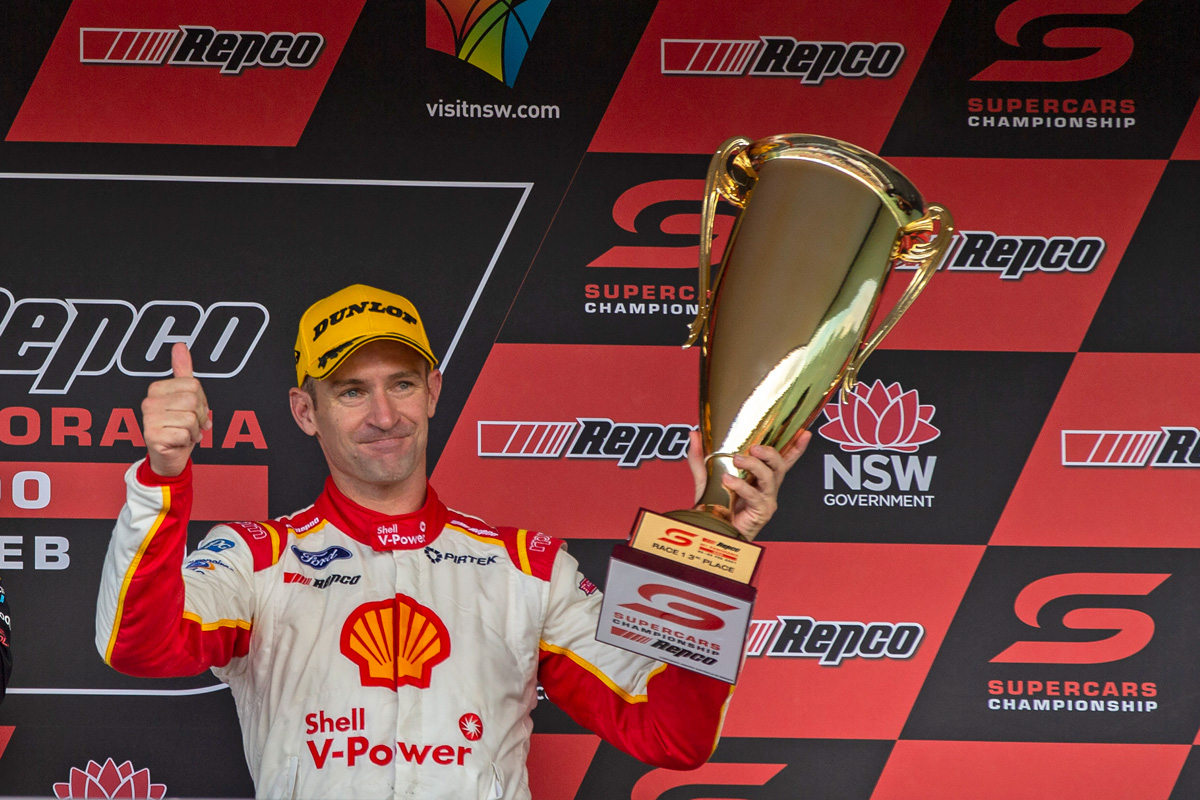 Davison on the Mount Panorama 500 podium

“At the end of the day, the team’s champion and we’ve got high expectations, but for me, for my first race, I’ll absolutely take it.

“I sat on the couch watching these guys for most of last year, which wasn’t much fun; I was hoping I wasn’t too rusty.

“Trying to get up to speed yesterday, lots and lots to learn with this new car, just trying to adapt very quickly without making mistakes.

“First event here at Bathurst is obviously a full-on place to learn a car on the absolute limit, so I just chipped away, chipped away, and we’ve made no mistakes in the race and that was really my main goal.

“I’m really happy, and obviously thankful for the opportunity to be at the team and we’ll just build on this.

“[I] Obviously don’t want to be too happy because there were some cars a fair way up the road from us, but [the team is] a great bunch and we’ll work on it together on what we need to be a bit faster.”

The veteran also had some encouraging words for new team-mate Anton De Pasquale, who arrives at the powerhouse squad with expectations that he will one day become a champion.

De Pasquale’s first race for DJR, however, came to a bruising end when he stepped wide and whacked the wall at The Cutting while running third.

“Honestly, [I am] disappointed,” said Davison regarding the 25-year-old’s mishap.

“We’re both new to the team but we couldn’t have been welcomed in with more open arms.

“We’ve both spent a lot of time the last few months together at the team, and it’s clearly a team effort.

“It’s pretty disappointing for the guys and for him; young guy, big opportunity, and he’s going to be a star, so I was just gutted for him.

“I know he’s put a lot of pressure on himself this weekend, so no doubt he’ll be back and redeeming himself.”

Qualifying for Race 2 starts tomorrow at 10:05 local time/AEDT, followed by a Top 10 Shootout early in the afternoon.