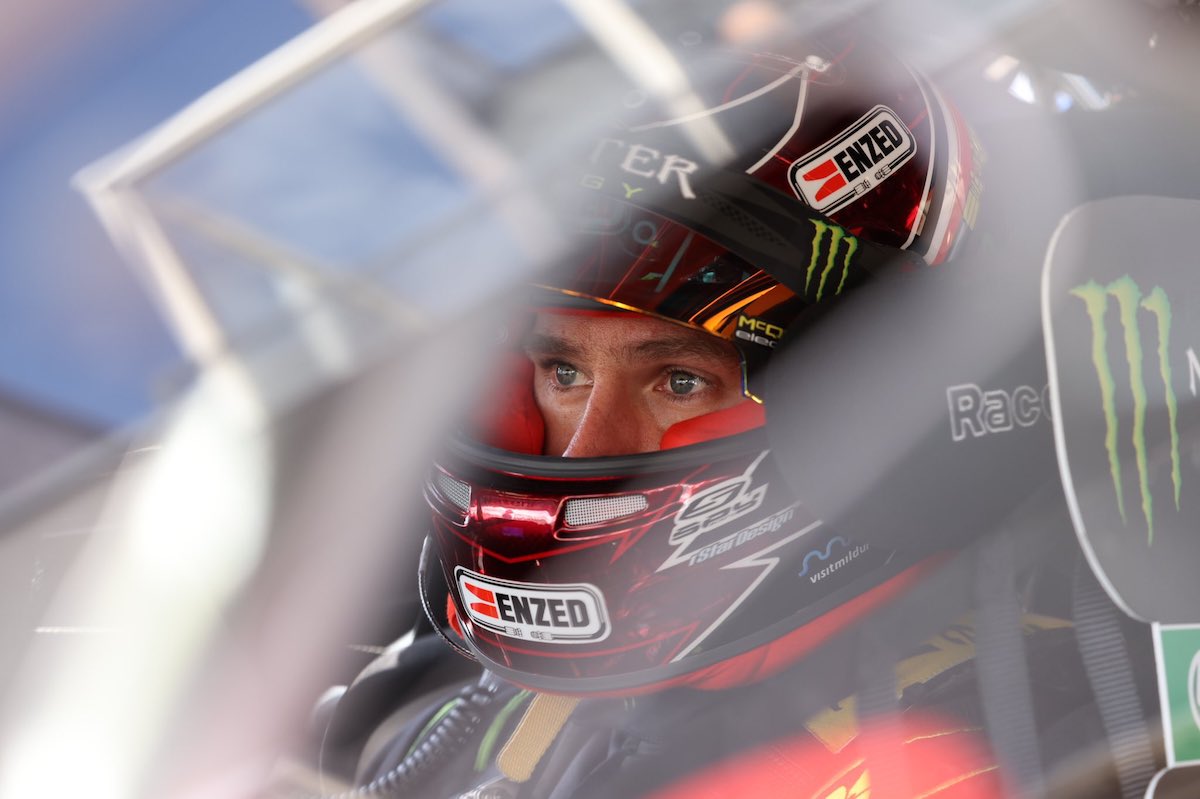 The cause of Cameron Waters’ demise from a potential victory in the season-opening Repco Supercars Championship race has been determined as a power steering pump failure.

Having led from pole position, Waters struck misfortune in the early stages of the Mount Panorama opener, enduring a lengthy pit stop under Safety Car as his Tickford crew looked under the bonnet.

This dropped the Monster Energy Mustang out of the lead before he lost more time in the garage as the team further investigated what turned out to be a power steering pump failure.

The part was replaced and Waters returned to the circuit six laps down but managed to salvage some points by being classified 20th.

After a strong start to the weekend, the 26-year-old says seeing a potential win slip from his grasp was a “tough pill to swallow”.

“The weekend was going so good and the car was really speedy. I got a good start and was just cruising around looking after tyres,” Waters explained.

“Just had a power steering pump fail; the boys obviously investigated it.

“Bit of a shame, it was a brand-new pump with a brand-new car which you’d think should be better for reliability but these things do happen — it’s not from a lack of trying from Tickford.”

Waters said he knew something was wrong from the get-go when he lost a chunk of time to a charging Shane van Gisbergen behind, who went on to win the race.

The only saving grace was that when Waters brought the car into the garage the race was under Safety Car, initially limiting the amount of time lost until the race went green a short time later.

“The first lap or two it was kind of getting heavy and I dumped a little bit of speed because you don’t want to have a massive issue over the top of The Mountain and end up in the fence,” he added.

“The lap the Safety Car came out I completely lost it.

“I was hustling it as quick as I could back to the pits for Shane to not ruin his race; it was good that we could actually put another pump on it because the Safety Car was out.

“It would have been a pretty cool battle with Shane and I; he might have been a little bit quicker potentially but it is what it is.”

There are some positives to draw for the Tickford squad, with James Courtney and Jack Le Brocq both scoring top 10 results.

Waters is confident he would have been on the podium, at least, had all gone to plan.

“Still a bit of hope in our programme, obviously the other boys had pretty good days, they both moved forward from where they qualified which was pretty good,” he said.

“Their cars are also pretty speedy; obviously it’s a shame what happened with us and we probably lost a podium worst case then but still really good for the other boys to execute a pretty good race and move forward.”

Supercars return to the track on Sunday for qualifying at 10:05 AEDT.