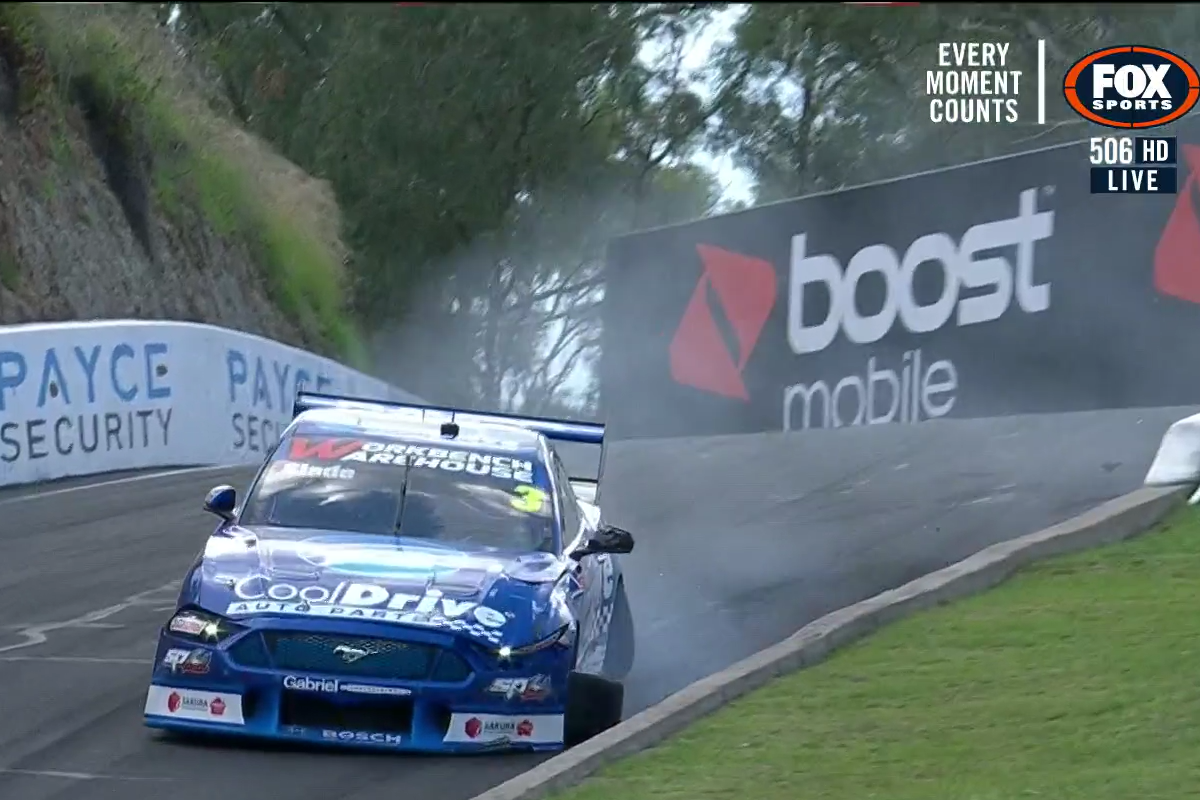 Tim Slade has cut a despondent figure after wrecking his CoolDrive Mustang while contending for a podium at the Repco Mount Panorama 500.

It had been a dream run to that point for the new Blanchard Racing Team, its debut headlined by Slade snatching a front-row start thanks to a stellar shootout lap.

After a poor start shuffled him back to fifth by Mountain Straight, Slade came back into the mix as carnage unfolded for front-runners Anton De Pasquale and Cameron Waters.

Slade was hot on the tail of fellow Supercars returnee Will Davison’s Shell Mustang in the battle for the final podium placing when it all went wrong on approach to Forrest’s Elbow on Lap 36.

In scenes reminiscent of Chaz Mostert’s horror 2015 qualifying crash, Slade slammed into the wall and was flung into the air, having no control as his car continued downhill.

Slade was able to safely park on the inside exit of the Elbow and soon walked from the wreckage – albeit clearly emotional. 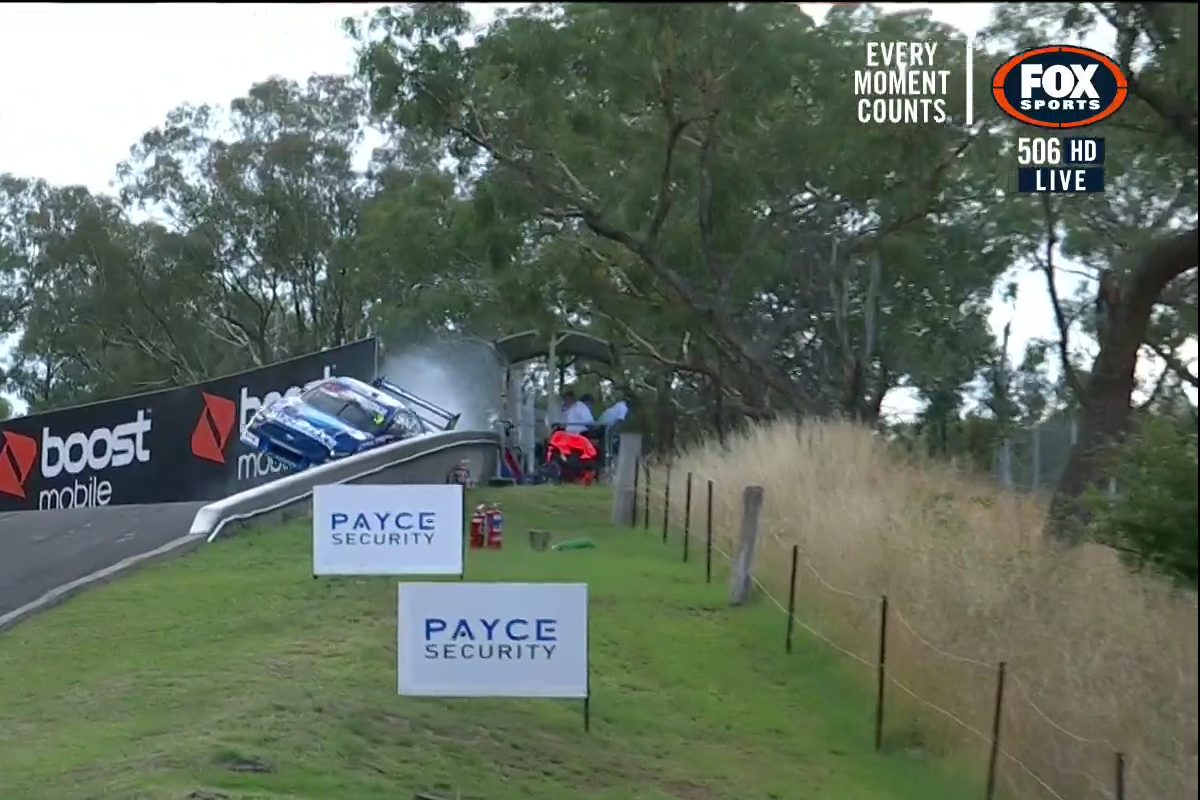 Team owner Tim Blanchard was as philosophical as could be in the circumstances.

“I kind of said to the boys before the race that we’ve done a lot more than we thought we’d been able to achieve this weekend so whatever happened in the race is a bonus.

“Obviously not the way we wanted to finish but we’re five laps away from finishing in the top five in the first race.

“Three months ago we had nothing, we didn’t even have a workshop so we’ve got to hold our heads high.

“Sladey was doing a fantastic job, Mirko [De Rosa, engineer], Brendan [Hogan, team manager], all the boys have done an awesome job all weekend and leading up to this.

“Disappointing but it’s part of the process.”

Whether Slade will be able to return to the action tomorrow is not yet clear, with significant damage visible.

Shane van Gisbergen went on to win the race for the Red Bull Ampol Racing Team, ahead of Mostert and Davison.