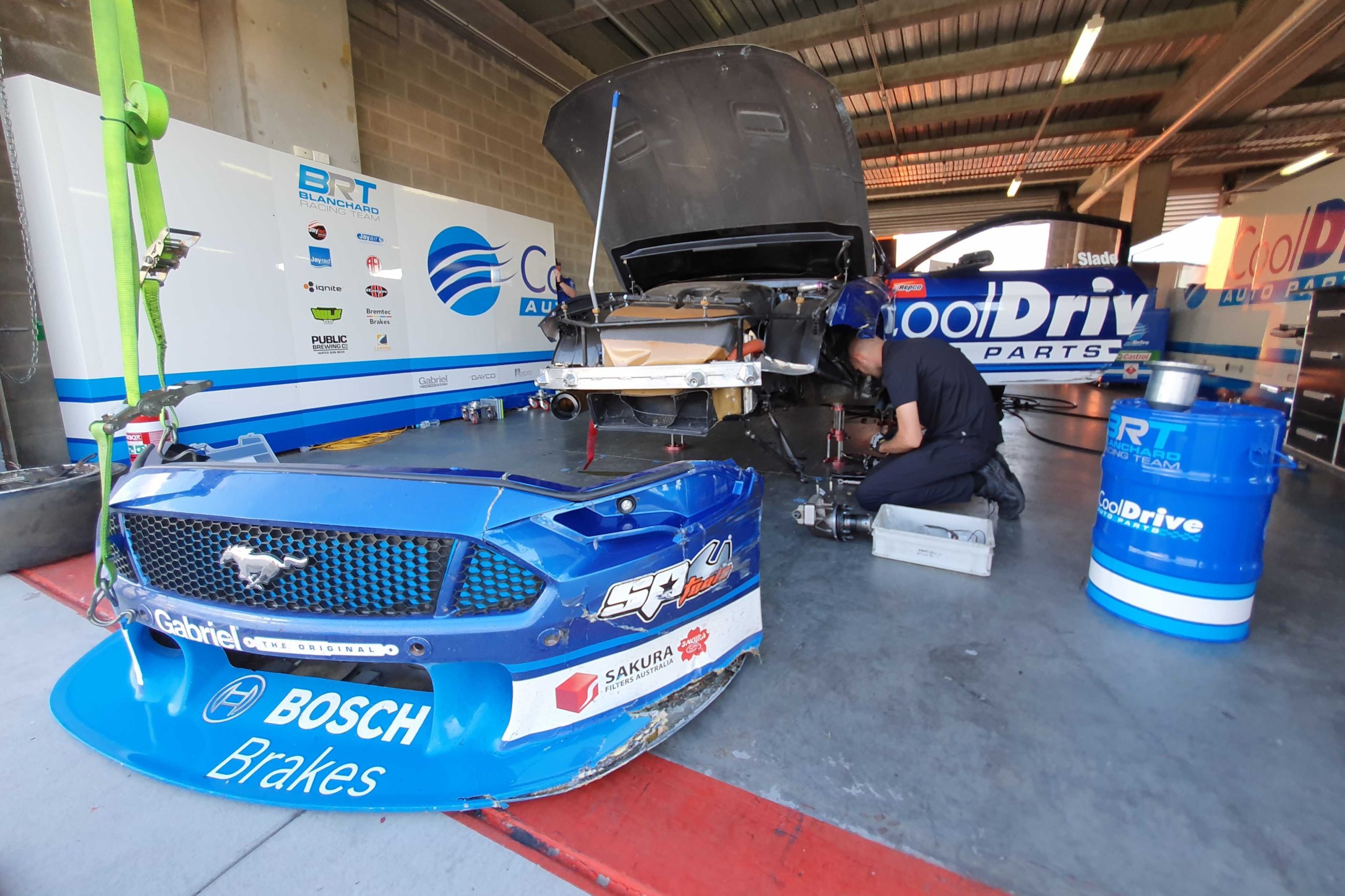 Tim Slade won’t return to the track this weekend

The Blanchard Racing Team has withdrawn from the opening event of the Repco Supercars Championship after a horror crash at Mount Panorama.

Driving the #3 CoolDrive Racing Ford Mustang, Tim Slade was chasing Will Davison for third place late in the first 40-lap race at the Repco Mount Panorama 500 when the crash occurred.

Following the incident, Slade said he had suffered compression locking under brakes causing him to lose control of his car on approach to Forrest’s Elbow and slap the concrete wall.

Slade escaped unharmed, but his car suffered too much damage to be repaired in time for Sunday’s remaining qualifying, shootout, and race.

It ended what was a blossoming debut for the team after Slade qualified the car on the front row for Race 1 of the year alongside Tickford Racing’s Cameron Waters.

“We worked our arses off to get here. We rocked up to our first race, put it on the front row, and were fighting for a podium with five laps to go.

“It’s obviously not the way we want it to end but we’re really proud of what we’ve achieved. We’ll go home and rebuild, come back, and do it again.”

The team quickly determined the car couldn’t be repaired trackside and the team duly called their weekend early.

The team will take its car back to their Box Hill base in Melbourne where it will be stripped and assessed. The team has a spare chassis waiting in the wings should it be needed.

“We’ll work it out and we’ll find a way to get back on the grid in a couple of weeks at Sandown and see if we can come back strong.

“It’s got a fair bit of chassis damage, which is obviously pretty disappointing, but we’ll have to find a way to get it fixed and find a solution.

“It’s definitely not repairable at the track. We haven’t really stripped it, we’ve just worked out we can’t repair it here so we’re just going to take it home, strip it, and work out what level the damage is and what our options are and go from there.”

The team’s next outing will take place across March 20-21 at Sandown International Motor Raceway.