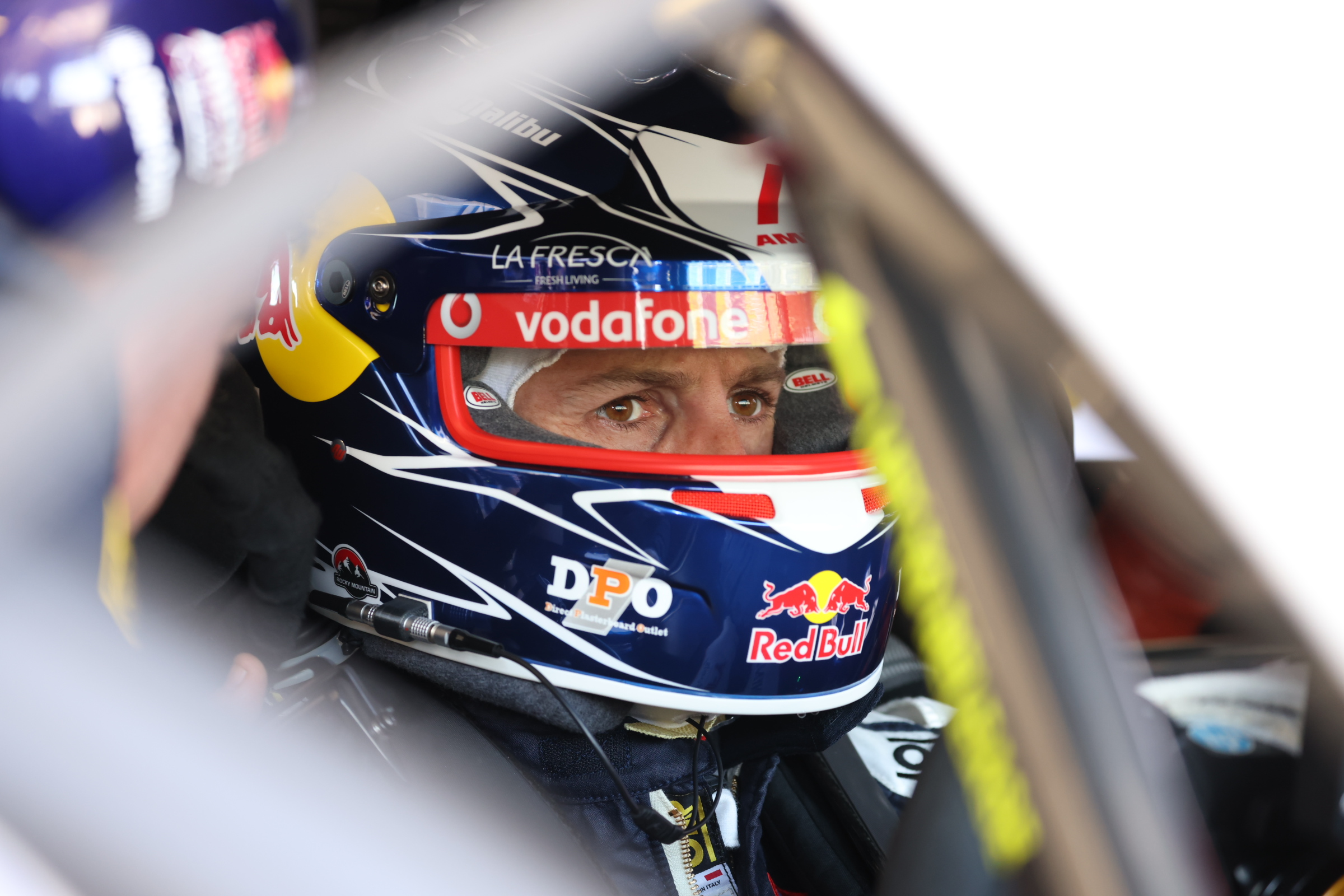 Jamie Whincup was left puzzled by his Friday pace

The seven-time champion was fourth fastest in Practice 1 on a 2:05.8697s, ending the session 0.6641s adrift of the day’s dominant driver Chaz Mostert.

Whincup drifted back in Practice 2, a 2:06.1055s seeing him round out the day with the 16th fastest time in the session.

The 38-year-old was puzzled by the apparent lack of pace, but said he would work with new engineer Wes McDougall to bridge the gap.

“Unfortunately, we didn’t end up that strong today,” said Whincup.

“We got through our programme easy enough, but we simply didn’t have enough pace in the end, which is quite strange.

“Looking at our set-up programme, the results delivered should have been ‘X’ but we ended up with ‘Y’, so there’s a bit of digging to do to find out where the performance is.

“We got held up on my fast lap, but I honestly don’t think we would’ve gone much quicker than the time that we posted – in summary, we didn’t set the house on fire.

“Day one is in the books with Wes which is nice, and I believe we’re working well together, however, the measuring stick is how much pace we have out of the car, so we’ll be focusing on that tonight.”

If not for a lock-up on his final flying lap, the Kiwi may have improved having set two personal best sectors.

The 31-year-old also has a new engineer in his camp, with David Cauchi moving across from the Whincup stable this year.

“Practice 1 this morning is a bit of a blur, to be honest, but the second practice was pretty good.

“We were behind on tyres because we didn’t run them in the first practice session, but overall, it felt alright.

“I made a mistake at the end of the last practice session, so we’re better than we look, but at the moment my car is a little bit tough to drive, so we’ll do some tuning overnight to fix that.

“The relationship with myself and Cauchi is going really well so far, and I’m excited to see what we can achieve for the rest of the weekend.”

Practice 1 and Practice 2 were led by Chaz Mostert of Walkinshaw Andretti United, in both instances followed by Tickford Racing’s Cameron Waters.

The Supercars Championship field is next due on track for Qualifying for Race 1, tomorrow at 09:05 local time/AEDT, with a Top 10 Shootout to follow in the early afternoon.