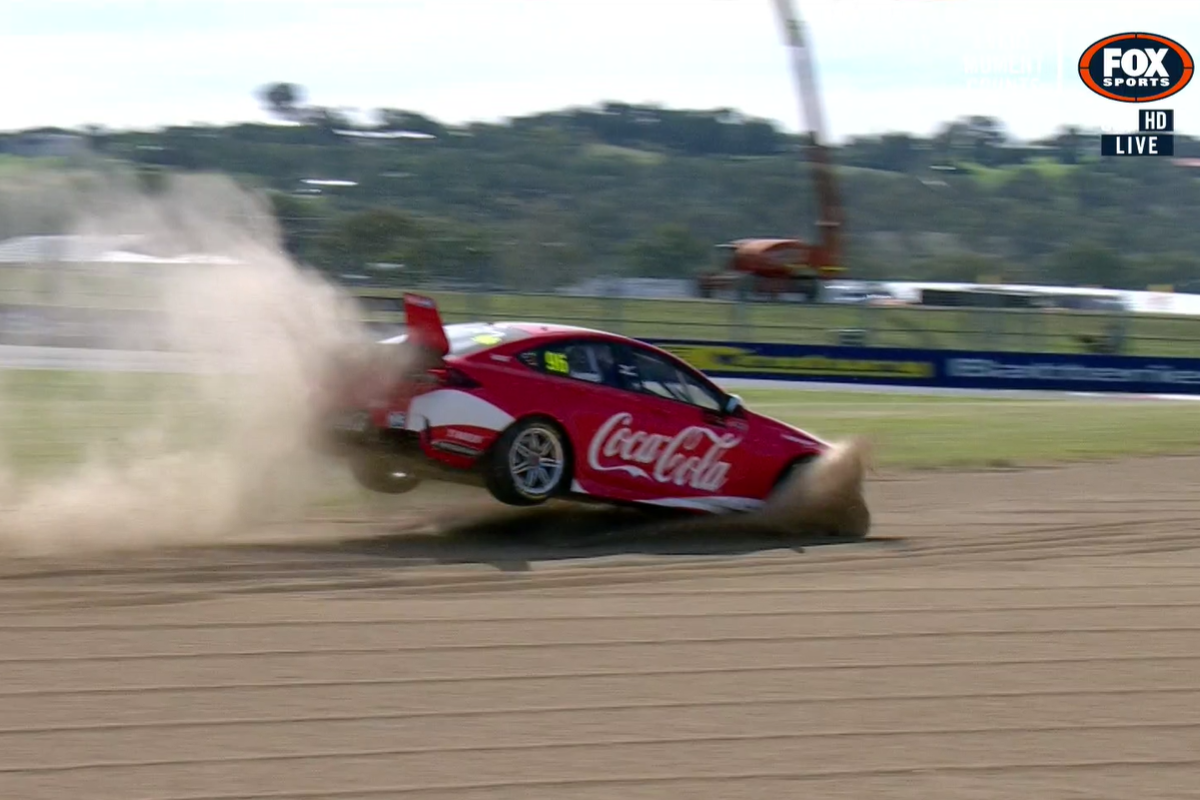 Jones goes off at The Chase / source: Fox Sports

Practice 2 at the Repco Mount Panorama 500 was red flagged five minutes into the session after Macauley Jones beached himself in the gravel at The Chase.

Jones speared off the road on his first flying lap, burying the #96 Holden ZB Commodore.

“Yeah, well, it’s easy to do over there really,” said team boss Brad Jones of his son’s off-road excursion.

“He’s had a bit of a run off; we’ll get it back and someone will unfortunately have to clean the Coke car off and get ready for them to run again in a short period of time.”

Just minutes before Jones’ off, the sister #14 entry of Todd Hazelwood began to smoke with a suspected steering rack issue.

He pulled his car off to the side of the road at the top of The Mountain on approach to McPhillamy Park.

“He was talking about it on the radio and obviously he’s stopped on the track now so we’ll get it back and have a look at it.”

Hazelwood added, “Starting the first lap of the session and it feels like it’s just ripped the line off the steering rack.

“Lots of pressure its filled the cabin with spoke and quite dramatic but hopefully its a quick fix and we can pressurise the line and get it out there again.

“If not it might be a more sizeable job, replace the rack and maybe we can get out there for some laps later in the session.”

Both Jones and Hazelwood were recovered during the stoppage.

The session restarted with Cameron Waters of Tickford Racing at the top of the order followed by Mark Winterbottom (Team 18) and Brodie Kostecki (Erebus Motorsport).