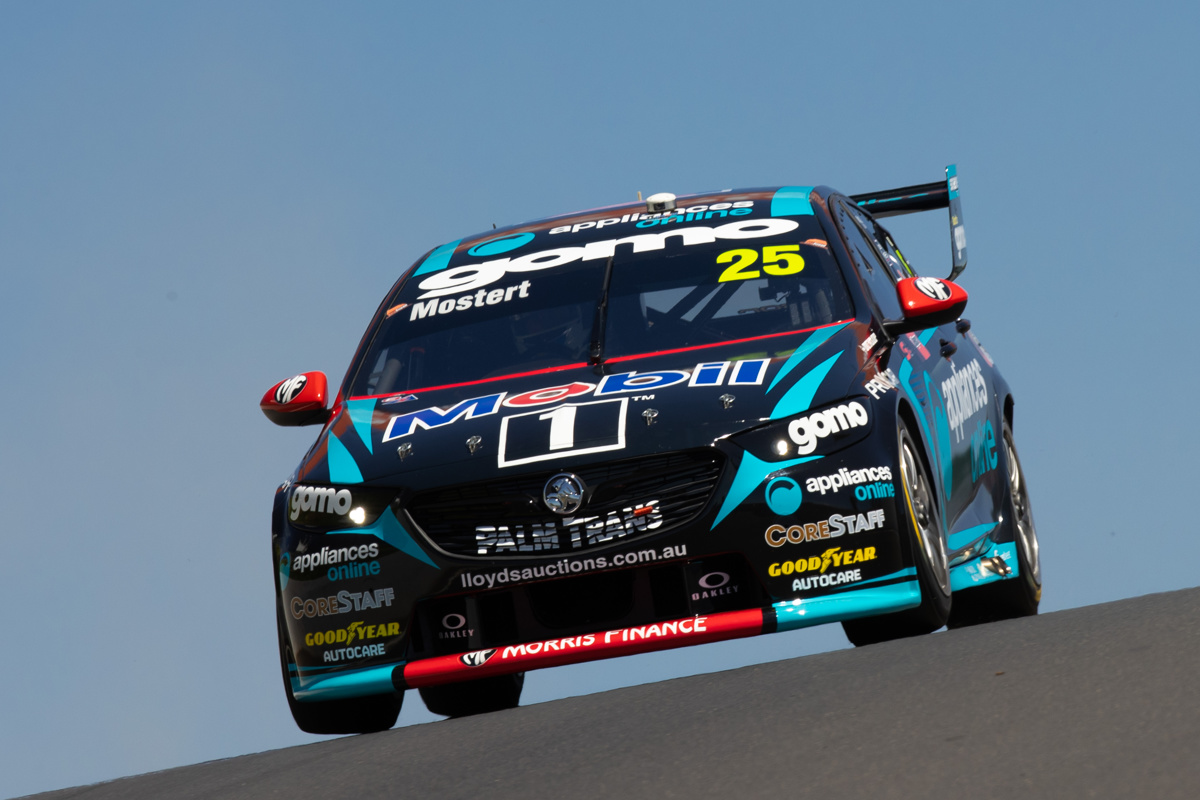 Practice pace-setter Chaz Mostert tackled Bathurst in a car “so different” to that in which he ended last season at the same circuit thanks to Walkinshaw Andretti United’s off-season developments.

Mostert was fastest in both sessions on the opening day of the Repco Mount Panorama 500 as he commenced his second year at WAU, having finished the first with a podium in the Great Race.

The 2014 Bathurst 1000 winner’s move to Clayton along with the engineer who has been by his side for most of his career, Adam De Borre, was seen as a serious coup for the team seeking to emulate its past glories.

While the arrival of Grant McPherson as head of performance will have to wait until he serves out his ‘gardening leave’ on his way out of Triple Eight Race Engineering, WAU’s already enviable brains trust, which includes technical director Carl Faux, has seemingly thrown plenty at its ZB Commodores in the break.

As such, Mostert has significantly different hardware at his disposal despite the Supercars Championship field picking up where it left off, at Mount Panorama.

He duly pipped former team-mate Cameron Waters by just over a hundredth of a second in the Practice 2 ‘happy hour’ to top the day.

“I hope I haven’t peaked too soon but it’s obviously good for us and our team,” quipped the ex-Tickford Racing driver.

“Obviously, it was my first year with the team last year and to be able to come back to the same track we finished off last year and really try some different things over the break that we kind of came up with, it’s been a really good test today for us.

“Obviously the car is pretty pacey, we hope that it doesn’t get cold tomorrow and then our cars turn to crap, but overall we’re pretty positive with how today went.”

Asked how his set-up compared to that which he had for last October’s Great Race, Mostert expanded on that sentiment.

“It’s a bit of a hard question,” he responded.

“For us, as a team, we are so different than what we finished the end of the year [with], so it’s probably a better question for someone that’s pretty similar.

“But overall, I feel like today the car has picked up on some of its weaknesses. It’s probably got some other little issues going on now, but overall, it’s a much bigger positive for us today.”

There is even more intrigue than usual about who might win the championship which goes on offer in the season ahead, given Scott McLaughlin’s departure for IndyCar.

Mostert, however, was not making any bold predictions about whether or not his opening day performance signals him as a genuine contender for the crown, in light of how much WAU has changed over summer.

“At the moment, all I’m thinking about is each session as it comes,” he explained.

“I mean, it’s so different from where we were at the end of last year to where we are now, so our focus is on just qualifying tomorrow, going from there.”

The 28-year-old also starts the 2021 campaign with a new chassis altogether, but said greater comfort after a full season with WAU was a key difference compared to last year’s opening event.

“The chassis’s not much different but the boys have done a pretty good job changing everything from my chassis from last year into the new one this year and felt really comfortable straight out of the gate,” remarked Mostert.

“I mean, last year, 12 months ago, the first round or so, trying to get comfortable in the car when you go to a different team is always a little bit tricky.

“But this year, just brand-new car and unless they told you, you probably wouldn’t know. Everything’s just a little bit nicer in the paint inside, because obviously over 12 months it all deteriorates a little bit, but the car feels good.

“We’ll see if we can reward it this weekend.”

Qualifying for Race 1 of the Repco Supercars Championship starts tomorrow at 09:05 local time/AEDT.