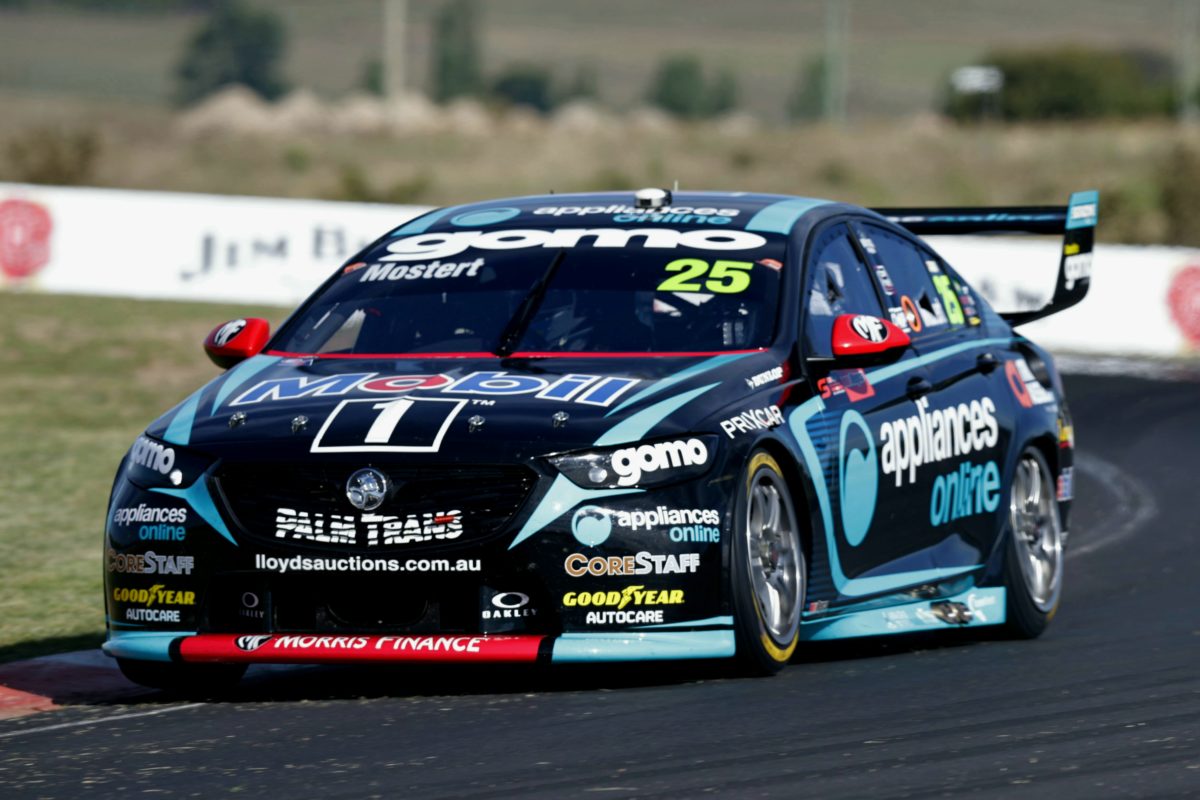 Chaz Mostert has edged Cameron Waters to the fastest lap in Practice 2 for the Repco Mount Panorama 500 by barely more than a hundredth of a second.

Mostert had set the pace in the opening practice session of the new season but the Walkinshaw Andretti United driver’s margin this time around was much skinnier after his late 2:04.7817s trumped Waters’ slightly earlier effort by 0.0111s.

Shane van Gisbergen might have joined them somewhere in that region on the stopwatch but locked up and ran off at The Chase having gone personal best to the second sector, leaving Scott Pye third all told.

There was early drama in the hour-long session when Todd Hazelwood’s #14 Dunlop Super Dealer ZB Commodore began billowing smoke due to a suspected steering rack issue.

However, it was Hazelwood’s Brad Jones Racing team-mate Macauley Jones who triggered a red flag in the sixth minute when he sailed off at The Chase and the #96 Coca-Cola ZB Commodore became stuck in the gravel.

Hardly any had set a representative lap time, if at all, to that point, although Waters (#6 Monster Energy Mustang) had managed to bang out a 2:06.4981s which had him fastest by over a second.

That remained the case until Brodie Kostecki, reportedly using the green tyres which he had not in Practice 1, wheeled the #99 Erebus Boost ZB Commodore to a 2:06.1484s, around 10 minutes after the restart.

Mostert set a new fastest lap of the day, a mantle which he already held, when he clocked a 2:05.1039s in the 32nd minute in the #25 Mobil 1 Appliances Online ZB Commodore.

Van Gisbergen jumped to third in the 38th minute with a 2:05.7936s despite admitting to a less than tidy third sector over his radio.

Slade’s effort also put Pye back to third, although he quickly reclaimed second spot with a 2:05.3896s.

As many went for new tyres in the final few minutes, Waters jumped from seventh to first with a 2:04.7928s, but Mostert had a little bit more time in Car #25.

Behind Pye and Slade, James Courtney joined Waters in putting a Tickford Racing entry into the top five with a 2:05.4928s from the #44 Boost Mobile Mustang after the chequered flag.

Hazelwood did get back out to claim 18th-fastest of the 23 drivers who took to the Mount Panorama Motor Racing Circuit, with Will Brown (#9 Erebus WD-40 ZB Commodore) sidelined at least for the time being after his Practice 1 crash.

The second practice session of the year also saw pit stop practice with teams allowed to refuel, while drivers were each granted a practice start at the conclusion of the piece should they have chosen to do so.

The Supercars Championship field is next due on track for Qualifying for Race 1, tomorrow at 09:05 local time/AEDT, with a Top 10 Shootout to follow in the early afternoon.