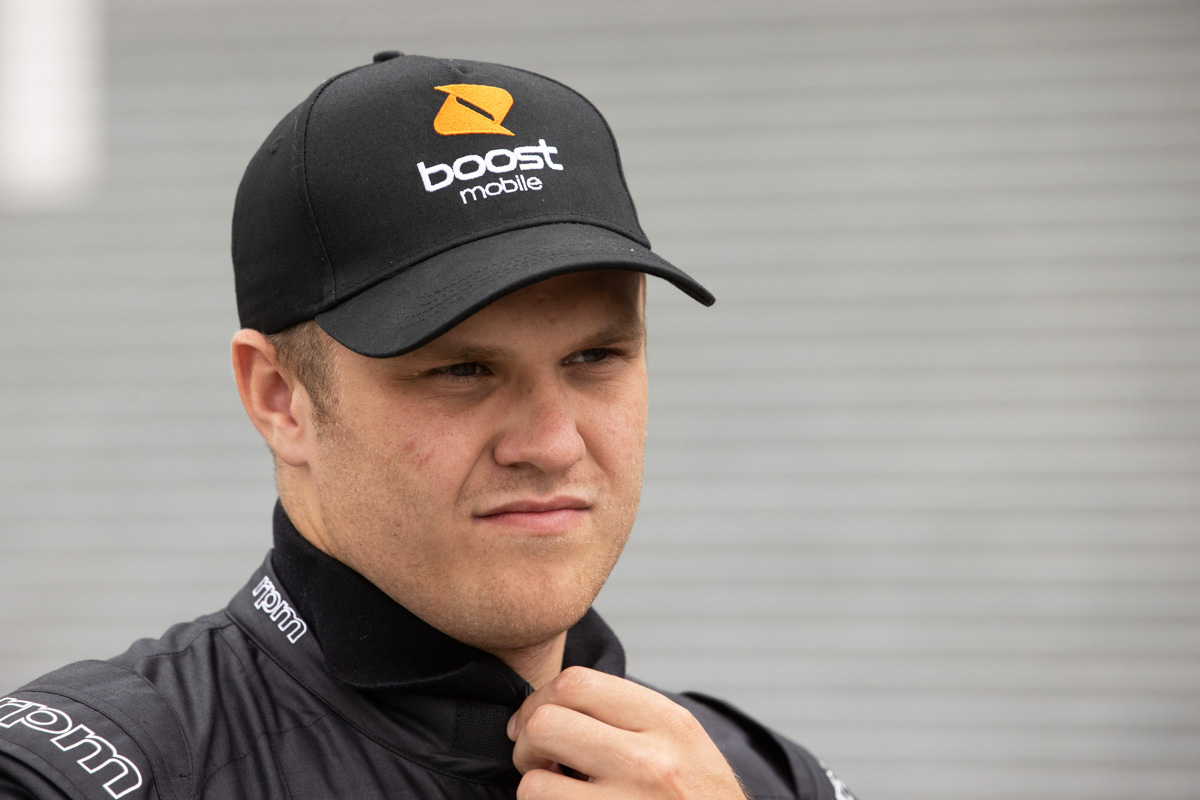 Brodie Kostecki is set to play a vital role in the revival of Erebus Motorsport team-mate Will Brown’s full-time debut.

Brown’s start to his rookie campaign got off to a horror start – an early fast lap aside – when he crashed out of Practice 1, heavily damaging the front end of his WD-40 Holden.

That initially left Brown in doubt for the entire rest of the round, but Erebus CEO Barry Ryan has since set a target of getting him on-track in time for qualifying tomorrow morning.

That will only come after a likely all-nighter, following which Brown’s lack of practice mileage is planned to be overcome by plugging Kostecki’s set-up straight into the #9.

“The direction that my car has gone today, we’ll just put that straight into Will’s car,” Kostecki told Speedcafe.com.

“We have the same driving style which helps a lot.

“I’m sure once the boys get it back together he’ll go pretty good in qualifying.”

Apart from a scare of his own in Practice 1, Kostecki impressed to finish sixth in the afternoon session.

That time represents the fastest lap the 23-year-old has ever driven around the Mountain, a fact he was only made aware of thanks to Ryan.

“We’ve been pretty focused on trying to be as fast as possible and we still have a couple of rabbits to chase ahead of us so we’ll have to put our heads down tonight and I’ll have to do some homework,” said Kostecki.

“We have to get the car a little bit better and try to roll out the gate for qualifying and try to bump up the order a bit more.”

Brown has already flagged a desire to repay his crew with a Shootout berth, and Kostecki thinks such a result is not out of the question.

“I’ll have to up my game a bit myself, it’s a lot different than Super2 qualifying, you have to put a bit more on the line for it but I think it’s definitely achievable.

“We have been working really hard in the off-season to try to get the cars a bit better and so far it has shown pretty well so I’m pretty happy.”

Qualifying tomorrow takes place at 09:05 AEDT, before the Top 10 Shootout gets underway from 12:10.