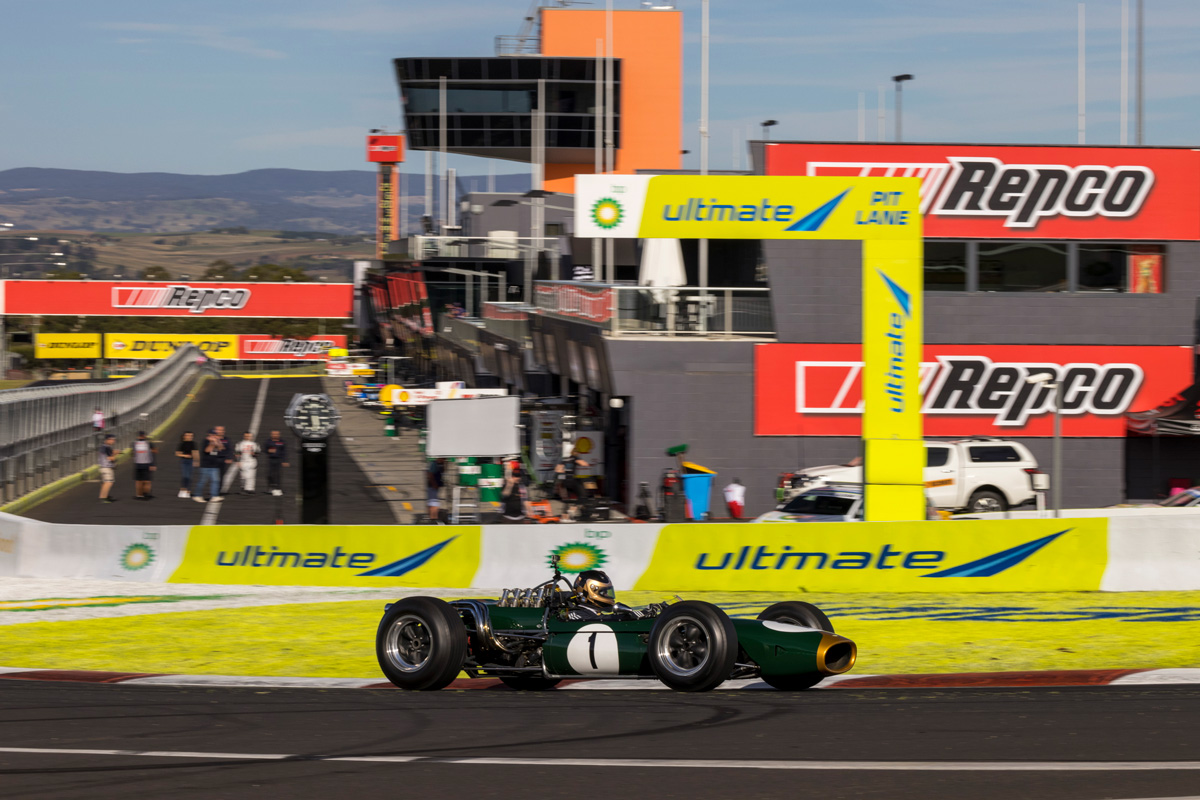 Sam Brabham takes the BT-19 for a spin at Bathurst

Sir Jack Brabham’s 1966 world championship-winning Repco-Brabham BT-19 will lead the Supercars field to the grid in a spectacular start to the 2021 season.

Sam Brabham, the grandson of Sir Jack, will be behind the wheel of the fabled Formula 1 car for the occasion.

It’s part of Supercars’ celebrations surrounding the launch of an array of Repco-related deals, including category naming rights.

The BT-19 will circulate The Mountain at the head of the order – determined by Top 10 Shootouts – for each of the 250km races on Saturday and Sunday, both starting 15:00 AEDT.

Brabham hailed it as a significant opportunity.

“The history this car holds with our family is very special,” he said.

“I have driven it once before, never around Mount Panorama, I am so excited to head up Mountain Straight for the first time. I can’t thank Repco enough for giving me this opportunity.”