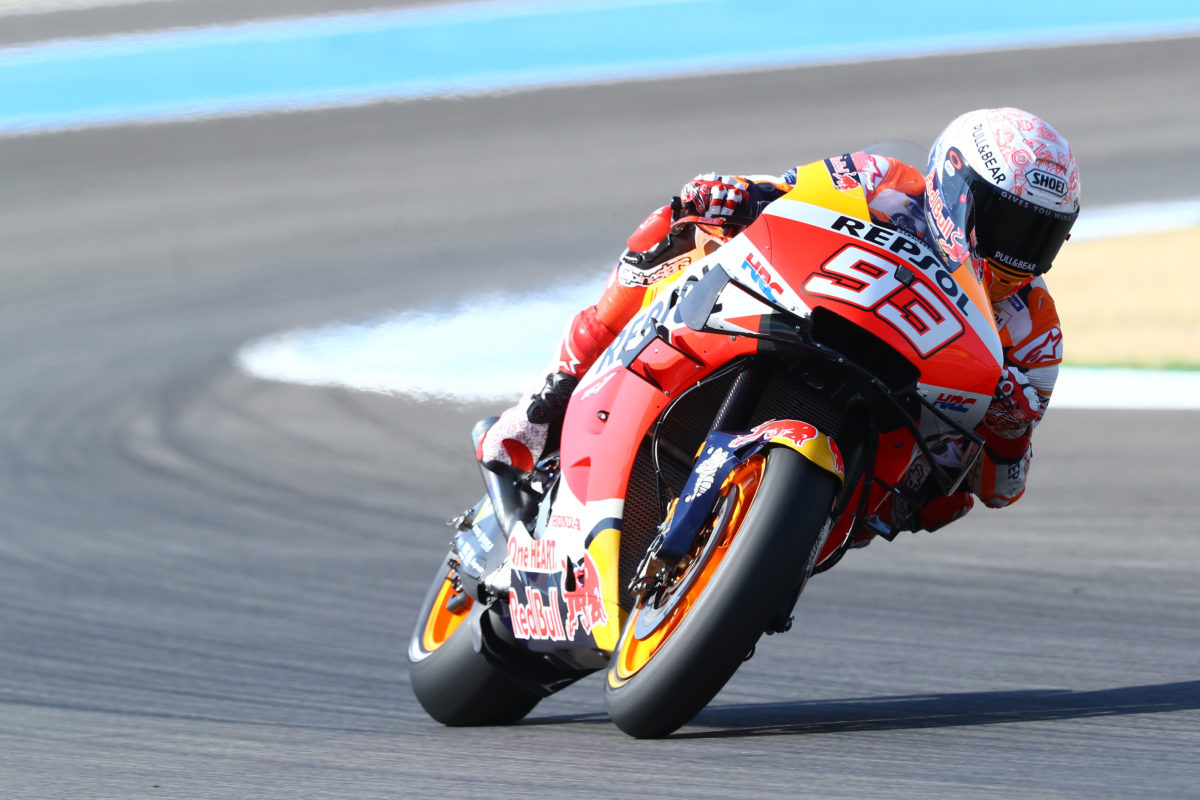 Marc Marquez says he never doubted that he would race again, despite admitting to periods of frustration about his long recovery from a broken arm.

Marquez crashed heavily in last year’s season-opening race and, but for an aborted attempt to ride the following weekend, has been out of action since.

He twice required surgery during that period, the latter of those being to replace a plate which he is said to have broken while opening a door at home after Round 2.

A third operation followed in last December due to pseudarthrosis (false joint) and an infection in the broken humerus, and Marquez has ruled out partaking in pre-season testing in Qatar next month.

However, the six-time premier class champion still considers the opening round of 2021, on the last weekend of March, as a possibility.

Speaking after Repsol Honda’s season launch, he admitted that the lack of improvement at times was frustrating, but that he did not lose hope for his career.

“It was tough on the physical side but also the mental side,” said Marquez.

“It was especially really hard around September, October because in that period the feeling of my arm was exactly the same. No improvement.

“It wasn’t going in a worse way, but no improvement.

“I felt like something inside was moving. This was my feeling.

“Then I had many different checks to try to find infection. But all the analysis and tests I did were negative. But something was not in a good way.

“The doctors said ‘you must wait’. I was waiting and I did what they said but the feeling was the same.

“Those two months were really hard. But then after the third operation – it was hard because it was 10 days in hospital – but then since then I’ve started to feel some steps with the arm and the feeling.

“I tried to always be optimistic and I never thought I would not race again.

The Shakedown Test takes place on March 5, followed by the first Official Test on March 6-7, while the season proper eventually gets underway at the same circuit, Losail, on March 26-28.