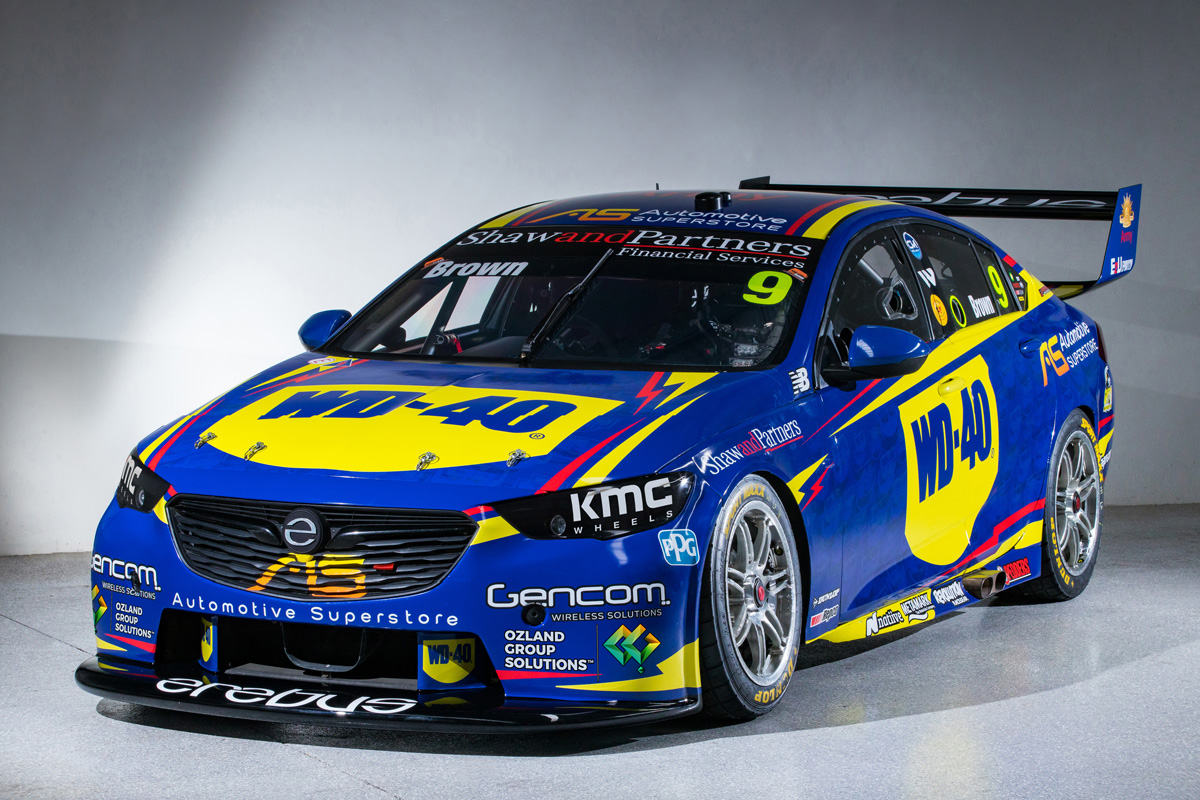 Erebus Motorsport has revealed Will Brown’s livery for his Repco Supercars Championship debut at Mount Panorama.

The team has confirmed a rolling sponsorship programme for the #9 entry, with WD-40 coming onboard for the opening round of the 2021 season.

Brown makes the step up to the premier touring car championship after four seasons in the Dunlop Super2 Series.

“I am very excited to have WD-40 on the car for the opening round at Bathurst,” said Brown.

“They’re such an iconic brand and have been in motorsport for a long time so it’s great to have them feature on my car.

Erebus Motorsport boss Barry Ryan added, “To start the year off with WD-40 is really exciting.

“WD-40 have come onboard for the entire season, but this round it takes top billing.

“WD-40 is the brand of choice for the team and the car is sure to make a big impact on-track.”

Brown’s livery is the last to be revealed and follows that of team-mate Brodie Kostecki who will carry Boost Mobile backing.

Which livery is your favourite? CLICK HERE to cast your vote in this week’s Pirtek Poll.