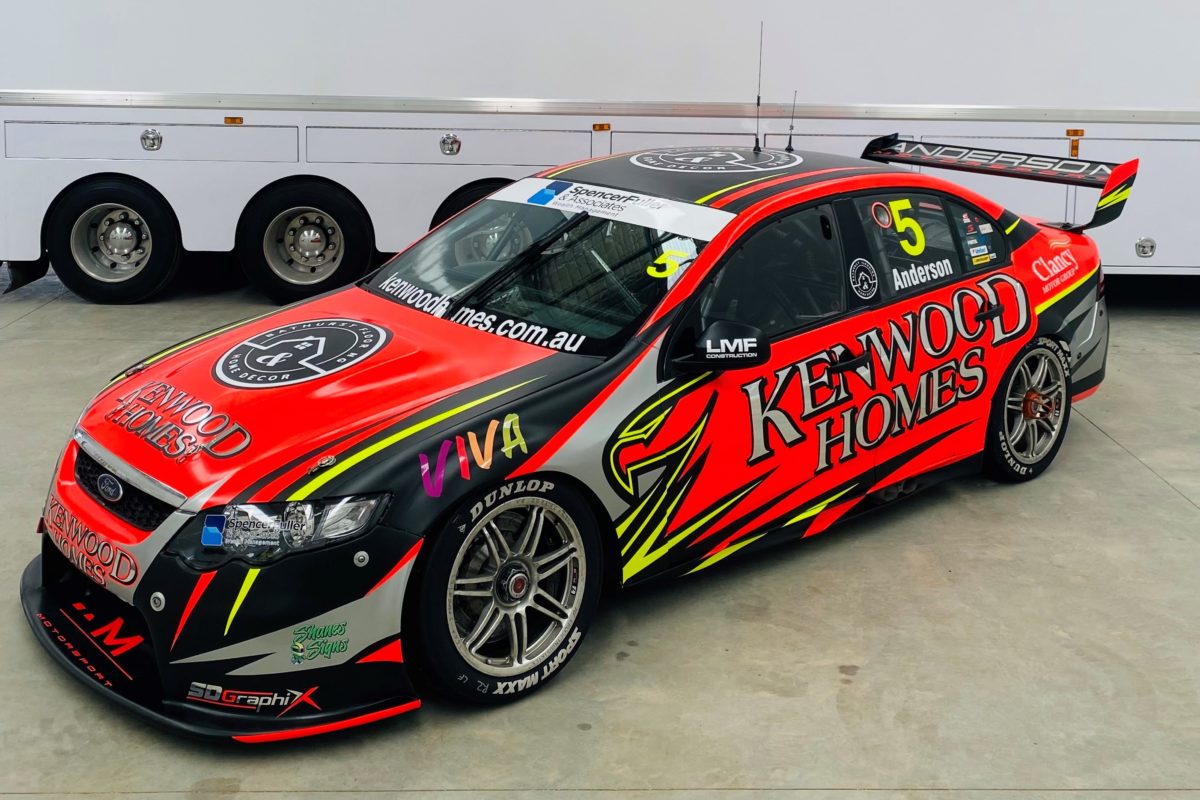 Super3 class title winner Michael Anderson has put his return to the series down to the rare chance to race a Supercar twice at Bathurst in the one year.

Anderson, who won the Super3 Cup title for privateer entrants in what was then known as V8 Touring Cars, is back in the driver’s seat after two years of fielding younger drivers.

The first of those in the third tier was Jayden Ojeda, who was runner-up in 2019 then ended up top rookie in his maiden Super2 season last year, with MW Motorsport.

Similarly, Ojeda is joined at MWM this year by Declan Fraser, who was among the class contenders in Anderson’s ex-Ford Performance Racing FG Falcon in 2020.

While the Bathurst local had interest from the outside in driving his Ford this time around, he has chosen to take the reins himself due to the lure of two rounds on the famous race track on his doorstep.

Those support this weekend’s Repco Mount Panorama 500 and October’s Bathurst 1000, a unique situation given Supercars is using its otherwise vacant Bathurst 12 Hour slot in place of a Newcastle event this year.

The combined Super2/Super3 field is also set to take in Winton, Townsville, the Sydney SuperNight, and the Gold Coast in a six-round season.

“I had a fair few young kids wanting to do it but, in the end, I made the decision that, as a racer, I don’t think you’ll see this calendar again,” Anderson told Speedcafe.com.

“Doing two Bathursts, a Townsville, and having the final round at the Gold Coast, in summer, I reckon there’s not a better calendar, realistically, for any category in Australia; I don’t think Carrera Cup’s anywhere near as good [for example].

“I just think it’s a good calendar and the rounds are spaced well apart, so we can do proper set-ups and not have to rush parts away and get them back.”

Also playing on Anderson’s mind is the introduction of Gen3 on the horizon, potentially as soon as next year even for Super2.

“You’ll never really see too many times in support categories that you could do two Bathursts in the season, with Supercars,” he reiterated.

“I think if I didn’t do it, and put someone in the car again then looked back in five years’ time, I think I would have regretted it, especially with the talk of the Gen3 car coming into Super2 because, whenever it does, Super2 and Super3 won’t be together any more.

“So, there was only the space of a year, maybe next year, to make this happen, and I thought, ‘Bugger it, I think I’d regret it if I didn’t do it.’”

A test was to have been held at Sydney Motorsport Park last week, although rain put paid to that plan.

Anderson does, however, have experience in the Falcon Supercars and also experience at Mount Panorama, including the 2018 Bathurst 6 Hour, to lean on.

“It’s not the most ideal run into Bathurst you could get, but it is what it is,” he said.

“We’ve got the car prepared to perfect, 100 percent standard, so it should be good.”

Round 1 of Super2/Super3 encompasses a pair of 75-kilometre races, one each this Saturday and Sunday.