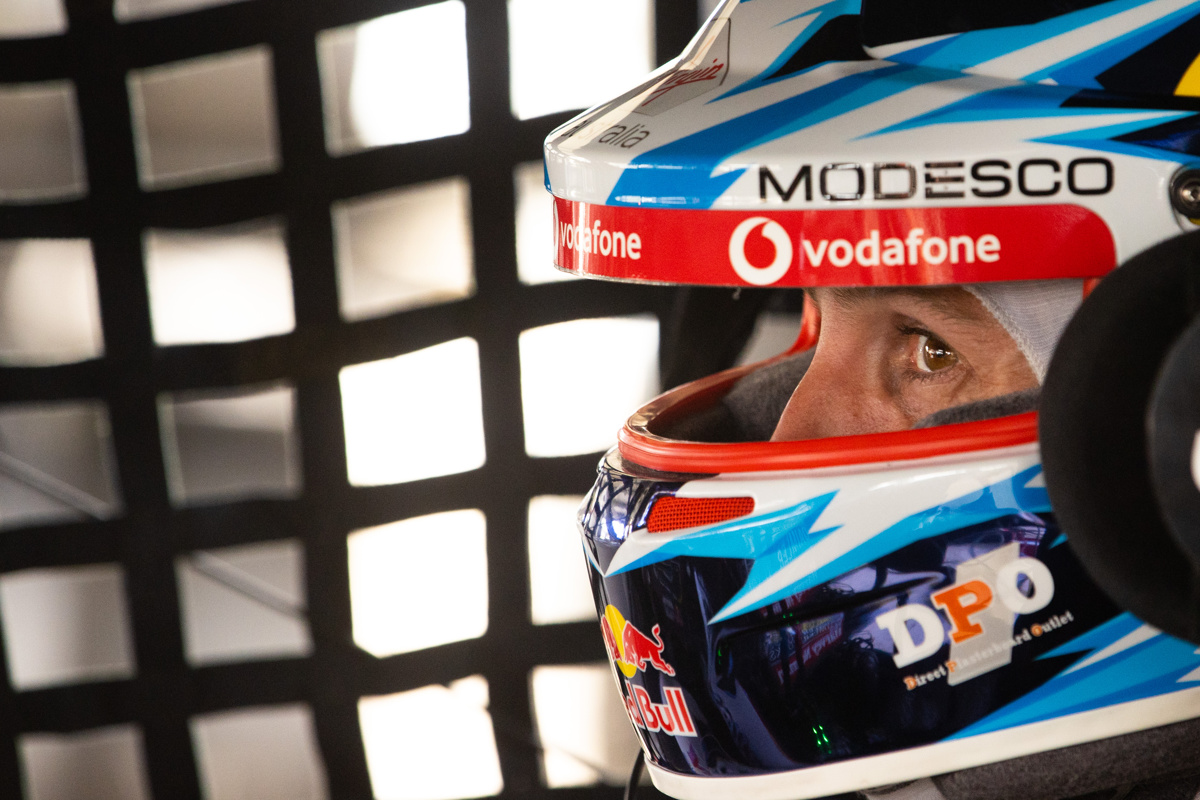 Jamie Whincup has quipped that he would rather his final year as a full-time Supercars driver not become a ‘funeral tour’ like that which Craig Lowndes experienced.

The seven-time champion will step out of the driver’s seat at season’s end, albeit with the potential for an enduro role going forward, three years after Lowndes did likewise.

As one of his team-mates at Triple Eight Race Engineering, Whincup had a front row seat for that swansong in 2018.

It began with a televised press conference at the Townsville event to announce the news, midway through the season, and culminated in a one-off livery and lap of honour on the final day in Newcastle.

Whincup had a colourful take on how the year played out for Lowndes, when speaking at Supercars’ 2021 season launch at Mount Panorama.

“I witnessed Lowndesy go through what we call the ’funeral tour’ a few years back, which I was sort of trying to avoid,” he remarked with a smile.

“But it’s good to get the announcement out of the way early, and certainly have clarity for all our commercial partners and also certainly the staff at the Red Bull Ampol Racing team about what the plans are.

“But really, we can probably talk about more of that at the end of the year.” 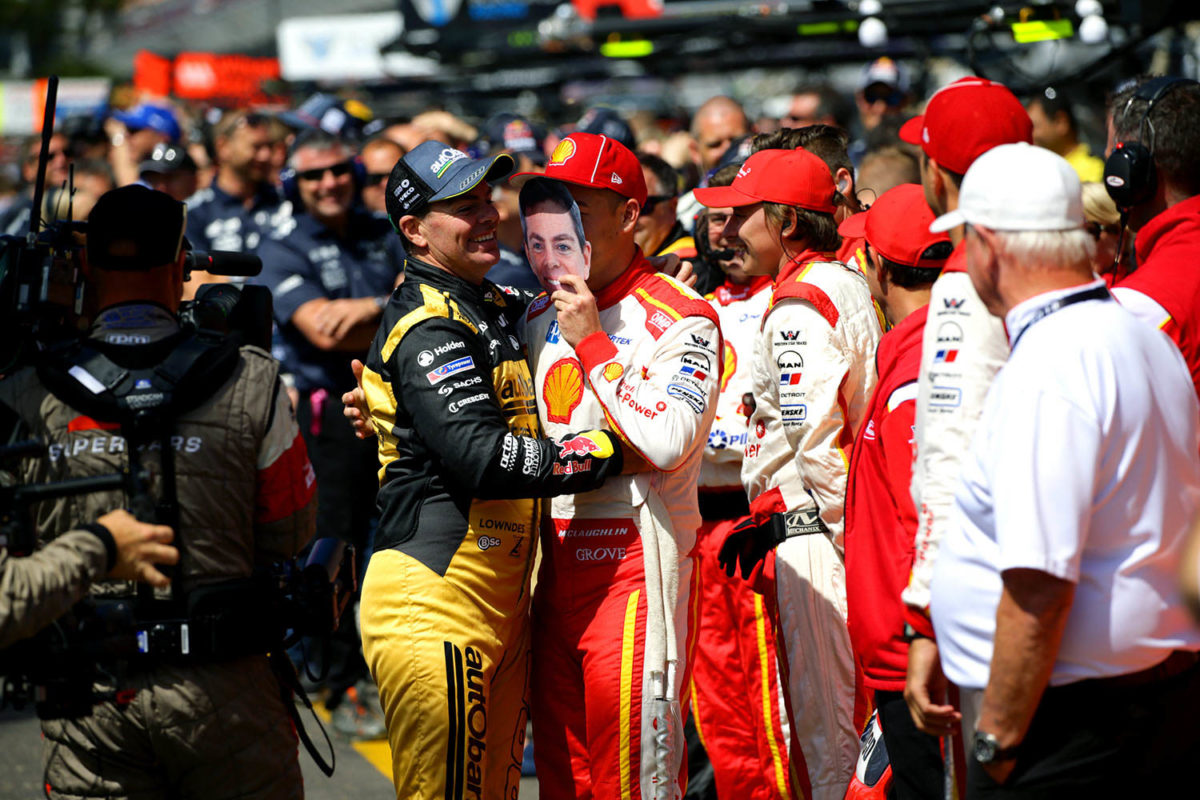 Craig Lowndes is honoured in pit lane on his final day as a full-time Supercars driver, at the 2018 Newcastle 500

When later prompted to expand on that comment, Whincup suggested that his farewell season would not quite be the high-profile affair that Lowndes’ was.

Already, that has been the case, with the 38-year-old’s driving future announced by way of a press release followed up by a call for selected media, rather than being beamed live on Fox Sports.

However, it is also but one element of a wide-ranging shake-up to Triple Eight, which will see Whincup become team principal as Roland Dane steps back from the workforce altogether at the end of the year, and Tony Quinn buying in to become the largest shareholder.

Whincup noted that he will continue to be a presence in the paddock in his new role, as Lowndes was when he shifted into television punditry.

“I watched Lowndesy go through the last year [of full-time driving] and he’s so much more famous than I ever will be,” he declared.

“People were sort of treating him like he was going to die the next year, but he’s still a part of this pit lane as much as he ever was, and hopefully I can be the same as well, with the new role.

“So, if you want to get rid of me, unfortunately I’m still going to be around for a little bit longer, just not inside the car.”

Regardless, the man himself says he will be putting sentiment aside until December’s season finale on the Gold Coast.

“I think I’m going to save all that until the last round, and the cool thing is, the last round’s at home as well, on the Gold Coast,” observed Whincup.

“So, no, I’m not thinking about it, I’m not talking about the R word, it’s not a factor yet at all.

“I won’t be around forever, so I’m just trying to do the best I can while I’ve got it.”

Opening practice for the first event of Whincup’s final full season, the Repco Mount Panorama 500, kicks off on Friday at 12:00 local time/AEDT. 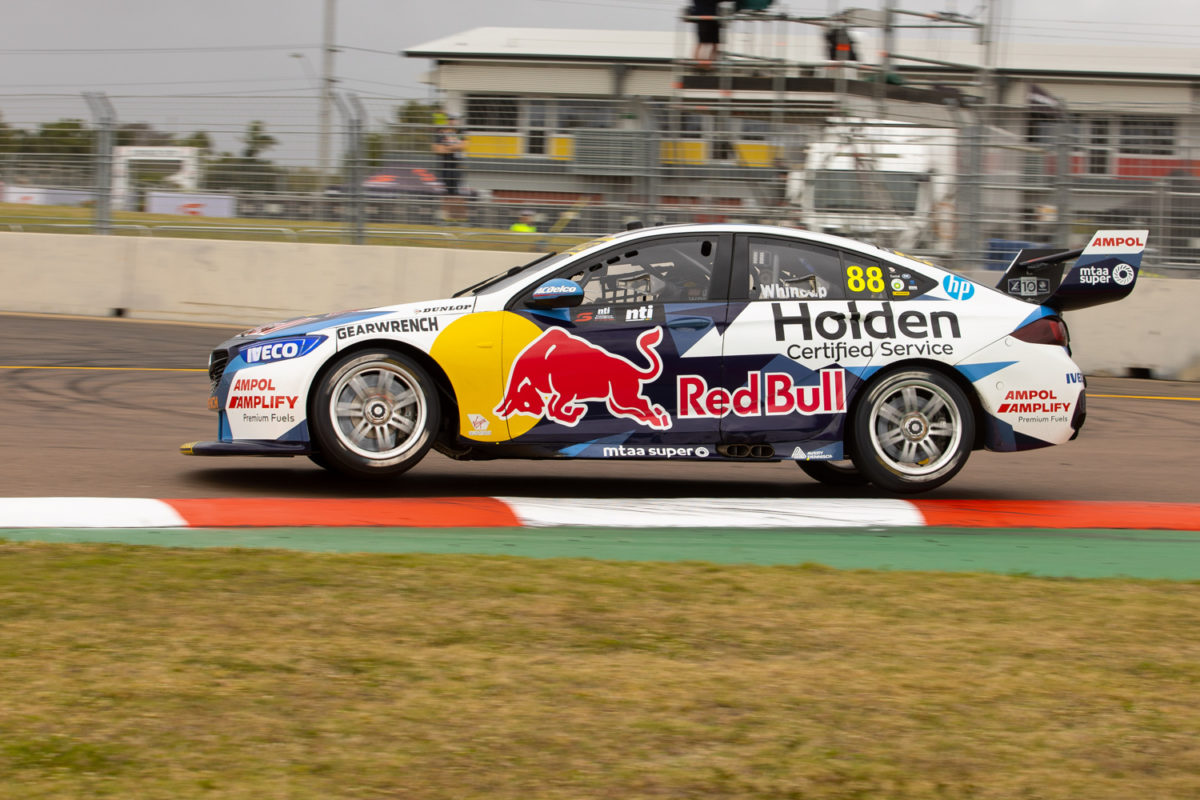