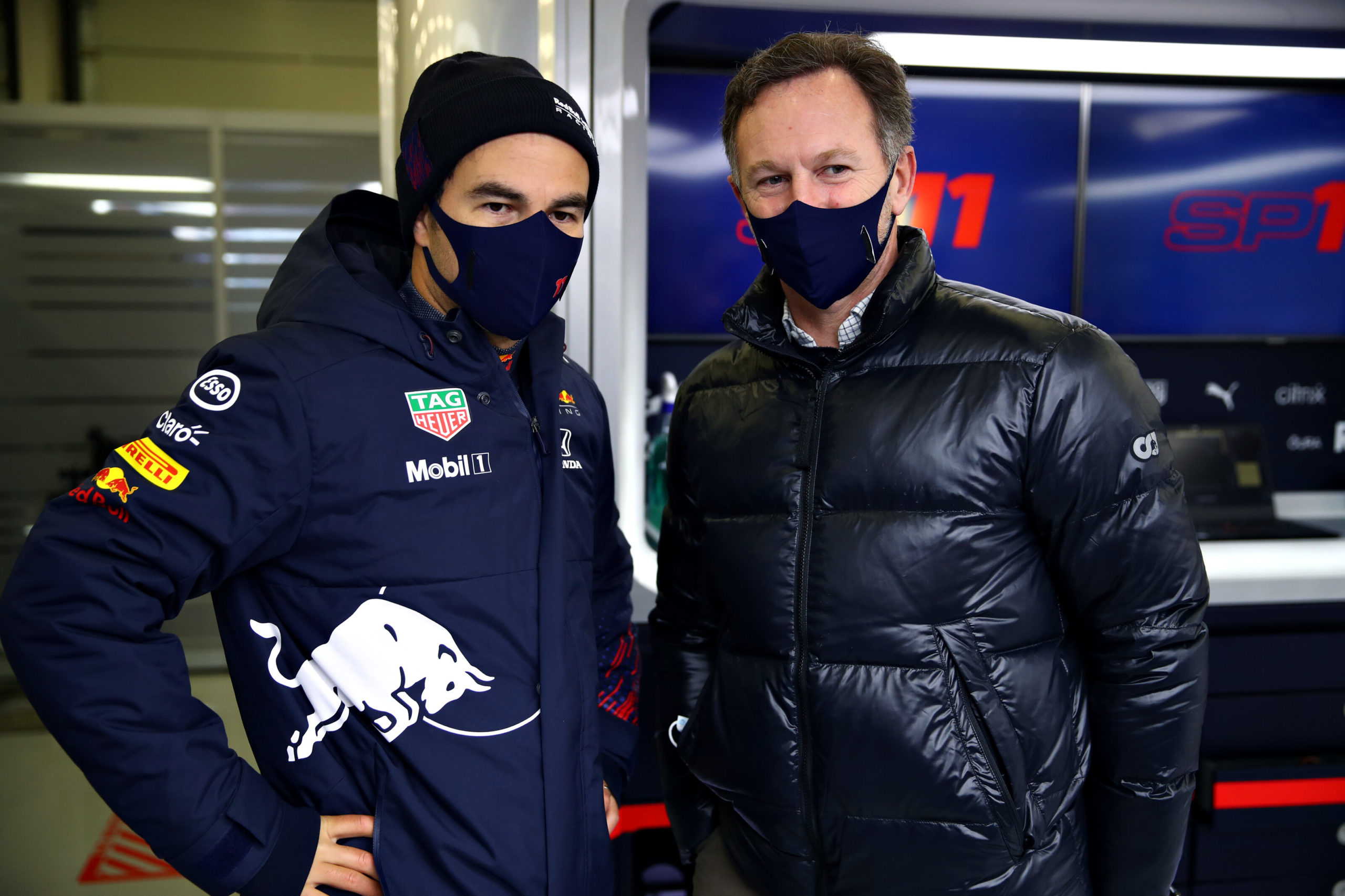 Sergio Perez has described seeing his name on a Red Bull Racing Formula 1 car as “a dream come true” after his first test with the team.

The Mexican driver tested the team’s 2019 specification car, the RB15, at a cold and wet Silverstone Circuit.

The two-day test will act as a precursor to the team’s run on track with its new RB16B as part of a filming day.

“To look at my name on the car is something extremely special. It’s definitely a dream come true.

“I have to say that I am very pleased with how my first day went,” he added.

“The way I explain the car is different to what they’ve been used to and vice versa as well.”

The team spent much of the day completing short runs as well as getting Perez comfortable in the car.

“We’ve done a lot of preparation, so many days in the simulator in the factory with the controls,” said Perez.

“I have to say that I’m pleased with the progress we’ve made in terms of feeling a bit more comfortable.

“I have to say for the first day I felt very comfortable. It’s still a Formula 1 car in the end, but the seating position is different, the steering wheel, the grip, the power in it, the power delivery, the torque, it’s just so many things that are different.

“Getting comfortable in the cockpit is important so when we get to Bahrain I am able to just focus on trying to get the performance right because with a day and a half in the car, it’s really nothing.

“The more we can get done here the better we will be prepared for the first test in Bahrain.”