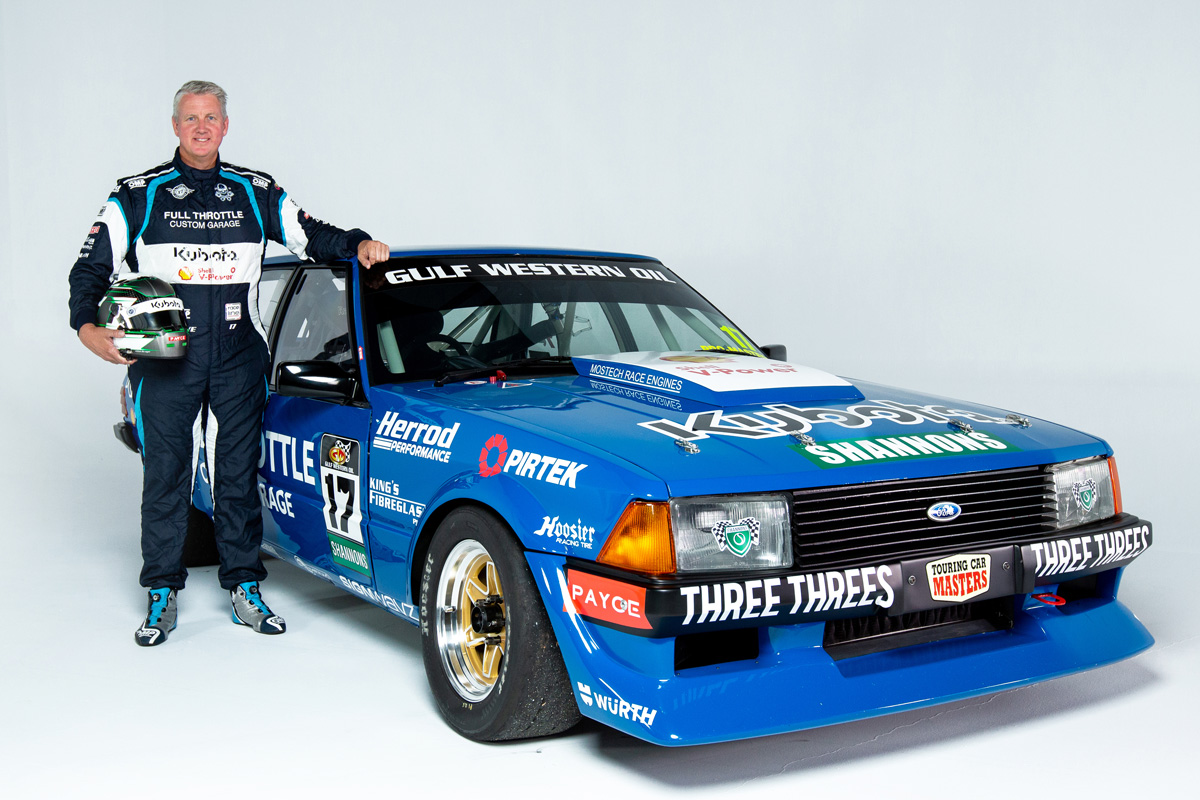 Steven Johnson says there is a lot of emotion attached to Tru-Blu 2 making its first appearance at Mount Panorama this weekend.

The car was made famous in 1980 when Johnson famously hit a rock in the Bathurst 1000, resulting in an outpouring of support from fans and sponsors.

Johnson returned a year later to win the Great Race, claiming the first of five victories in the endurance event.

Tru-Blu 2 attracted significant interest at Lakeside Raceway in early 2020 when it made its on-track debut.

The car has so far made just two competitive outings, the first at last year’s Adelaide 500 and more recently at Symmons Plains as part of the Race Tasmania event.

In an extended interview with Speedcafe.com, Steven Johnson said the return of the Tru-Blu colours to Mount Panorama brings heightened emotions.

“To be honest, I think I’m going to be pretty nervous,” said Johnson.

“I’ve always tried to keep that similarity that, yes, we’re family, but he’s done what he’s done and I’ll do what I’ve done.

“Statistics wise, I probably haven’t lived up to what he’s done, especially in Supercars, but obviously TCM is a bit different.

“To be able to represent where he started and what really got his career going is something special.”

Touring Car Masters will take in one trophy race and three points paying races at the Repco Mount Panorama 500.

Johnson said rolling out at The Mountain for the first time will bring back memories not only for himself but for fans of the Dick Johnson era.

“I think it’s going to be a very emotional return there, even with the amount of Bathursts we have done,” said Johnson.

“In 1980 it all started with ‘The Rock’ and 1981 to come back and win it in a car predominantly funded by Ford and the fans was a great reward.

“To bring this car out so many years later now in Touring Car Masters, I guess it’s had a massive following.

“A lot of people around the country, a lot of fans, came up to us in the only two meetings it’s done. It’s been phenomenal, the crowd engagement.

“I guess the memories this car brings back to them is what really excites them about Touring Car Masters.”