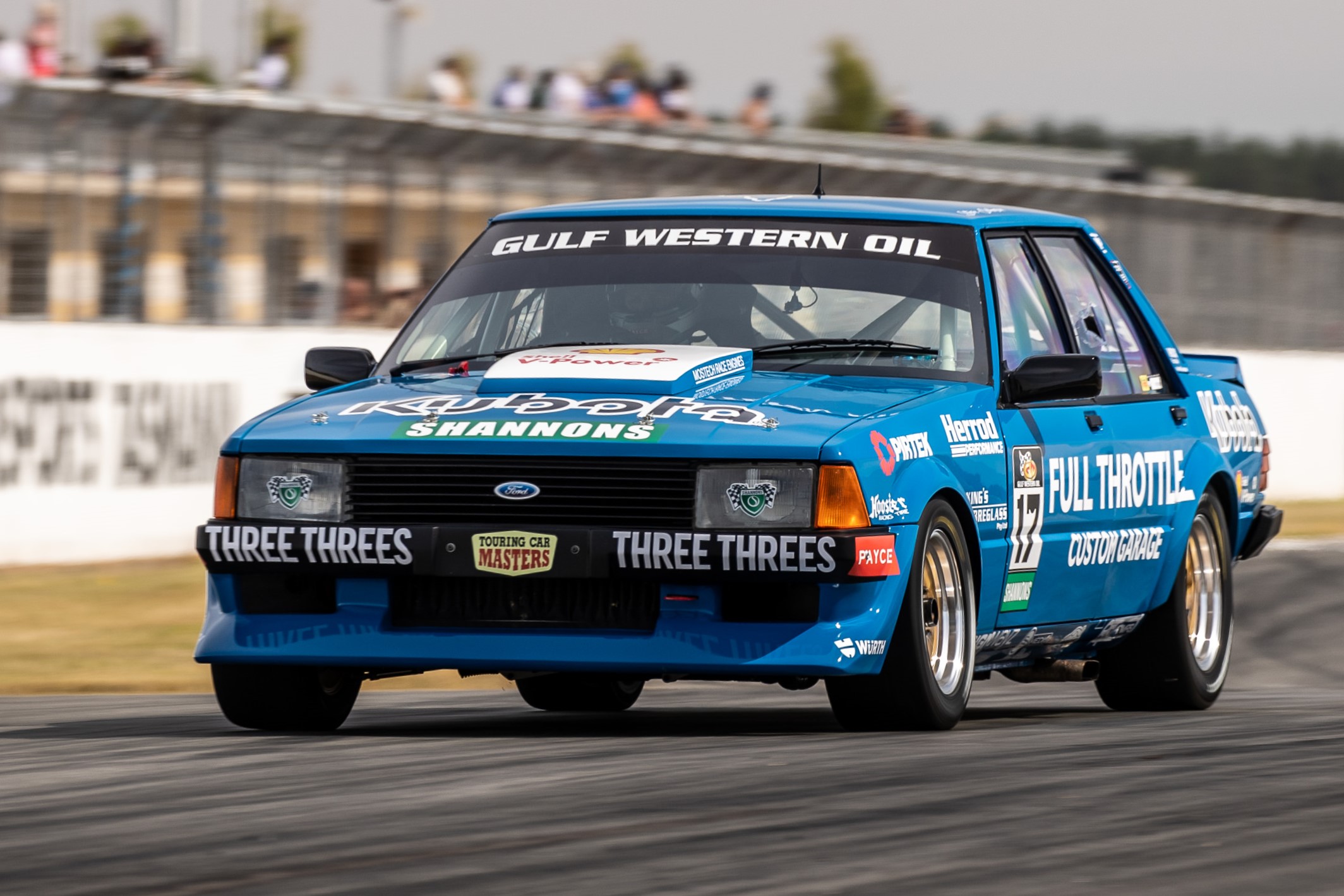 History will repeat in Bathurst this weekend when the iconic Tru-Blu colours return to Mount Panorama.

Tru-Blu 2, a homage to the original Ford XD Falcon driven by Dick Johnson and John French to victory in the 1981 Bathurst 1000, will be piloted by the former’s son Steven Johnson this weekend.

The tribute car made its on-track debut in early 2020 at Lakeside Raceway, the site at which Dick Johnson won his first of five Australian Touring Car Championships.

“It’s going to be pretty cool to bring a ‘Tru-Blu’ Falcon back to Bathurst,” Steven Johnson said.

“Whether they were fans or not, so many people have memories of watching the original car and Dad race there in the 1980s.

“It’s such an iconic piece of Bathurst history so to go back there with our new Tru-Blu 2 TCM car is pretty special.

“The car is still very new and we’re still learning a lot every time it gets on track, but getting to Bathurst and racing there is going to be a big step forward for Team Johnson and the car as we develop it into a race winner.”

The debut of Tru-Blu 2 at Mount Panorama comes some 40 years after the original Tru-Blu made its first appearance.

Queensland-born Johnson sits third in the Touring Car Masters standings after the opening round behind two Tasmanians.

John Bowe, who was recently diagnosed with prostate cancer, leads the standings and will race this weekend in his Holden Torana SL/R 5000.

Two drivers bring up major milestones in the series this weekend.

Andrew Fisher makes his 100th start while Mark King is set to become just the fourth driver to bring up 200 starts.

Touring Car Masters, which plays support to the Repco Mount Panorama 500, will take in one trophy race and three points-paying races across February 26-28.