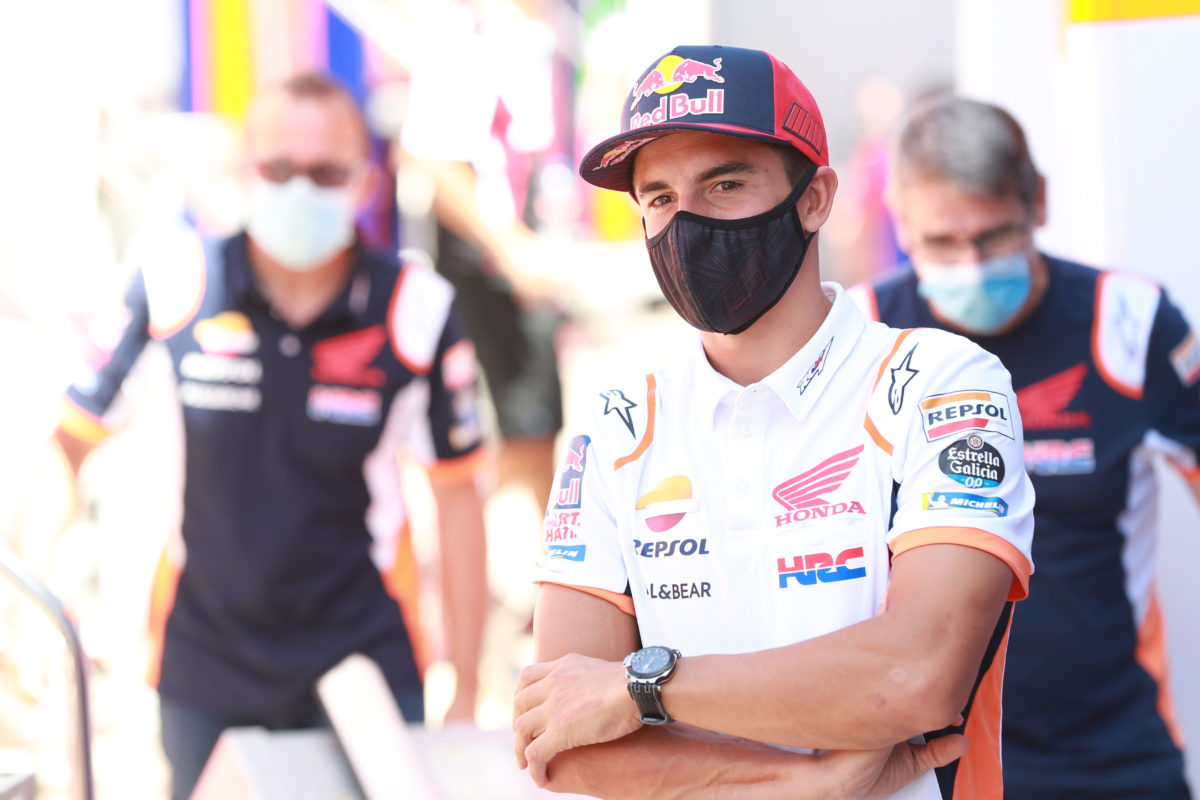 Marc Marquez still does not know when he will return to racing after missing the bulk of last year’s MotoGP season due to injury.

The Repsol Honda rider has not been in action since an aborted comeback attempt in Round 2 of 2020 at Jerez, a week after his crash in the season-opener at the same circuit.

He underwent surgery on a broken right humerus (upper arm) between those two events, and again shortly afterwards due to damage to the titanium plate which was fitted the first time around.

A third operation took place last December when it was found that the arm was exhibiting pseudarthrosis (false joint), but there has been little in the way of updates from Honda since then.

Speaking in his team’s season launch presentation, Marquez said that his recovery timeline is still unclear.

“Yeah, of course step-by-step I feel much better, and the recovery is going in a good way,” the six-time premier class champion remarked.

“Every time I go to the doctor, normally we have good news.

“That is really important because last year was quite long and tough. But now just we try to follow my body, with the physio, with the doctor, try to increase a little bit the work at home.

“But the most important thing is every week – not every day – but every week I feel a bit better and I’m optimistic to be on the bike as soon as possible.

“But I don’t know exactly when will be the day.” 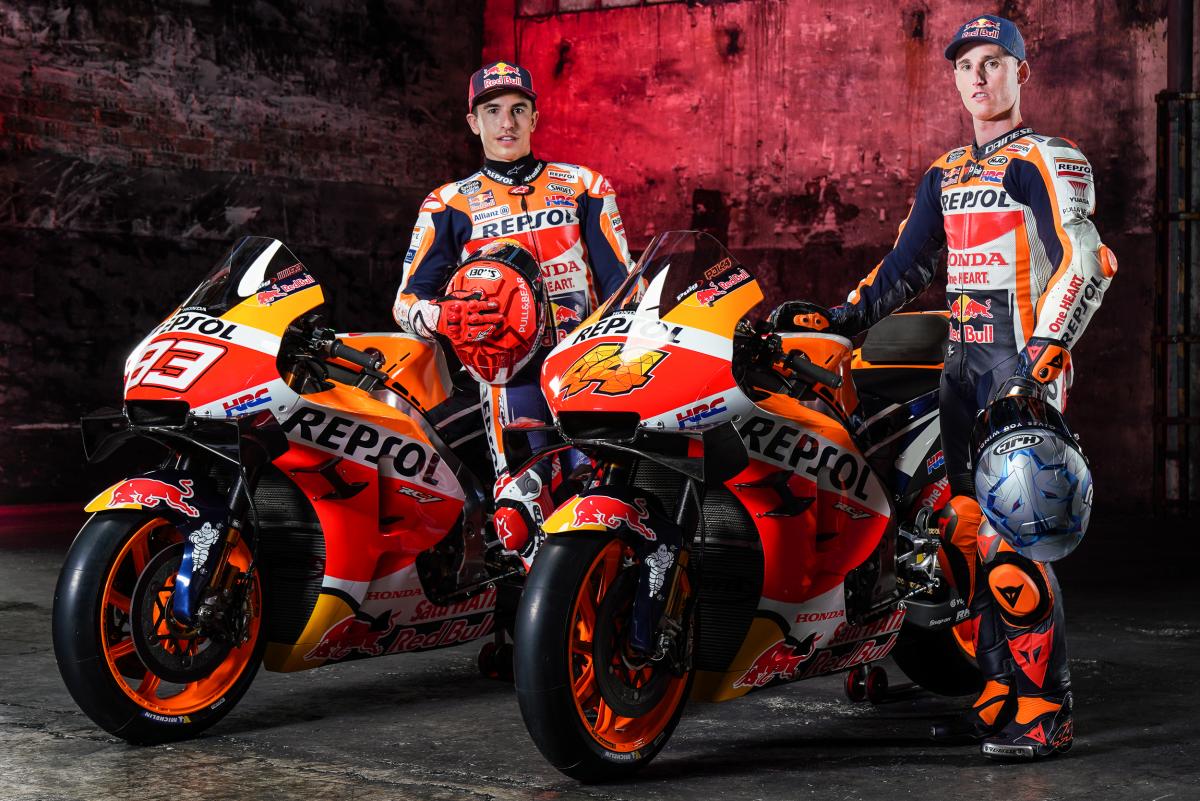 Marquez has at least ruled out riding in pre-season testing in Qatar, which takes place on March 6-7 and March 10-12.

He has not given up, however, on contesting the Qatar Grand Prix on March 26-28, despite early speculation about a six-month recovery period following his latest surgery.

The Spaniard has promised not to be “aggressive” with his rehabilitation, but will also not wait until he is fully fit to be back on the bike.

“Yeah, of course at the moment I don’t have an idea,” said Marquez about a goal for when he might return.

“But always I try to be optimistic and I try to have the next goal.

“So, my goal was try to be on the Qatar test. I will not be in Qatar test, but during that week I will have a doctors check and then my second goal will try to be in Qatar race.

“Of course, it will take time… I’m already working, but not in an aggressive way.

“And when the bone consolidation will be OK, when the feeling is 100 percent, then I will try to continue working in a good way to recover all the muscles and try to be in a good condition to ride the bike.

“Then when I feel the bone consolidation is fine, my muscle condition, my physical condition is in the correct way – not 100 percent because this will take a lot of time, but in a correct way to ride a MotoGP bike I will do.”

The 28-year-old was also hesitant when asked about whether or not he will need time to adapt to riding again, once he does come back.

“It’s a difficult question because it’s the first time in my life, my career, that it’s been six, seven, eight, nine months, 10 months without [riding] a bike, with a big injury,” he noted.

“For sure the first time I ride the bike I will not be 100 percent because one thing is being 100 percent in the bone side, and then 100 percent on the muscles and all these things.

“We will see. Of course, I imagine the best comeback, that is starting again and being the same, but it will be difficult to be like this.

“But we will see if it takes one race, two races, half season to be the same Marc [as before].”

Stefan Bradl is set to stand in for the former again if he is absent from the opening races of 2021.