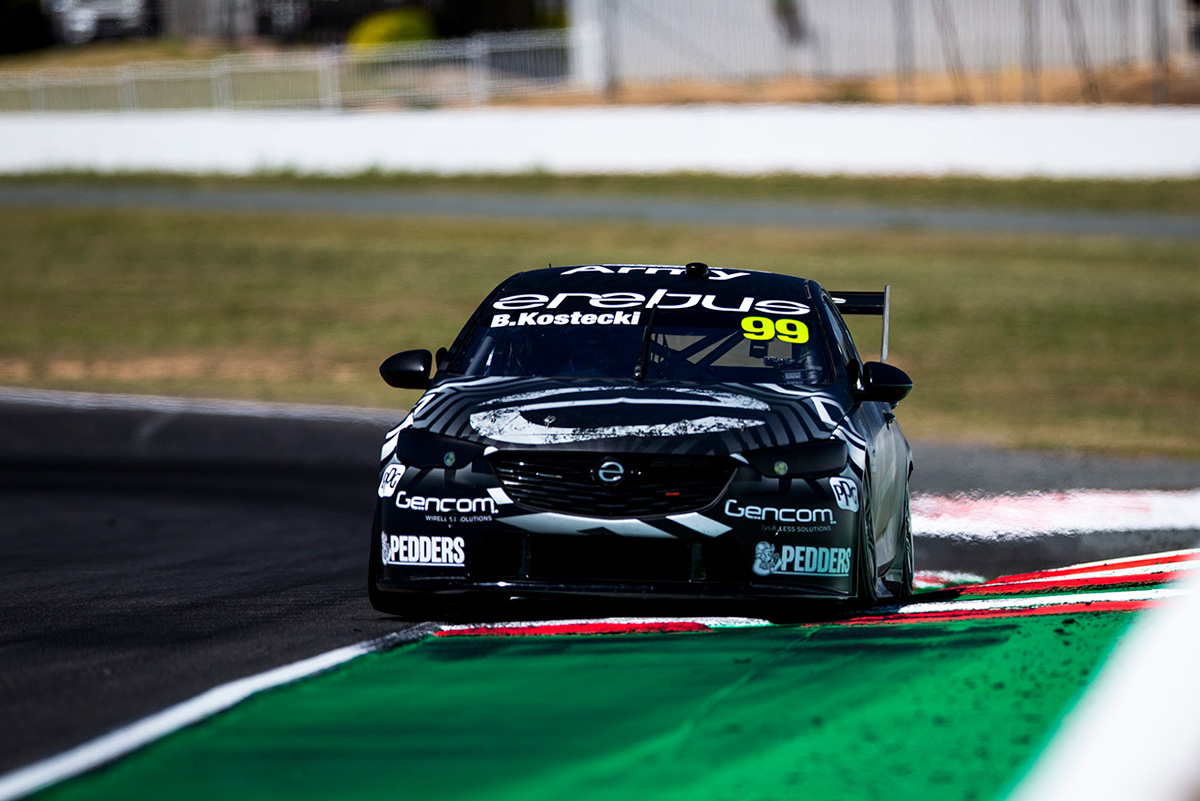 Four months ago, Brodie Kostecki made his mark with an elbows-out defensive drive in the Great Race for Erebus Motorsport.

Such was his vigour that he even forced seven-time champion Jamie Whincup into a rare mistake, before making life difficult for several other rivals as he defied engine issues.

Now graduating to primary status in the #99 Commodore, Kostecki’s solo debut in the Repco Supercars Championship this weekend comes at the very same venue, Mount Panorama.

It could be deemed a daunting introduction to life as a full-time Supercars driver, but the 23-year-old is embracing the challenge.

“The calendar is quite different to what it has been in the past but it doesn’t get much better as an introduction to the series,” he said.

“Ending at Bathurst last year and starting at Bathurst this year is definitely going to be a big plus, especially with the line-up of engineers that we have.” Joined by fellow rookie Will Brown in the sister #9 entry, Kostecki is chasing consistency throughout the coming campaign.

“Hopefully, we can start where we left off at the end of 2020, fix up a few things and be fighting towards the pointy end of the field,” he added.

“I think the hardest thing this year is going to be trying to stay consistent throughout the year and make minimal mistakes.”

Veteran engineer George Commins, who joins Kostecki after a long tenure with retired champion Rick Kelly, believes the familiarity of the Bathurst circuit will put the West Australian product in good stead.

“There’s certainly an advantage for Brodie, the only time he’s driven one of our cars is at Bathurst, Tailem Bend and most recently Winton,” Commins said.

“Bathurst is a track he knows well and it’s run on a hard tyre which he’s had more experience with.”

Kostecki will compete this season with Boost Mobile backing, his livery having been launched Monday.

The track schedule for the Mount Panorama 500 has been revised, including added practice running on Friday.