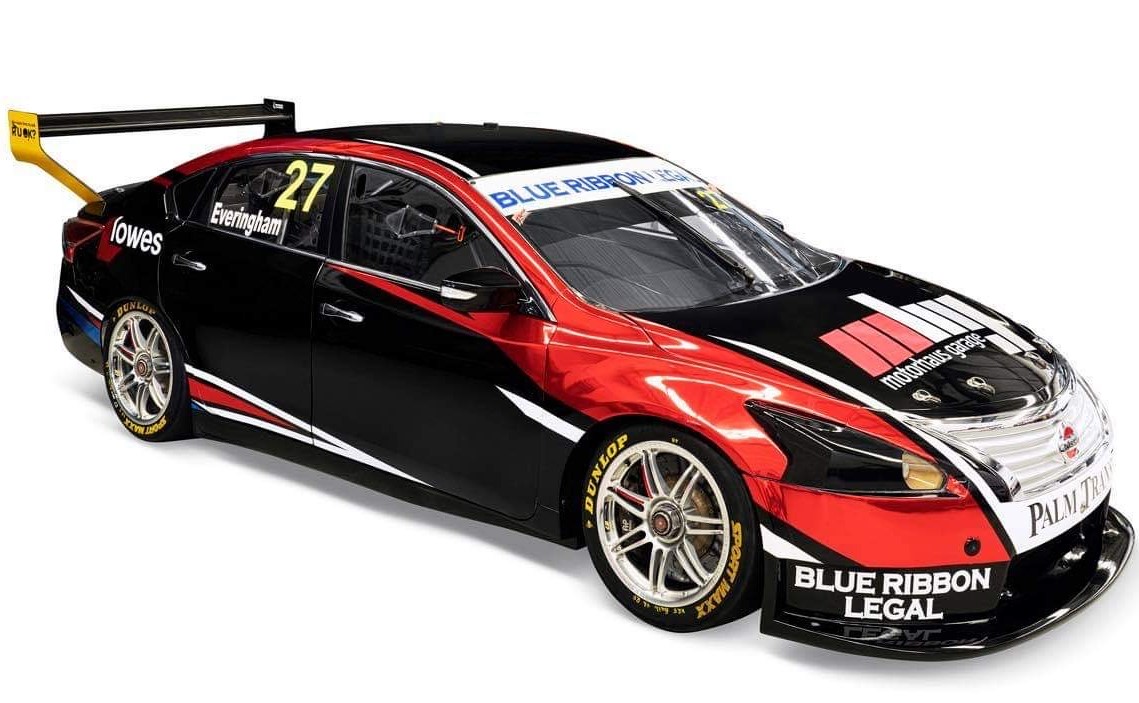 Tyler Everingham has revealed his livery for his return to the Dunlop Super2 Series.

Everingham was named the Mike Kable Young Gun in 2019 after a race-winning rookie season in Super2, but contested just the one round last year due initially to a budget shortfall and then a focus on his wildcard tilt at the Bathurst 1000.

The season ahead also marks the Dubbo youngster’s return to MW Motorsport, with which he made his second-tier debut and also won the 2018 Super3 Series.

He will be part of an expanded, four-car Nissan Altima line-up for the outfit which has taken out the last two Super2 titles, alongside Jayden Ojeda, Josh Fife, and Declan Fraser.

Everingham is also back in Car #27, the same identifier he raced under in 2018 and 2019, which now carries black and cherry red hues with backing from automotive start-up Motorhaus Garage, Blue Ribbon Legal, and Lowes Petroleum.

The 20-year-old got reacquainted with Altima hardware in testing at Winton earlier this month, ahead of this weekend’s opening round on the undercard at the Repco Mount Panorama 500.

“I’m really looking forward to getting back to it this weekend. It has been such a long time,” said Everingham.

“It was great to be able to get some laps in early in the month at the test days. It gave us a chance to filter out any issues and also allowed me to get a feel for the car again before heading to Bathurst.

“Hopefully I can have a decent run this weekend and bring home some positive results for my sponsors.”

Round 1 of Super2 encompasses a pair of 75-kilometre races, one each this Saturday and Sunday.