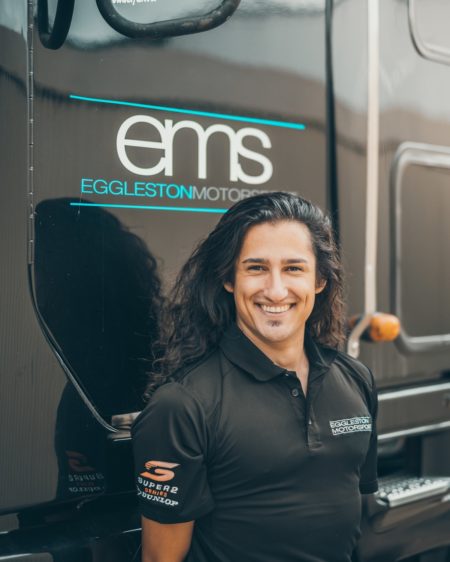 Eggleston Motorsport has finalised its line-up for this year’s Dunlop Super2 Series with the signing of national karting champion Matthew McLean.

The deal makes for three Eggleston-run Super2 entries in the field, alongside another of its own Triple Eight-build VF Commodores for Jack Sipp and the ex-Walkinshaw Andretti United Commodore which Bradley Neill will race.

Furthermore, the Melbourne-based outfit will also field Steven Page in the Super3 class which shares the grid, continuing a relationship of a number of years between the two parties.

McLean, who was linked to an Eggleston seat earlier this month by Speedcafe.com, contested three rounds of the Super3 Series in 2019 with Image Racing, and last year’s Super2 finale with Matt Chahda Motorsport at Bathurst.

The season ahead, which begins this weekend in support of the Repco Mount Panorama 500, is therefore set to be his first full one in the second tier.

“I’m stoked to have finally locked in a full season in Super2 with Eggleston Motorsport this year,” said the 24-year-old, who tested at Winton a fortnight ago.

“A lot of work has gone in to making this happen and Ben and Rach [team owners] have been there every step of the way to help get the deal done.

“The car was a rocket straight out of the box at the test day so I’m really looking forward to seeing the results that will follow.

“It’s been awesome to work closely with Brodie Kostecki and Jack Perkins as well, I have learnt so much from them already at my first test day with the team.

“Both guys have a wealth of knowledge that I can tap into to help straighten the learning curve.”

McLean has two Australian Karting Championship titles to his name and also a runner-up finish, as well as qualifying first for the 2017 world championships.

His most recent racing has, however, been in a Project Blueprint FG Falcon and then the Car of the Future-specification FGX Falcon at the same circuit which he will race on this weekend.

“Matt got up to speed quickly on the test day which was really encouraging. He was quite quick straight out of the box,” said Rachael Eggleston.

“His last race was in Super2 at Bathurst last season so it’s great to know he has got miles at the mountain in a Supercar already and won’t be having to learn the track from scratch when we go out for Practice 1 on Friday.

“While his main racing background is karting and a handful of Super3 races, he hasn’t done any other categories or learnt any other styles of driving that we need to adapt to suit the Supercar so that always makes the transition to Super2 easier.

“While Matt is a rookie we are confident that as a package we will be able to produce some solid results this season.”

The other driver who was working on landing a seat with Eggleston, Thomas Maxwell, is understood to have not been able to pull together the requisite budget for now.

Finalisation of Eggleston’s roster makes for a 28-car field which will tackle Mount Panorama this weekend, split between 15 Super2 entries and 13 in Super3.

Practice takes place on Friday with two 40-minute sessions on the cards, following by qualifying and a 12-lap race on each of the Saturday and Sunday.