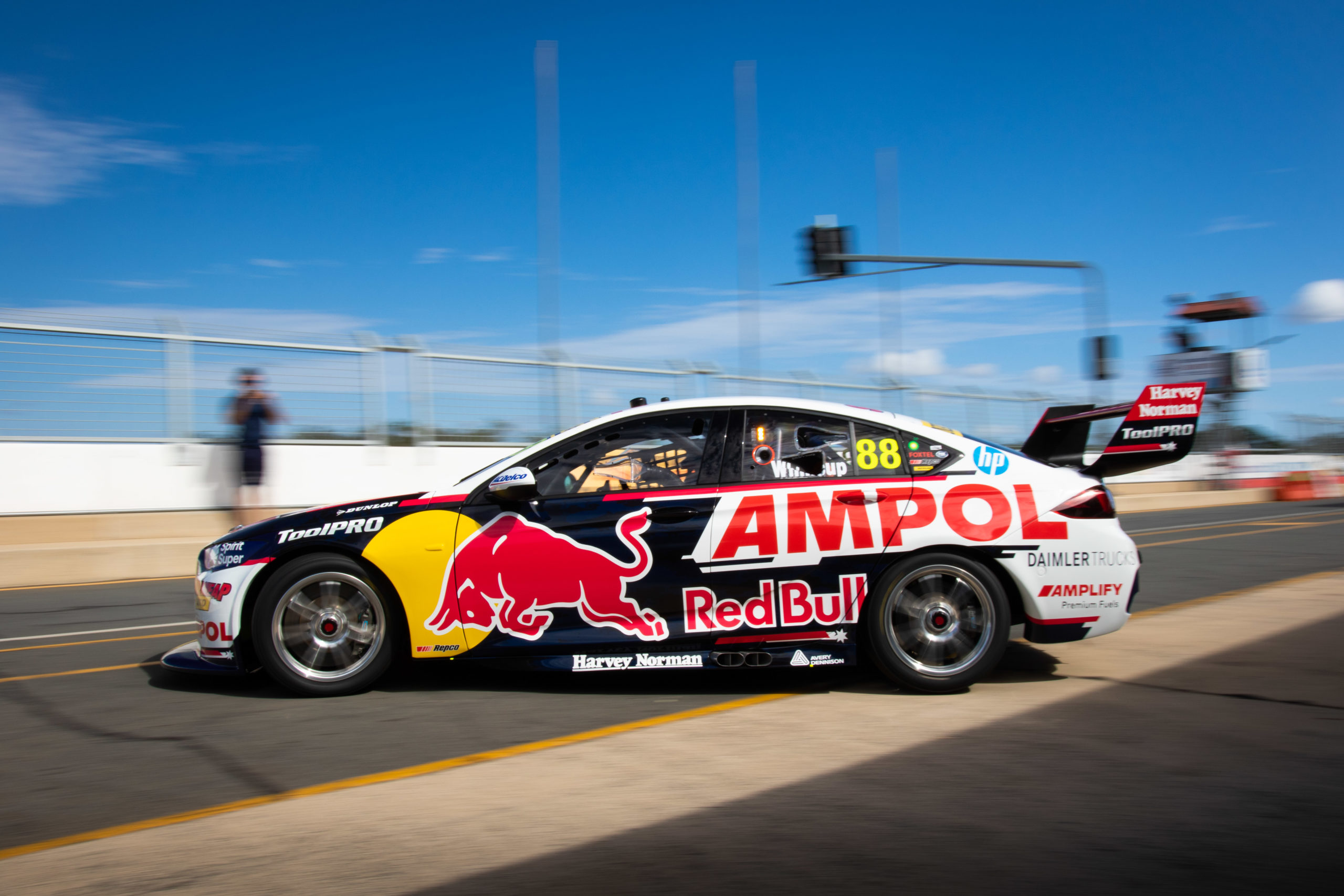 Jamie Whincup says this year’s Super2 Series will not act as a shootout between Broc Feeney and Angelo Mouzouris for the #88 seat at Red Bull Ampol Racing.

Feeney will run with backing from Red Bull and Boost Mobile, carrying the iconic #888 on his Holden VF Commodore.

Mouzouris, meanwhile, will contest his second Super2 campaign with support from Pitbox.io and will run the #10.

Whincup, who will retire from full-time driving at the end of 2021, said the two young guns can focus on their respective campaigns without the pressure of a possible graduation.

Asked by Speedcafe.com whether this year’s Super2 Series would act as a shootout, Whincup replied, “I don’t think so, no.

“Those guys don’t need any more pressure than what’s on them. They just need to go do their thing in Super2.

“Who drives the #88 car in 2022, there’s still a bit of water to flow under the bridge before we make that decision.”

While not keen to tip either driver to step up to the main game, Whincup said he’s interested to see how the pair perform.

“Those guys are working together really well,” said Whincup.

“They’re as pumped as I’ve ever seen them. Angelo, in particular, he’s taken a fresh approach this year.

“I’m really looking forward to seeing how those guys work together as well as competing against each other in the same sort of format as Shane [van Gisbergen] and I do.

“We’re team-mates, but we work off each other and try and make each other better. I’m sure we’ll see it with those guys this year.”