Boost backing for Brodie Kostecki in 2021

Boost backing for Brodie Kostecki in 2021 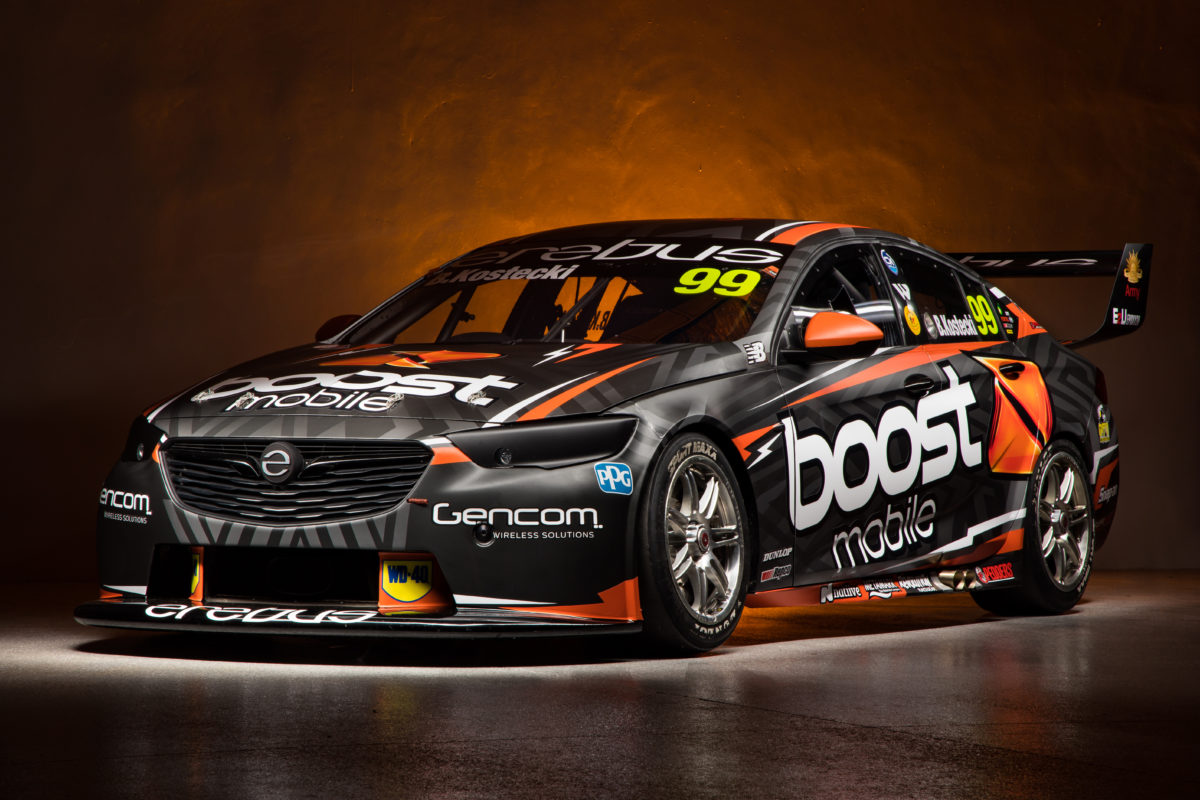 Both Erebus cars had appeared in a testing livery for their two outings at Winton thus far, but the team has now revealed the look and co-naming rights sponsor for its #99 ZB Commodore.

The new warpaint is an evolution of that which the car has appeared in thus far, and makes it one of three across the Supercars Championship and Dunlop Super2 Series with significant Boost backing this year.

It does, however, retain the Erebus ‘E’ badge following the retirement of Holden last year.

The latest announcement comes after Kostecki was fifth-fastest in last Friday’s official pre-season test at Winton, which was topped by team-mate Will Brown.

“To have Boost Mobile not only join our team, but become a major partner is fantastic for everybody involved,” said Erebus CEO Barry Ryan.

“Boost Mobile are a fantastic company that not only provides a great service but has a real passion for what they do and connecting to the youth market.

“Having Boost Mobile onboard shows the strength and direction the team is heading, and we are more than confident Brodie can have the Boost Mobile Commodore near the front of the field.”

The entry will be known commercially as ‘Erebus Boost Mobile Racing’ in what is being described as a co-naming rights sponsorship arrangement.

It represents the continuation of a relationship between Championship rookie Kostecki and the telco after Boost branding adorned the Kostecki Brothers Racing car for its title at the full Pirtek Enduro Cup in 2019.

From that family-run, wildcard effort, he progressed to a co-driver role with then-Erebus driver Anton De Pasquale for the 2020 Bathurst 1000, alongside another partial Super2 campaign.

“I’m extremely proud to have represented Boost for a number of years, but it’s even more special to see them wrapped all over my #99 Holden,” said the 23-year-old.

“I can’t wait to get back in the car at Bathurst, the car looks fast and I’m hoping we can start where we left off last time.”

Boost Mobile has a long history of motorsport sponsorship since its foundation in 2000.

Director Peter Adderton held talks with Erebus about supporting a wildcard entry for James Courtney last year, before he and the 2010 champion eventually filled the breach left by 23Red in the Tickford Racing stable.

“We have long been a support of Brodie and when the opportunity to partner with Erebus and Brodie came up, we jumped at it,” explained Adderton.

“Getting behind young talent has been a key to Boost’s success, and I have always said if Supercars fans support Boost Mobile we will invest back in the sport.

“We have seen tremendous support for our brand amongst a lot of fans which enables us to support young drivers like Brodie.”

Erebus also welcomes Rampage, New Balance and WD-40 as new partners on a car carrying a black PPG base with Metamark wrap.

Brown’s livery is yet to be revealed but both cars will be in action this Friday in practice for the Mount Panorama 500.