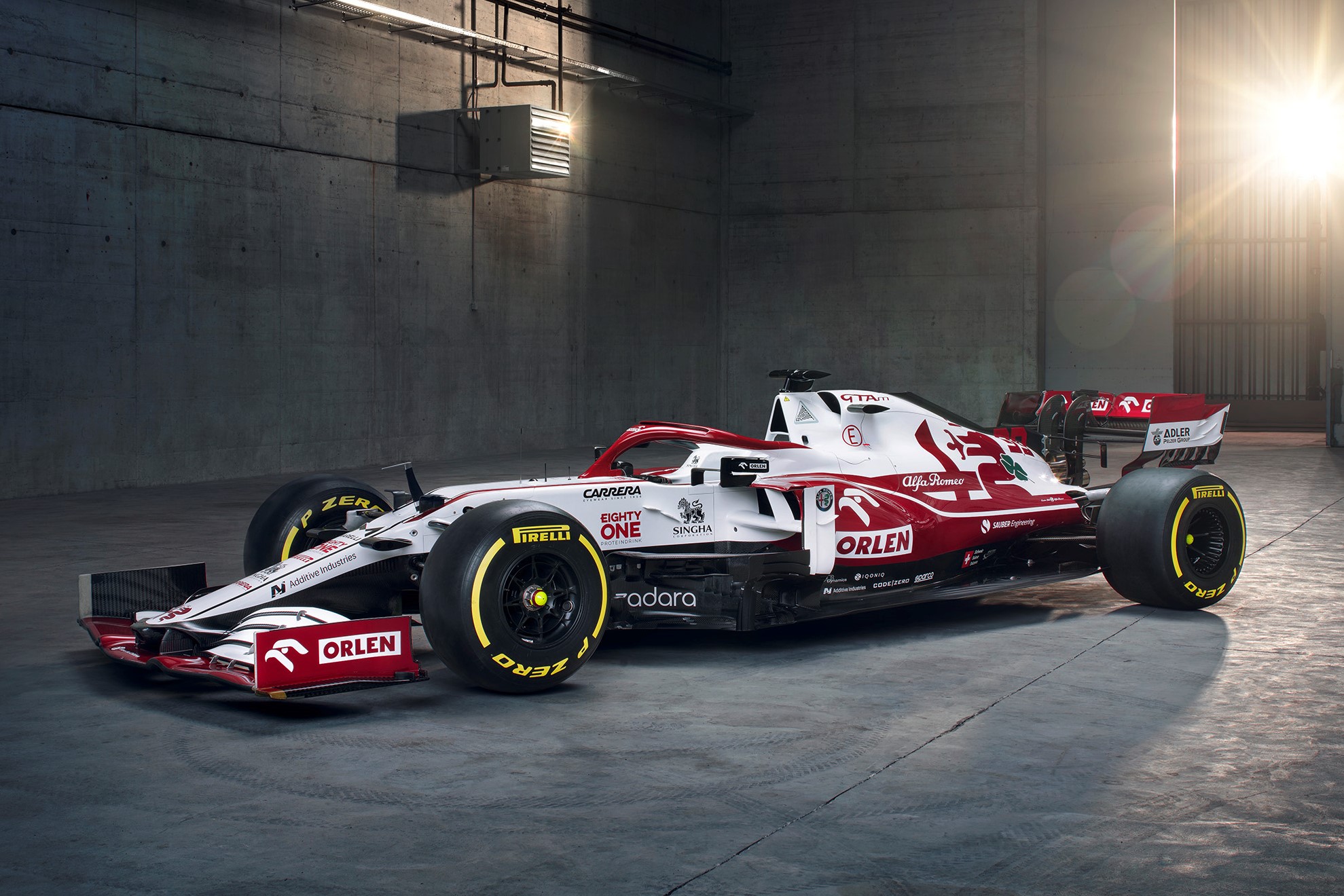 Alfa Romeo Racing has revealed its C41 that Kimi Raikkonen and Antonio Giovinazzi will pilot in 2021.

The car was unveiled in Warsaw, Poland ahead of the Formula 1 season, which gets underway next month in Bahrain.

The C41 is an evolution of the C39. The team has decided not to name the new car the C40, as the car with that name was already under development for the new-look regulations which will debut in 2022.

The new regulations had been set to be introduced in 2021 but were ultimately delayed due to the coronavirus pandemic.

With every team carrying over its chassis from 2020 to 2021, there have been small development windows in which the teams can develop their car year-on-year.

Notably, the C41 carries a new livery and a new nose cone, the latter of which the team said it has evolved by using development tokens.

“The launch of a new car is always an emotional moment, the culmination of months of effort from everyone back at the factory and the start of a new adventure,” said Alfa Romeo Racing team boss Frederic Vasseur.

“I think the philosophy upon which the team is based remains the same – we have to do a better job tomorrow than we are doing today.

“We finished last season in P8, so we have to target a better result in 2021. To do so, we have to keep improving in each department, trackside and back at HQ.

“Every team on the grid has very high expectations right now: all the teams expect to do a good job in the winter and to be in a good position for the first race, but soon it will be the time for everyone to show their cards.”

The team also has a new floor courtesy of rule changes between the 2020 and 2021 seasons.

Alfa Romeo Racing will shake down its C41 pair on February 26.

Pre-season testing takes place across March 12-14 at Bahrain International Circuit with the first round at the same venue set for March 26-28.