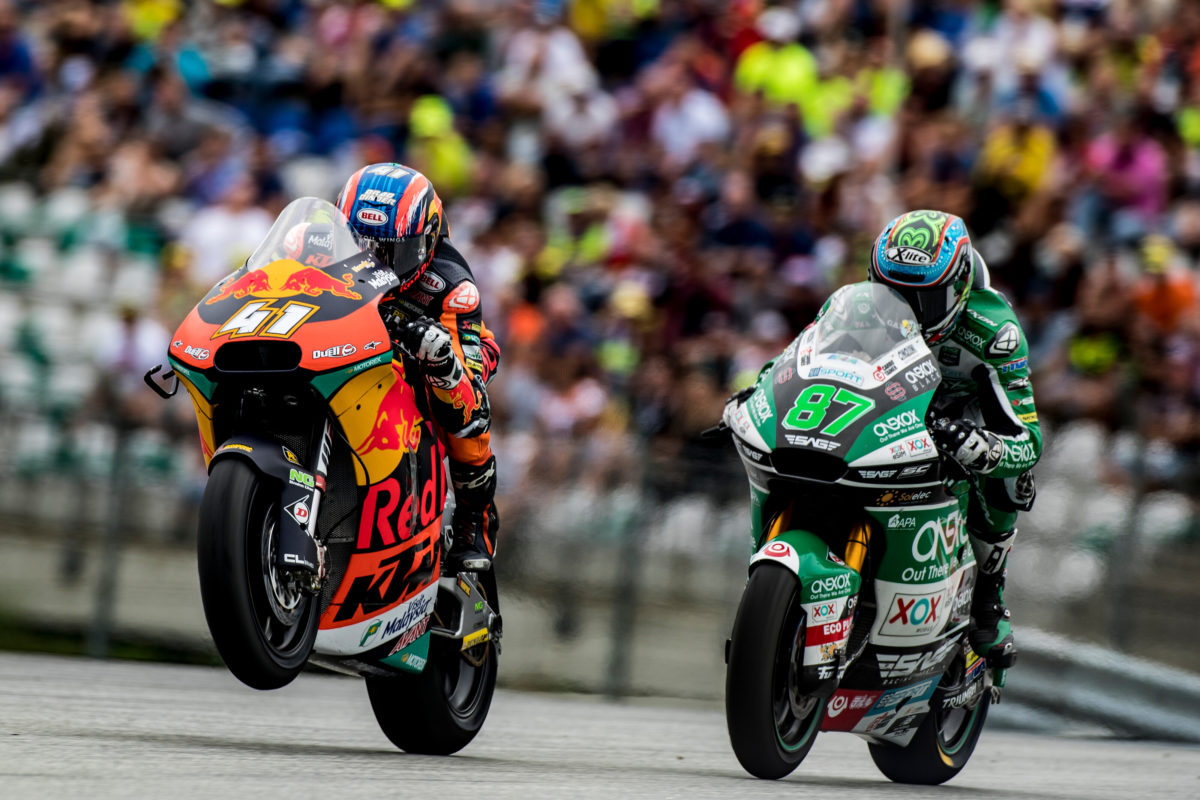 KTM’s motorsport boss has indicated that Remy Gardner is being groomed for a future with the manufacturer in MotoGP.

The 22-year-old enters the Austrian marque’s ranks this year with his move to the Red Bull KTM Ajo Moto2 team, which forms a rung in its ladder all the way from the Red Bull Rookies Cup up to the premier class.

It is from the Ajo team that Brad Binder and Miguel Oliveira, graduated to MotoGP, with the former delivering KTM’s first ever win in the top tier as a rookie at Brno last year.

The latter subsequently bagged two victories aboard a Tech3 entry, and has been rewarded with promotion to the factory squad, alongside Binder, in 2021.

Gardner, who finished last season with a first grand prix victory, is on a similar trajectory based on comments from Pit Beirer.

“It’s important that the best of the best guys we find on the way there, we can keep them in the Moto2 project because it’s clear that we want our own young riders on the MotoGP project one day,” said KTM’s motorsports director.

“That will not always work, and also we will hire riders from outside, but the target is to develop them through our own schooling system, together with our main partner Red Bull, and that’s much more excitement to have these guys on our bikes then.”

Gardner is one that has been outside the KTM system until now, including the last two Moto2 seasons spent at the Stop and Go Racing Team, but was in fact offered one of its MotoGP seats when Johann Zarco left midway through 2019.

Ironically, Zarco started out in the Red Bull Rookies CupKTM is of

According to Beirer, however, having the ability to bring riders all the way through the MotoGP pipeline is extremely important to KTM.

Ajo Motorsport also competes on its behalf in Moto3, and was joined there by Tech3 last year, after the French outfit became KTM’s first MotoGP satellite team in 2019.

“The strategy behind it is very clear; we want to grow up with our riders,” explained Beirer.

“We [had] this sad thing, it hit me first time like a knife; end of 2012, we reached something outstanding, we stepped into Moto3, at the end of the year we were world champion, together with Sandro Cortese.

“Then you want to celebrate, you want to build up on the energy, you want to do the next step, but next morning the guy’s gone and he goes out on different colours on a Moto2 team which we don’t know.

“In that moment we were busy enough to establish our project in Moto3, but from that moment it was clear; if we want to climb higher and want to be in MotoGP one day, we also need to be in Moto2, no matter if there is a market or a bike or a product or a… we just need a team in Moto2.

“In the Rookies Cup, we have 30 young talents and we know all of them, we eat together with them in the Red Bull Energy Station, and then you go with some of them into Moto3 class, but after Moto3 it’s over.

“He went to another team, maybe you never get him back because, through his management or whatever, he goes a different way.

“I think it’s so important to build up a relation, to get people together, to keep them together.”

KTM’s MotoGP quartet for 2021 is rounded out by former Ducati factory rider Danilo Petrucci and youngster Iker Lecuona at Tech3, while Gardner shares the Ajo Moto2 stable with Raul Fernandez.

According to Remy’s father Wayne, the 1987 500cc world champion, the paddock finally understands his potential after victory in the 2020 finale at Portimao.

Moto2 testing takes place at Losail on March 19-21, a week out from the season-opener at the same Qatari circuit.