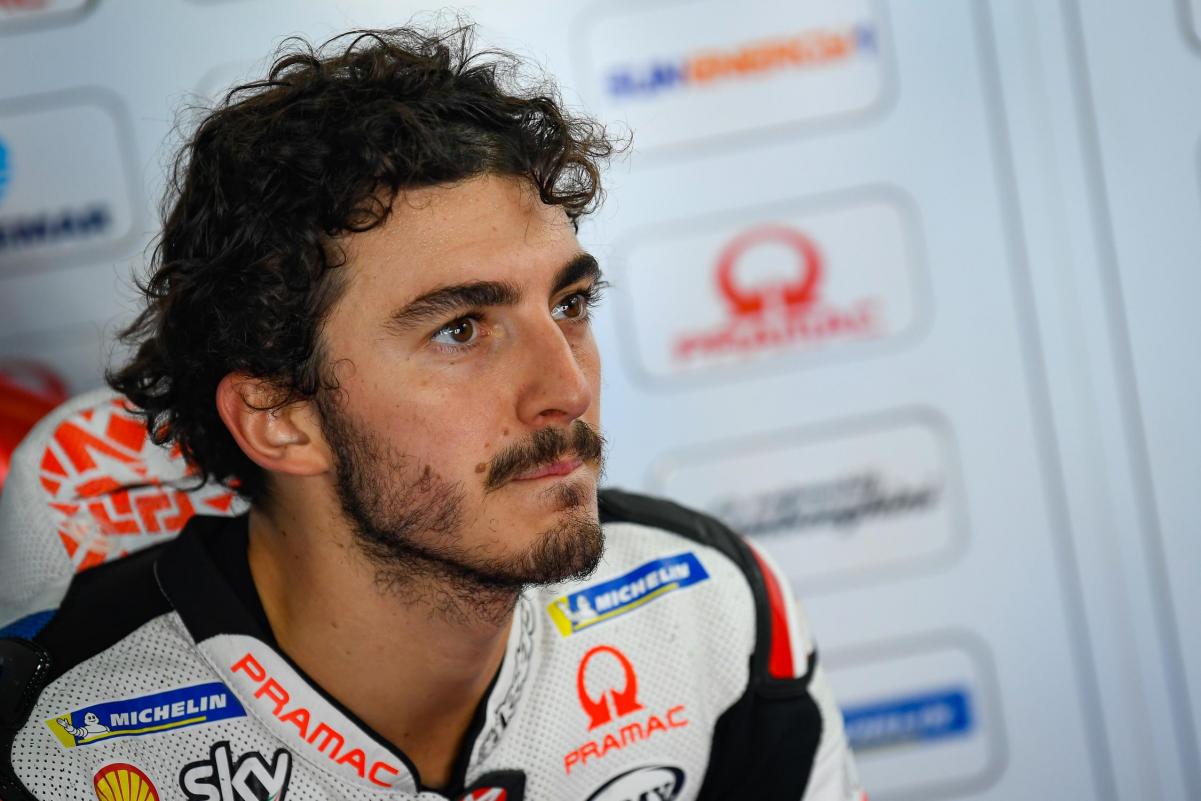 Bagnaia and Jack Miller make for an all-new race rider line-up at the factory Ducati Lenovo Team in 2021, both having been promoted from Pramac Racing.

Although details are scant, the former revealed that the Italian manufacturer’s only MotoGP champion to date wrote to him in the early stages of the 2020 season.

A Ducati video released following its season launch shows Bagnaia looking at a Stoner set of leathers in its museum, at which time he observes the Australian’s diminutive figure in saying, “He is short.”

“Yes, he wrote to me after the first races I did at the beginning.”

Bagnaia is about to embark on his third season in the premier class, after winning the Moto2 championship in 2018.

The Ducati Team unveiled its bikes last week, marking Miller’s and Bagnaia’s first official engagement with the squad, although they were contracted to the factory during their time at Pramac.

While comparisons have been drawn with Miller and the compatriots who have achieved great things before him at Ducati, being Stoner and also three-time Superbike world champion Troy Bayliss, the Queenslander insists that he is putting the most pressure on himself.

Factory Yamaha rider Maverick Viñales, however, has identified the 2016 Dutch TT winner as the favourite for this year’s premier class title before a wheel has been turned.

The Shakedown Test takes place on March 5 at Losail, followed by the first Official Test on the next two days.