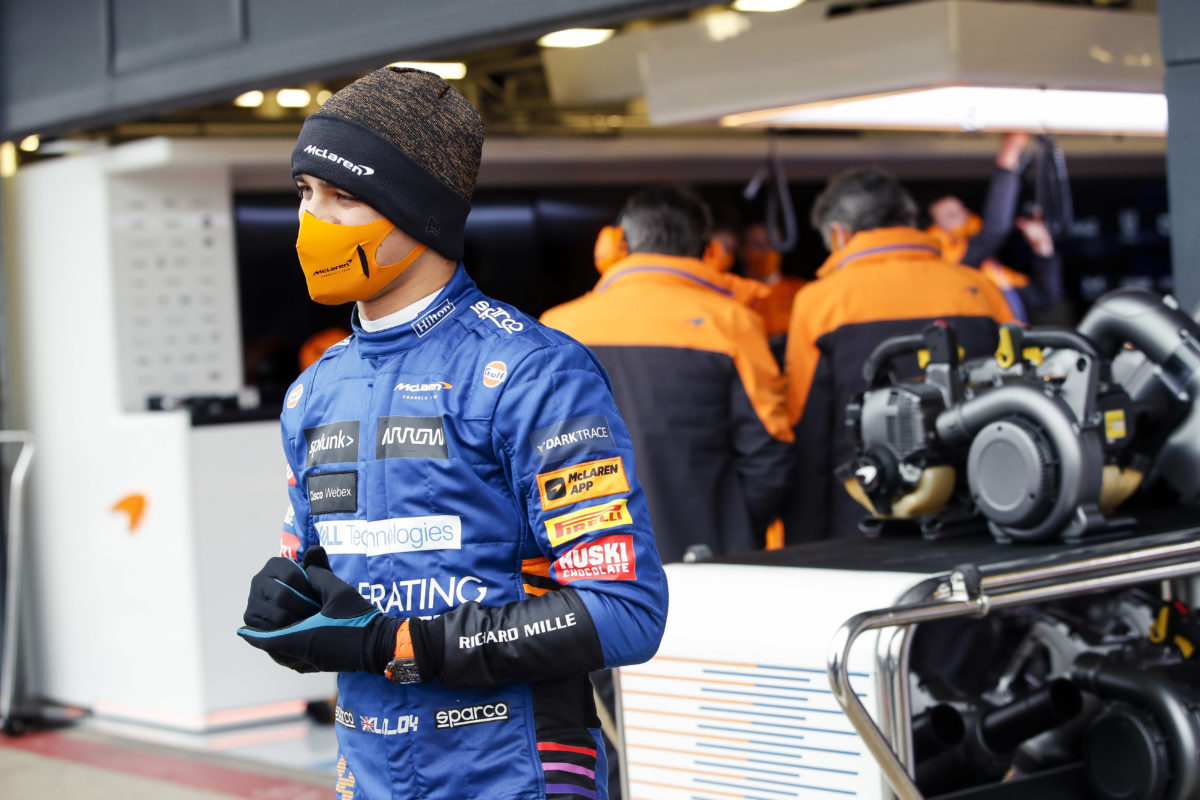 Lando Norris has confirmed he is fully recovered after contracting COVID-19 last month.

The McLaren driver tested positive while on holiday prior to a planned training camp before returning to the United Kingdom late last month following 14 days of quarantine.

“I think luckily for me, COVID wasn’t too bad,” Norris said.

“It was a few days or so of initially having no taste, no smell, the normal really. I’m just feeling very drained and tired for a couple of weeks.

“Since then, basically fully recovered, everything back to normal.”

The quarantine stint impacted on the Englishman’s ability to train ahead of F1 pre-season testing and the season proper beginning next month.

Norris though downplayed the effect that period had on him, explaining he continued training as best he could.

“I wouldn’t say it really affected me too much. I wasn’t allowed outside at all, I didn’t have a window or anything,” he said.

That was followed by a filming day at a wet Silverstone on Tuesday.

“It’s nice to be back in it. Obviously some differences with the Mercedes and so on, so already sounds a bit different, feels a little bit different.

“Not the easiest to tell loads about one lap but I already have some comments, some feedback for my engineers, for the Mercedes lot.

“I certainly need to do some more laps to get a good understanding, but so far so good.”

Norris and McLaren will next be on track for F1 pre-season testing, which takes place in Bahrain on March 12-14.