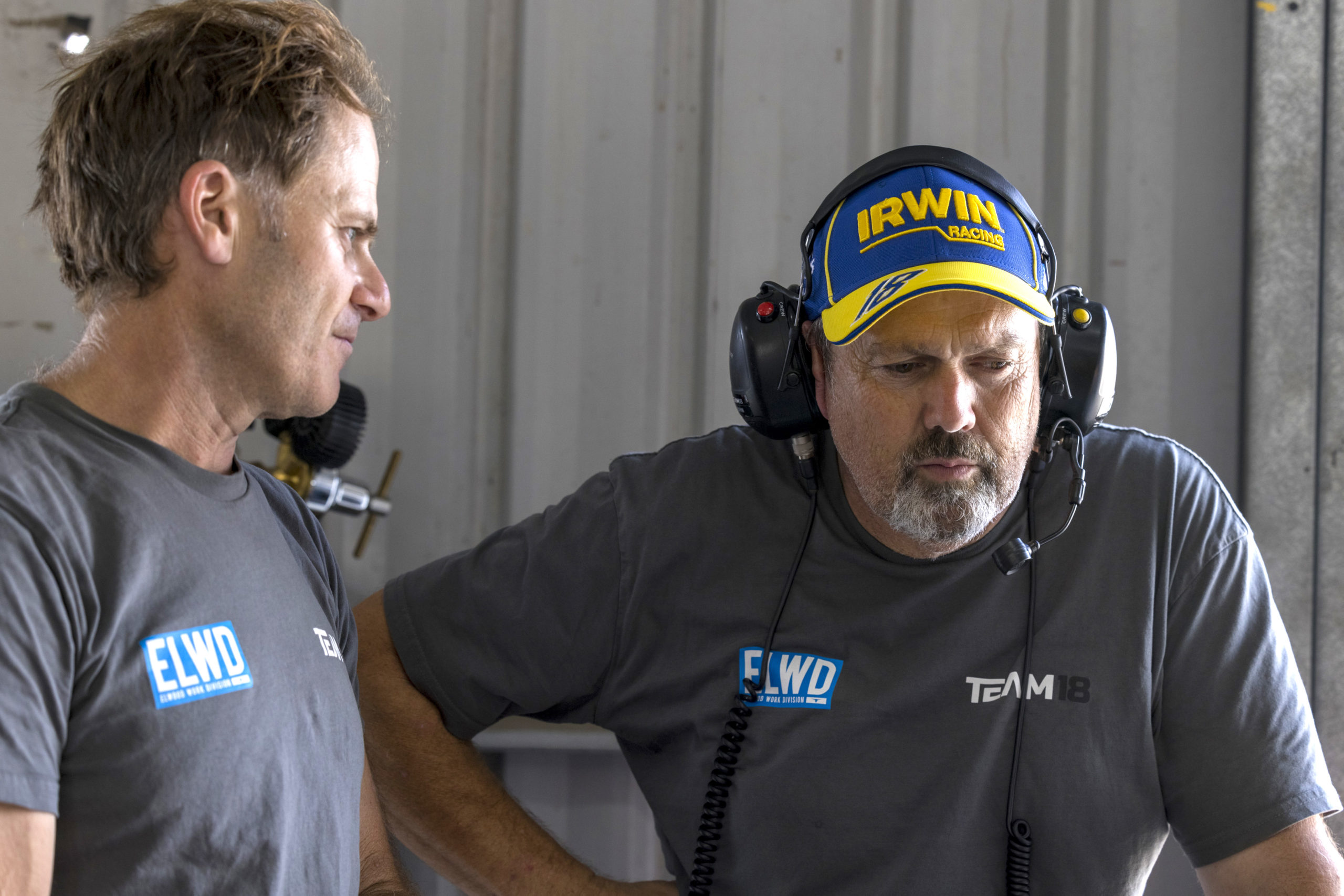 Team 18 recruit Richard Hollway is already making his mark in pre-season testing according to Mark Winterbottom.

The accomplished engineer joined the Mount Waverley-based team from Garry Rogers Motorsport, with which he has spent the last 11 years working for.

Hollway has come onboard as head of engineering at Team 18, overseeing the technical working group spearheaded by Phil Keed and Manuel Sanchez.

Hollway had his first hitout with the team today at Winton Motor Raceway as part of pre-season testing.

Winterbottom, who is engineered by Sanchez and will be joined by Michael Caruso in the Repco Bathurst 1000, said Hollway’s presence has already been felt.

“He’s good, he’s got a lot of structure, he stands over the two engineers and keeps an eye on everything that’s going on,” said Winterbottom.

“It’s an important role. When you’re on a car it’s very eyes focused on one. When you’ve got a guy like him with all his experience overseeing two, it makes our test days definitely more important.

“He’s a great personality, a great fit. We’re lucky to have him. We’ve tried for a few years to get him and to get him across has been fantastic.”

That has seen them move up the pit garage considerably having previously been 11th at the end of 2019.

Hollway has been part of the Supercars paddock for well over two decades, joining the Holden Racing Team in the late 1990s when it went on a streak of championship successes.

He then went on to join Garry Rogers Motorsport and oversaw the development and homologation of the Volvo S60 with the advent of Car of The Future.

The best finish the pair shared in the drivers’ championship was third in 2016 before the Kiwi driver moved to the then known DJR Team Penske and went on to win three Supercars titles.