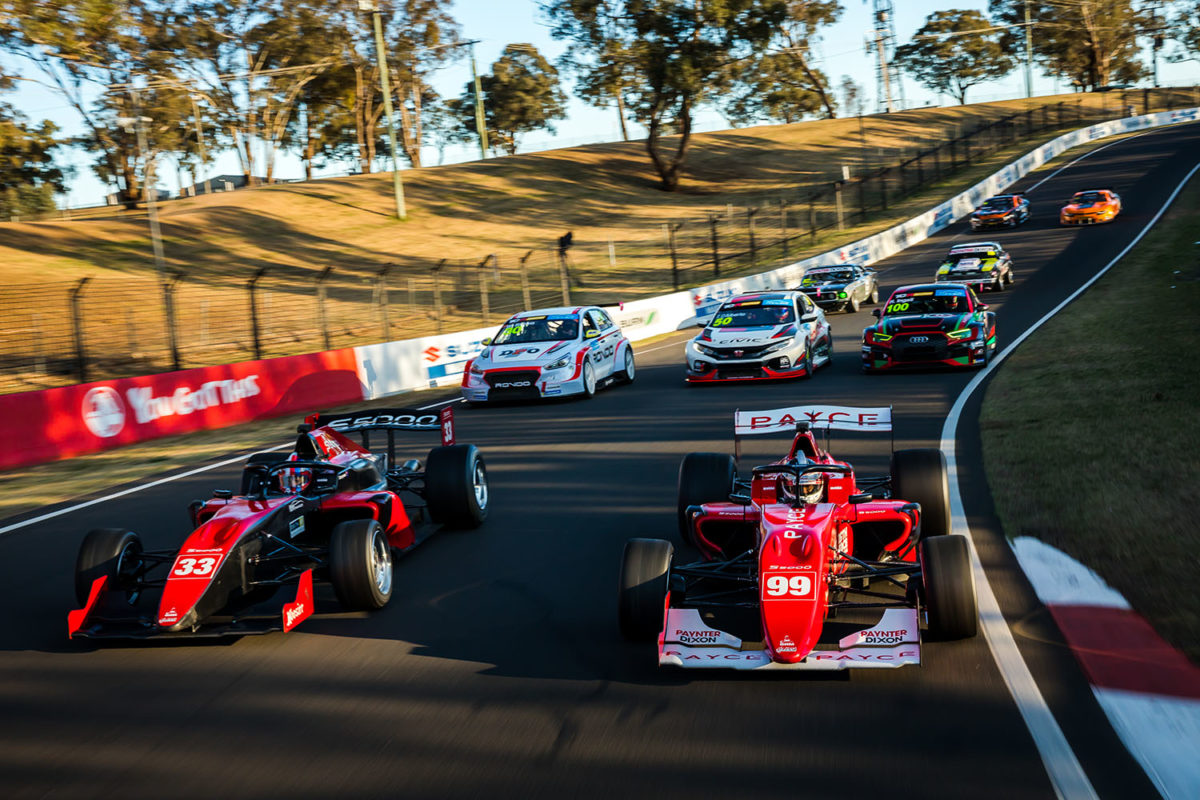 Organisers have firmed up the date for what will be the first Bathurst International.

The event will be held at Mount Panorama from November 26-28, with the two-driver TCR Bathurst 500 to be the headline act.

The Bathurst International was to have been held for the first time last year, in mid-November, before being cancelled due to travel restrictions arising in response to the COVID-19 pandemic.

Even then, the closure of Australia’s external border had seen the enduro scrapped for 2020, and the Australian Racing Group is looking forward to having a genuine international presence this time around.

Also on the programme will be the first ever Bathurst round of the VHT S5000 Australian Drivers’ Championship, a three-hour Fanatec GT World Challenge Australia Powered by AWS enduro which makes up this year’s Australian Endurance Championship, Gulf Western Oils Touring Car Masters, and National Trans Am.

“The late November date will make this event not only a jewel in the Australian motorsport calendar, but also around the world.

“Despite the travel restrictions that exist today, this date will allow the opportunity for international competitors to consider the Bathurst International as a way to end their season of racing.

“And the beauty is that we have categories that touch all walks of motorsport life. From TCR touring cars to GT cars and high-powered open wheelers.

“It is a sensational mix that we are sure will draw attention locally and internationally.”

Bathurst Mayor Cr Bobby Bourke added, “We are excited that a date has been set that will bring the Bathurst International to the iconic Mount Panorama.

“We are proud to partner with ARG to bring this event to Bathurst that will feature world-class drivers compete in a great mix of racing categories.”

Notably, the Bathurst International falls on the weekend between the Formula 1 Australian Grand Prix and the Repco Supercars Championship finale on the Gold Coast.

As such, if S5000 supports the AGP on its new date, any internationals planning on contesting that round could also partake in the Bathurst International in a single trip, and vice versa.

A four-round calendar for the inaugural S5000 Australian Drivers’ Championship season proper was finalised earlier this week while the November Bathurst round will form part of the 2021/22 campaign when S5000 switches to a summer-oriented calendar.

TCM is due back at Bathurst later this month when its second round of 2021 supports Supercars’ Repco Mount Panorama 500, while TCR, S5000, and Australian GT will be racing again in mid-March at Phillip Island.

That event is the opening round of the Shannons Motorsport Australia Championships, for which tickets are now on sale after the postponement due to Victoria’s most recent lockdown.