Car #44 back on track after loose wheel causes red flag

Car #44 back on track after loose wheel causes red flag 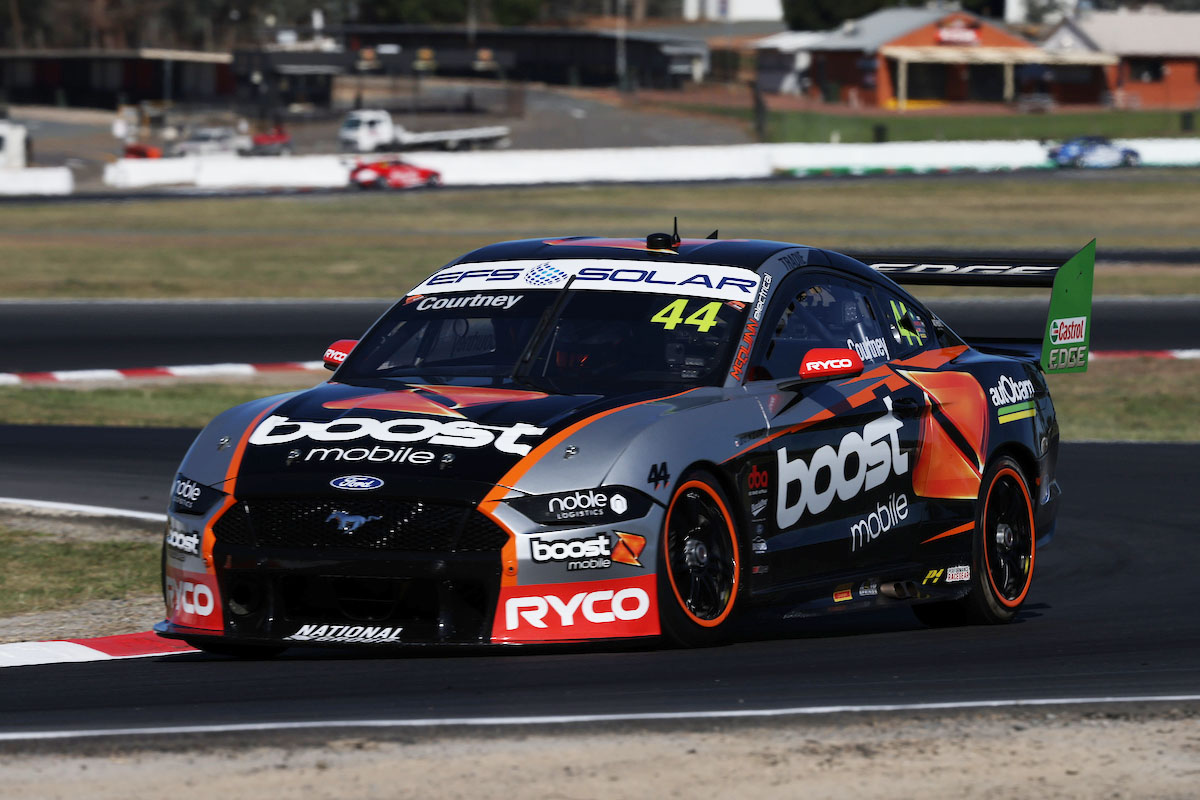 James Courtney has returned to the race track after a loose wheel stopped his Mustang while in the hands of Thomas Randle at the Repco Supercars Championship’s Winton pre-season test.

The red flag was called just over five hours into the eight-and-a-half-hour session in order to recover the #44 Tickford Racing Mustang from the infield, following a practice pit stop.

According to the team, only minor damage was caused to the Boost Mobile car, which has since returned to the circuit in the hands of its primary driver after undergoing repairs.

A wheel came loose on Car 44 following a practice pit stop. The car’s back in pit lane and the crew’s fixing up minor damage to the right rear https://t.co/uUyrM6dCmU

Randle recounted to Speedcafe.com, “We allocated a bit of time to do pit stop practice, to get all the boys ready for next week, and I was the guinea pig driver for that, which was good; also good for me to practice all that.

“But, on our penultimate one, the right-rear nut sort of failed; it was one of the little tabs that sort of holds the nut onto the rim.

“We did a pit stop and one of those tabs sort of bent up and got caught in between the brake rotor hat and the wheel, so then the wheel just wasn’t seated properly onto the pegs, and then as the nut’s gone on, I guess it hasn’t gone over the safety pin, and it’s led to the right wheel coming off.

“It actually didn’t completely come off because it got sort of caught under the rear guard, but it damaged the rotor and pegs.”

“[It is] A bit of a shame because I guess that lost a bit over an hour of running for JC, so that’s probably compromised their run plan, but that’s what today’s all about; going through that sort of stuff, so better to happen today than next week.”

Randle leads the VHT S5000 Australian Drivers’ Championship after Round 1 at Symmons Plains last month, but had not driven a Supercar since last October’s Bathurst 1000.

“Pretty good,” he reported on how his day had gone prior to the wheel mishap.

“I got to do a run on some hard tyres and some soft tyres, but Brad [Wischusen, engineer] put me in smack-bang in the middle of the day, so it was pretty bloody hot out there, but it was just nice to get back behind the wheel of the Tickford Mustang,” he laughed.

“Everything was going pretty well up until then, just working through our programme like everyone is up and down pit lane, so hopefully we can get a bit more speed out of the car.

“But, it’s going to be a different ball game next week because Winton’s so different to somewhere like Bathurst.

“It’s a completely different set-up, so today’s more about figuring out what all the changes are going to do, and then use that towards next week at Bathurst.”

Despite the drama, Tickford has racked up sizeable lap counts for its three cars, particular the Monster Energy Mustang.

Between Cameron Waters and additional driver James Moffat, Car #6 has already passed 100 laps, with the highest tally of any of the 16 entries as proceedings move through the afternoon.

Erebus Motorsport’s Will Brown continues to hold top spot with a 1:19.5089s in the #9 ZB Commodore.

CLICK HERE for report from approximately halfway through the test