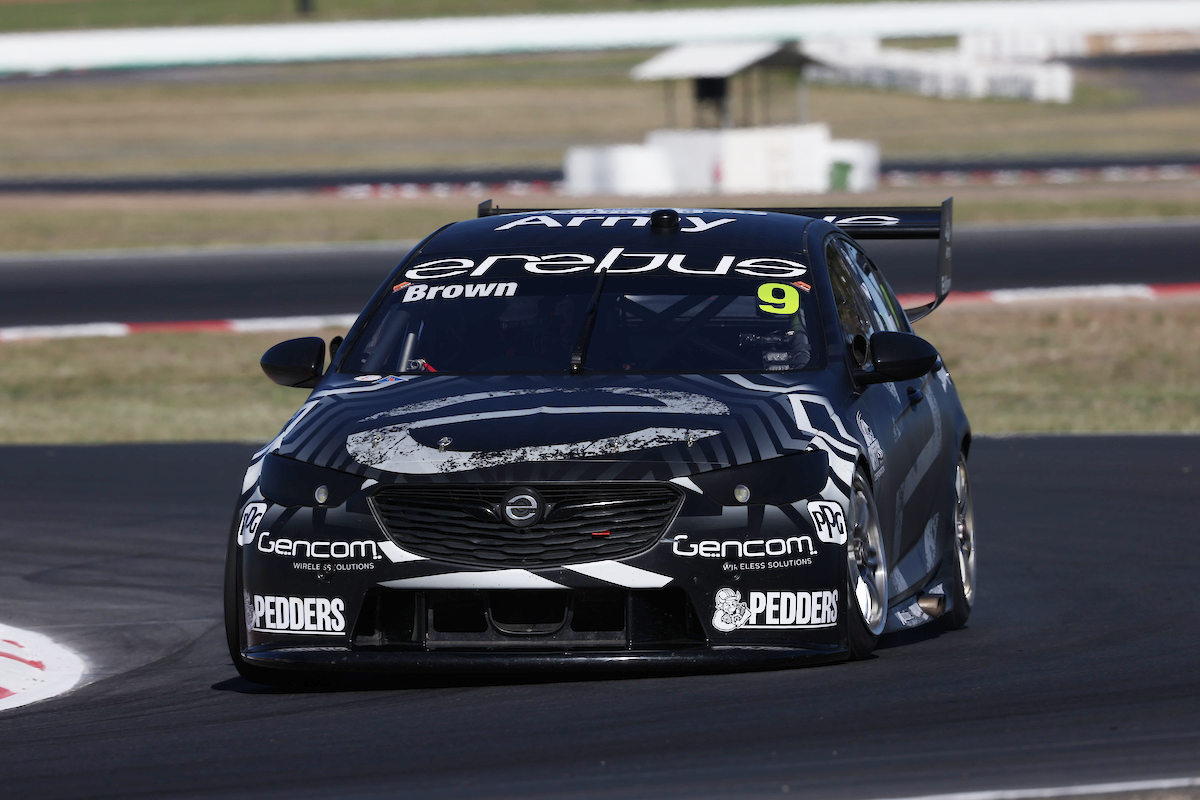 Erebus Motorsport’s Will Brown has set the pace so far in the Winton pre-season test for this year’s Repco Supercars Championship.

With four hours down and four-and-a-half to go, Brown holds the fastest time of those who have cut laps in the 16 cars which are present at today’s hit-out for the southern-based teams.

The 22-year-old, who has already enjoyed a rookie test day at Winton late last month, clocked a 1:19.5089s just after the 60-minute mark in the #9 ZB Commodore.

No one has come close to that time in the three hours which have elapsed since, but former Erebus driver David Reynolds remains second on a 1:20.0714s in the #26 Kelly Grove Racing Mustang.

Reynolds was the fast man for the opening hour at Winton Motor Raceway, save for the very beginning of the day and a handful of minutes when Team 18’s Scott Pye held sway.

While six of the seven teams present at Winton are represented in the top seven, two of the top four are Erebus cars after Brodie Kostecki (#99 ZB Commodore) recorded a 1:20.1513s not long before the first hour was done.

While the latter’s best time so far is a 1:20.4039s, it is noteworthy given it came over three-and-a-half hours after the 09:00 (local time/AEDT) commencement of proceedings.

In the fourth hour, the pace had blown out to regular 1:21s and beyond, and even Percat’s 1:20.7921s just a few minutes prior to Mostert’s new personal best was comparatively impressive.

Tim Slade is 12th for the new Blanchard Racing Team, but his 1:20.6486s was among the quickest at the time it was set in the #3 Mustang, just after two-and-a-half hours in.

The greatest mileage has been achieved, collectively, by Waters and Moffat, with a touch over 80 laps between them in Car #6.