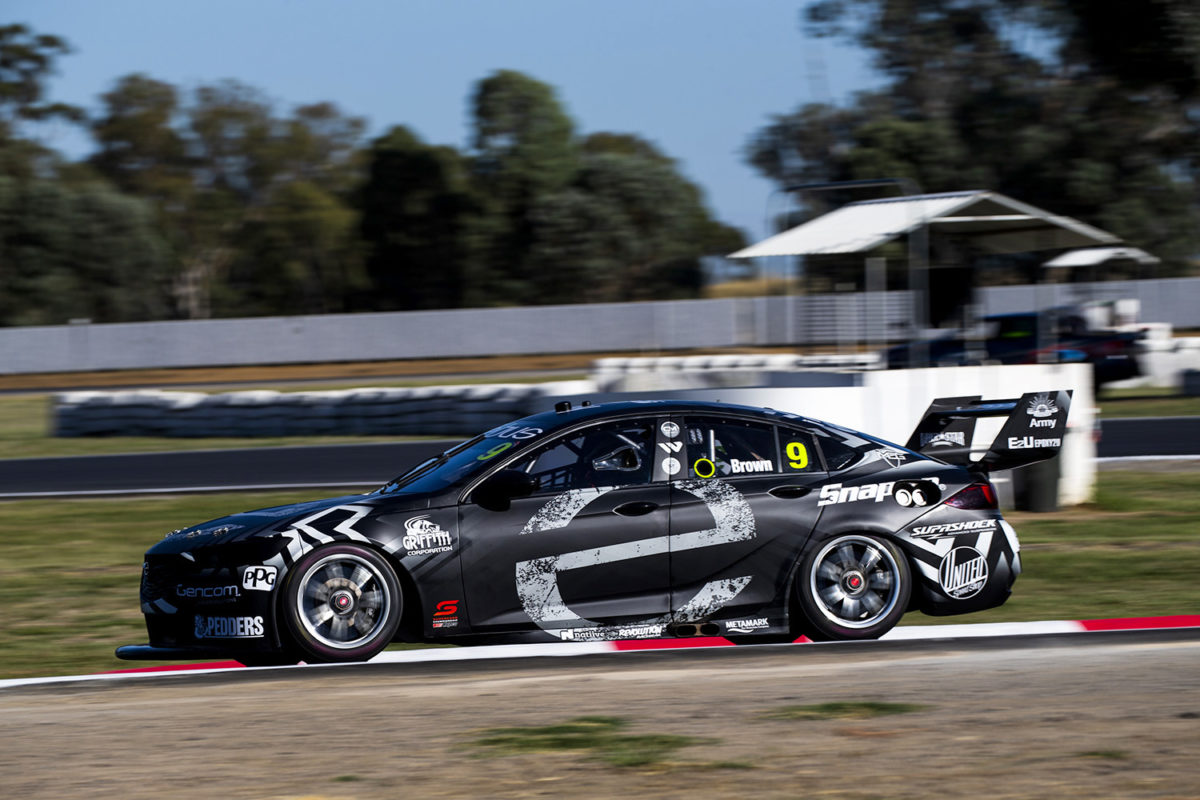 Will Brown has finished the Repco Supercars Championship’s Winton pre-season test with the fastest lap time.

The Erebus Motorsport driver set a 1:19.5089s just over an hour in, giving him a margin on the field of half a second, and little had changed in that regard after eight-and-a-half hours of running.

Walkinshaw Andretti United’s Chaz Mostert did jump from eighth to second with a 1:20.0356s at just under 90 minutes to go, but even then the #25 ZB Commodore was 0.5267s adrift of the #9 ZB Commodore all told.

“It’s always exciting to be quickest,” said Brown, who described car handling as a more important result from testing than outright pace.

“We’re race car drivers, that’s what you always want, you’re never happy if you are second.

“We did put tyres on at the start but… we’re still quick on [older] tyres so I’m pretty happy with how the car is going.”

Kelly Grove Racing’s David Reynolds, quickest for most of the first hour with a 1:20.0714s, ended up third with no improvement on that marker.

While several additional drivers, including some with Bathurst 1000 seats unconfirmed, got track time, Reynolds ended up sharing his #26 Mustang with team-mate Andre Heimgartner in a spell which saw the New Zealander make himself the ninth-fastest individual driver.

Cameron Waters and James Moffat collectively amassed more laps for the #6 Tickford Racing Mustang than any other car, with a total of 135, and the former going as quick as a 1:20.1946s.

The latter’s personal best was a 1:20.4866s but he almost beat it inside the final three minutes when he clocked a 1:20.4922s despite the #44 Mustang requiring repairs earlier in the day.

Those were necessitated when a wheel came loose on the Tickford car just after the five-hour mark, forcing Thomas Randle to a halt during his time in the seat and causing the only red flag of the test.

Aside from Mostert, Tim Slade was the only serious mover on the timing screen beyond the first hour or so, initially by clocking a 1:20.6486s in the Blanchard Racing Team car just after two-and-a-half hours in.

Aside from the aforementioned Moffat and Randle, other additional drivers to spend time behind the wheel during the day were Jack Perkins in Brown’s car and Lee Holdsworth in Mostert’s.

Teams will now get ready for the Repco Mount Panorama 500 which opens the season from next Friday.