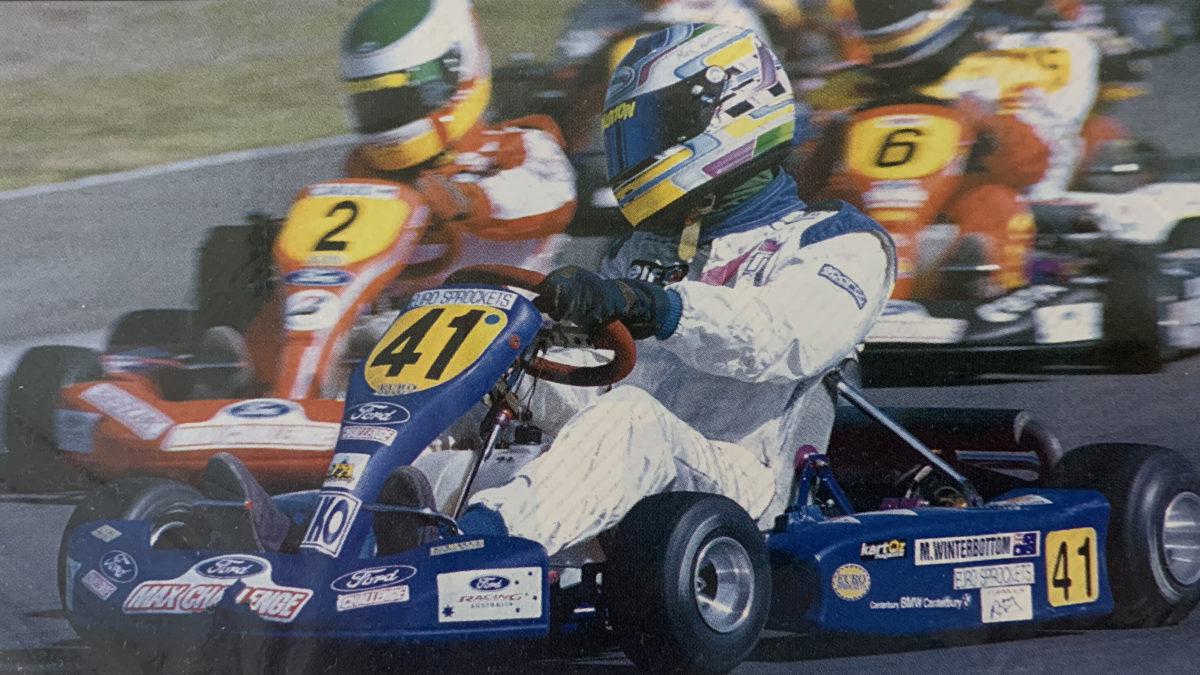 Winterbottom and Caruso in their go-karting days

For Mark Winterbottom and Michael Caruso, the 2021 Repco Bathurst 1000 will be something of a blast from the past.

The Sydney-born duo grew up together in the go-karting scene and will now, for the first time in their decorated motorsport careers, have the chance to contest the Great Race together.

The Winton pre-season test day tomorrow (February 19) will see them share the #18 Irwin Racing Commodore, in a prelude to the October 7-10 Bathurst spectacle.

“It’s great to have Michael join me in the #18 Irwin Racing entry for the Bathurst 1000,” said Winterbottom.

“Michael and I grew up together through karting and we’ve now raced against each other in Supercars for over 15 years.

“This will be the first time that we’ve been together in the same team, so I’m stoked to finally get the chance to work with him.

“He’s doing other racing this year that will keep him sharp, we’re going to give him as much seat time as possible, so I have no doubt he’ll be on the money when we get to Mount Panorama in October.” Caruso will be Winterbottom’s ninth different Bathurst co-driver, as he looks to repeat his 2013 heroics at the Mountain.

Caruso meanwhile has switched from Tickford Racing and is looking forward to the new challenge ahead.

“I’m really excited to team up with Frosty in the #18 Irwin Racing car at Bathurst this year,” said Caruso.

“We’ve been competitors since we raced karts as kids, but we have never actually teamed up for anything so I’m looking forward to seeing how he operates within the team.

“I’m very much aware of his abilities as a Supercars champion and he’s won Bathurst as well, so it’s exciting to team up with someone who knows how to get the job done up there and that’s what we’re aiming to do.

“Tomorrow’s test at Winton is going to be a great opportunity to get a feel for the car, meet people in the team and work together for the first time and work on all the little processes that are crucial to the end result.

“Before then I’ll just be looking at getting as much seat time as possible between test days and ride days so when we get to the Bathurst 1000 we’re fully prepared to put our best foot forward.”

Caruso’s best Great Race finish was third in the 2009 edition alongside Lee Holdsworth.