Ryan: Erebus ‘only going to be stronger’

Ryan: Erebus ‘only going to be stronger’ Brodie Kostecki during a rookie test at Winton

Barry Ryan believes that Erebus Motorsport will be stronger this year despite taking two rookies and two new race engineers into the 2021 season.

Will Brown and Brodie Kostecki step up to full-time drives with the team in place of David Reynolds and Anton De Pasquale, the latter of whom has gone to Dick Johnson Racing.

Reynolds has moved to Kelly Grove Racing, as has his engineer Alistair McVean, while Mirko De Rosa has also departed Erebus, landing at the Blanchard Racing Team.

Although that represents far-reaching change at Erebus, Ryan highlighted the fact that Moore and Tremain are hardly brand-new to the organisation, while Commins provides a new perspective.

“We’ve got young Tommy, he’s been with us for over four years and he knows our way of engineering,” the Erebus CEO told Speedcafe.com.

“Then we’ve got George coming in with his previous experience at Kelly’s. That’s going to bring a whole new dynamic, which he already has, to how we go about engineering the cars.

“So, we’re only going to be stronger in my opinion.

“We’ve been able to step Brad Tremain up to crew chief [and] he’s been with us since we started in Melbourne [in 2016].

“He knows us back to front and he’s got his own way he wants to do things, which is great, and he’s got an opportunity to do it now, so it’s good, it’s all positive.” 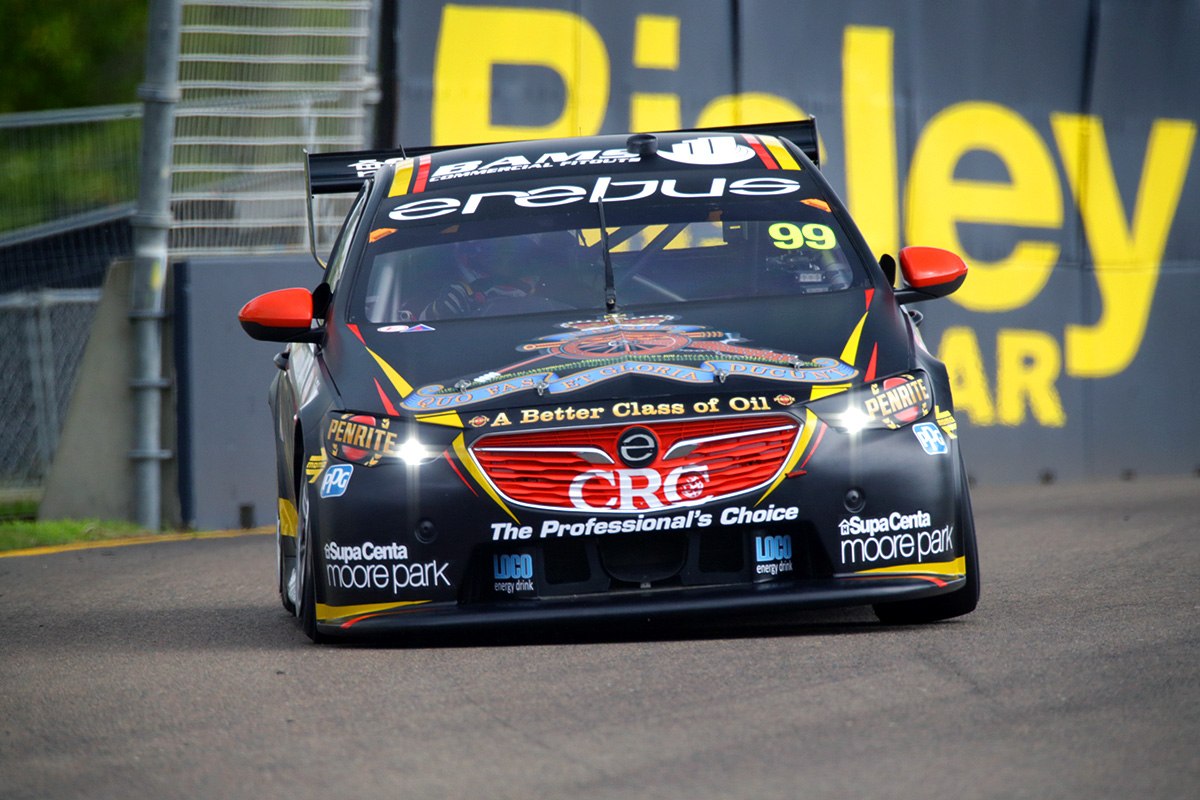 Anton De Pasquale at Townsville in 2018

Ryan is also bullish about his new driver line-up, declaring that both Brown and Kostecki are a year ahead of where the highly-rated De Pasquale was as a rookie.

It was Erebus who gave De Pasquale his start in the top tier after returning from Europe and cutting his teeth in the 2016 and 2017 Dunlop Super2 Series at Paul Morris Motorsport.

He qualified third in his first Bathurst 1000, in 2018, and would score a maiden top-tier race win last year, before moving to Dick Johnson Racing.

Like De Pasquale, Brown and Kostecki make the step up to a full-time Supercars Championship seat as Super2 race winners.

Brown also has three Australian series/championship titles to his name (TCR, Formula Ford and Toyota 86), while the latter claimed multiple national titles and wins while in the United States.

According to Ryan, the obligation is on his team to deliver its young talents the equipment they deserve.

“I think it’s good,” he said of having two rookies.

“It’s a new, fresh change. Like when Anton came in, it just brought a whole new enthusiasm into the group.

“Will’s won something in every category he’s ever been in – he’s won either a championship or won multiple races – so he’s not going to change now.

“He will do that. It’s whether it’s six months, 12 months, two years; he will be at the top of his game at some point. It’s just up to us as a team to deliver him what he needs to do it.

“Brodie’s the same. I’ve said it before that in my head, they’re probably a year ahead of where Anton was when he started with us.

“We’re just going to keep them positive about everything and make sure their confidence is there.”

While already enjoying something of a cult following, Kostecki attracted attention at last year’s Bathurst 1000 with the way he raced the likes of four-time Great Race winner and seven-time Supercars champion Jamie Whincup, who crashed while battling with the West Australian native.

Despite his confidence comment, Ryan believes it will not be an issue for either of his drivers.

“Brodie’s never going to lack confidence and Will’s pretty much the same,” he added.

“They’re different characters, but they’re both very confident people, so I’m massively excited about those two because they’re not going to leave anything on the table. They’re going to put everything on the track and if the car’s underneath them, they’ll be up there.

“So, we don’t need to have expectation. We’ll just go on like we do and, if we’ve got the best car [and] the drivers are up to the task, we’ll be up there.”

Erebus has already used one of its three rookie test days for 2021, and will be back at Winton on Friday for the official pre-season test.