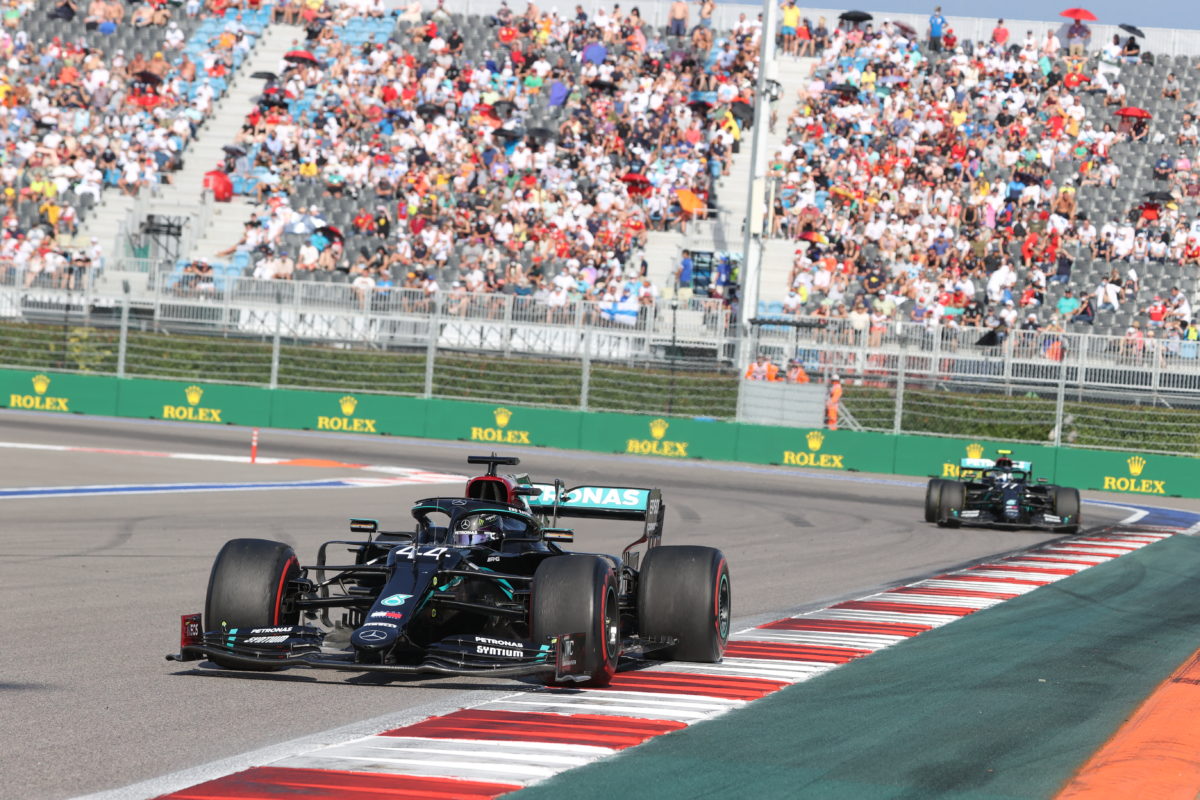 The Mercedes at the 2020 Russian Grand Prix

Mercedes technical director James Allison has revealed what the team’s “biggest weapon” will be as it seeks to adjust to life under Formula 1’s new cost cap.

The outfit which has dominated F1’s hybrid era arguably has the most to lose from the groundbreaking cap on expenditure which takes effect this year at USD 147.4 million (up from the originally announced USD 145 million due to the addition of a 23rd race).

Having previously had one of the largest budgets in the championship, Mercedes has to scale back more than most, and that makes the current pre-season a pivotal time, according to Allison.

“That has been a very interesting change here inside Mercedes, because we are one of the bigger teams in Formula 1 and so we had to figure out how we can operate our championship assault with far less financial resource than we might have had previously,” he noted in a team video.

“This means figuring out how we can make components on our car to last longer, how to build them more cheaply and how to make sure we maintain the same sort of performance that we did previously, despite the fact that our overall budget has come down.

“It’s a huge challenge and building the car is only part of it. We then have to operate the car, develop the car, we have to do the entire season with all the uncertainties that we face in terms of how often it might crash, or how reliable components are and then need resources spent to fix that.

“So, let’s hope that we’ve put enough goodness into the car at the beginning of the year, to allow our plans to unfold in a way that sees us operating at a high level under this new constraint, where we are fighting with exactly the same guns as everybody else.”

Adding to the challenge for Mercedes, as well as the other nine teams, is the looming new ruleset which takes effect next year.

The Brackley team must therefore attempt to balance its 2021 campaign with development of a car for 2022.

“The season hasn’t even begun yet — no car is even launched, no one has turned a wheel and yet we’re already starting to think very seriously about 2022,” explained Allison.

“Next year brings a complete revolution in the technical regulations of the car. The sort of things we have seen racing for the last few seasons will be dead and gone at the end of this year, replaced instead by a new generation of car, which has a completely different technical objective — to try and make the racing closer, by making the lead car damage the performance of the trailing car less.

“This change is so large and the cars so different, that we are going to have to spend a large part of our technical resource during 2021 in order to make sure that we are ready, with a good car that can then see us in decent shape for the years that follow in 2022 and beyond.

“So, we are busy doing that, in a world where we are cost capped, where we haven’t yet started racing in 2021 and where we have to manage our total resource so that we can have an effective campaign in 2021, while also building for the future and this exciting new set of 2022 regulations.”

Mercedes is set to hold its season launch on March 2 (local time).