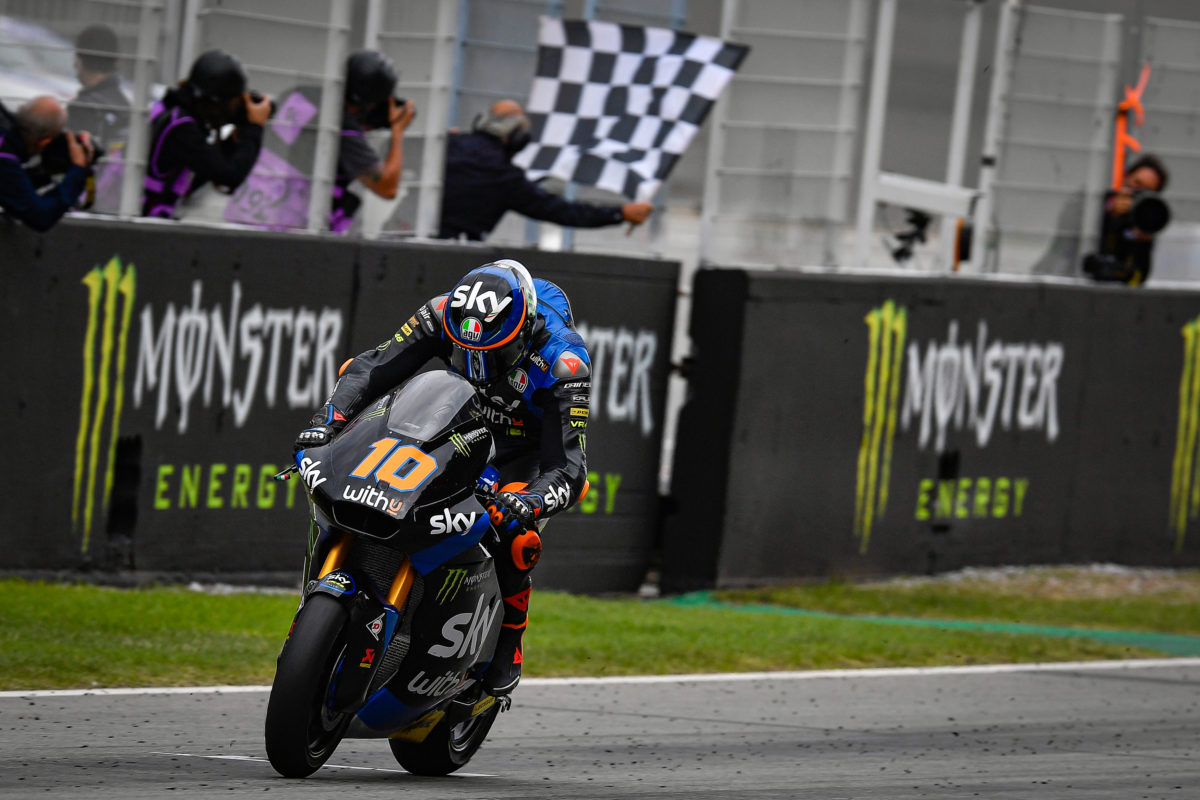 VR46 is “seriously considering” entering MotoGP in 2022, believes Yamaha boss Lin Jarvis, and would therefore be a candidate to partner with the Japanese manufacturer.

The Valentino Rossi junior team and academy programme already has a presence in the premier class from the upcoming season, backing its own Luca Marini in his rookie tilt with Esponsorama Racing.

That Ducati satellite squad is, however, considered likely to lose its slots on the MotoGP grid when the new participation cycle kicks off next year, and VR46 could take its place.

Upon re-signing with Yamaha last September, albeit to ride for SRT in 2021, Rossi confirmed that he had spoken to his long-time employer about supplying his own team in the future.

While unsure at that time if a fully-fledged MotoGP programme was the right move in the very near future, the prospect appears more likely now than it did then.

SRT is the first team to win with a satellite Yamaha, but a VR46 project would present the Iwata marque with a decision to make.

“In our situation, definitely the Petronas Yamaha team [SRT] have done extremely well since we started with them two years ago,” said Jarvis.

“Last year they won six races and their rider [Franco Morbidelli] finished second in the championship.

“So there’s no question in terms of their capabilities and capacity as a team.

“Will VR46 enter or not? From what I understand they have an option, which expires at some time, and I believe they are seriously considering to enter.

“So Yamaha, we will discuss with the candidates that are available, which will surely be Petronas and – if they enter – VR46, because of our long-term relationship also with the company and Valentino.

“Nothing has started yet. There are no negotiations, shall we say, on the table at this moment, but that will definitely begin in April and May.”

Yamaha announced with its 2021 season launch that it has signed on with Dorna Sports for five more years of MotoGP competition, making it the fourth manufacturer to do so after KTM, Ducati, and then Honda.

Independent squads Gresini Racing, LCR, and Tech3 Racing have similarly entered into new agreements with their teams’ association for the same period, although there could be some chopping and changing in manufacturer allegiances.

The latter is all but certain to stay with KTM, based on recent comments from team owner Herve Poncharal, but VR46 could force SRT to find a new manufacturer.

Tech3 was its predecessor as the Yamaha satellite operation, but announced a change shortly after Poncharal said that he would lose out if Rossi wanted a MotoGP team of his own.

One development which is now less likely is a Suzuki satellite team, given team manager Davide Brivio has left for the Alpine F1 Team, although it is not entirely off the table.

It also reduces the prospect of VR46 Suzukis specifically, given Brivio was once Rossi’s boss at Yamaha and then a consultant of his.

“About a satellite team, yes, Davide was the main person to speak with several teams, as a window to Suzuki,” said Suzuki’s project leader, Shinichi Sahara, earlier this month.

“Of course, I have been involved as well, but Davide leaving has made me busier.

“Half of the satellite team building job is at the track, to speak with the teams, and the other half is proceeding in the factory.

“Anyway, I haven’t given up about a satellite team, but Davide’s departure makes the situation a little bit more difficult for me. Like I said, made me busier, but that’s it. I will continue.”