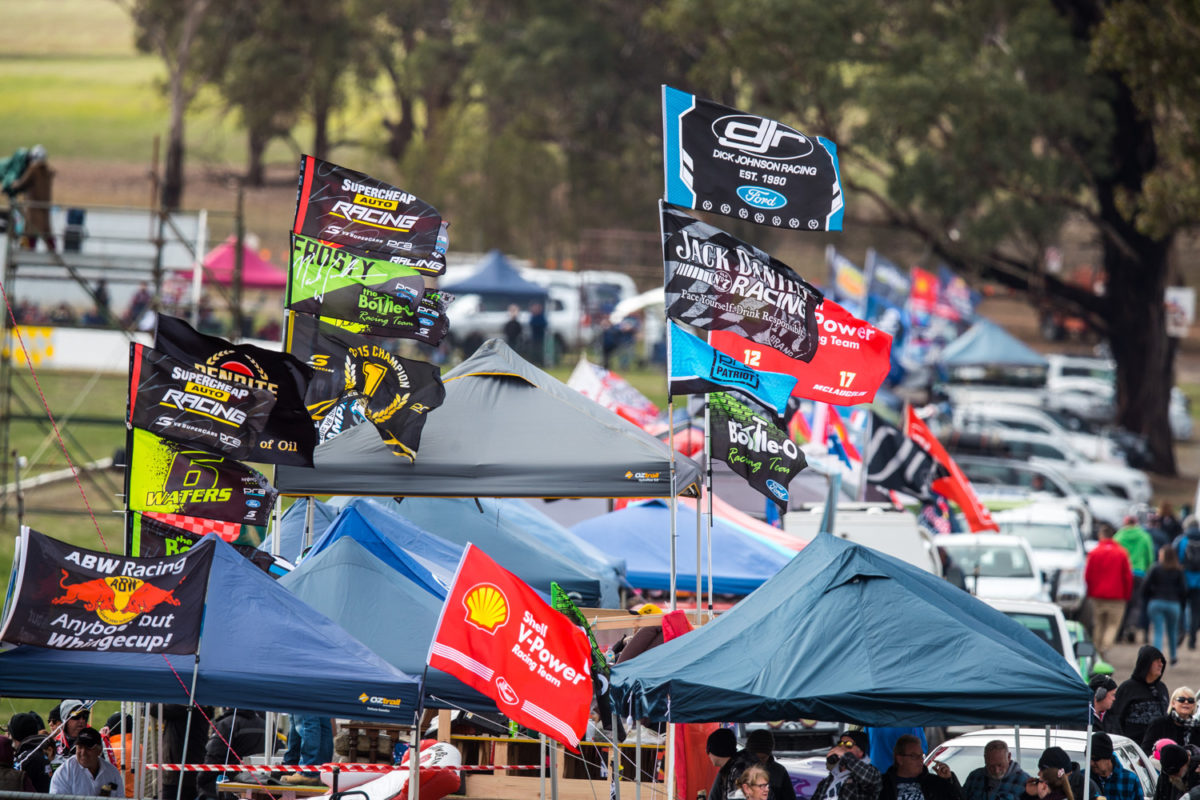 Fans at the 2019 Supercars round at Winton

Fans will no longer be able to attend the Winton pre-season test on Friday, per a decision from Supercars.

Less than an hour after Winton management announced fans could attend the Friday test free of charge, Supercars has overruled on the matter in the interests of protecting the season-opening event at Bathurst on February 26-28.

“Testing for the Victorian Supercars teams at Winton will take place on 19 February as planned, but without any public attendance, in order to mitigate risk prior to Bathurst,” read a Supercars statement.

“To further mitigate risk to the Championship, all staff and team members attending the Winton test from NSW or Queensland have been directed to make travel plans that avoid the Greater Melbourne area.

“All attendees must comply with applicable Victorian Government Health restrictions, including the wearing of masks when 1.5m of social distancing cannot be maintained or there is no applicable legal exemption from wearing one.”

Supercars’ own direction coincides with an official Queensland public health direction obliging returning residents to quarantine if they have visited Greater Melbourne, which is comprised of 36 nominated local government areas.

Winton is located in Benalla, almost 200km north of the outskirts of the Victorian capital, but the direction does affect the travel plans of personnel including drivers Chaz Mostert (Walkinshaw Andretti United), Tim Slade (Blanchard Racing Team), James Courtney (Tickford Racing), and Will Brown (Erebus Motorsport).