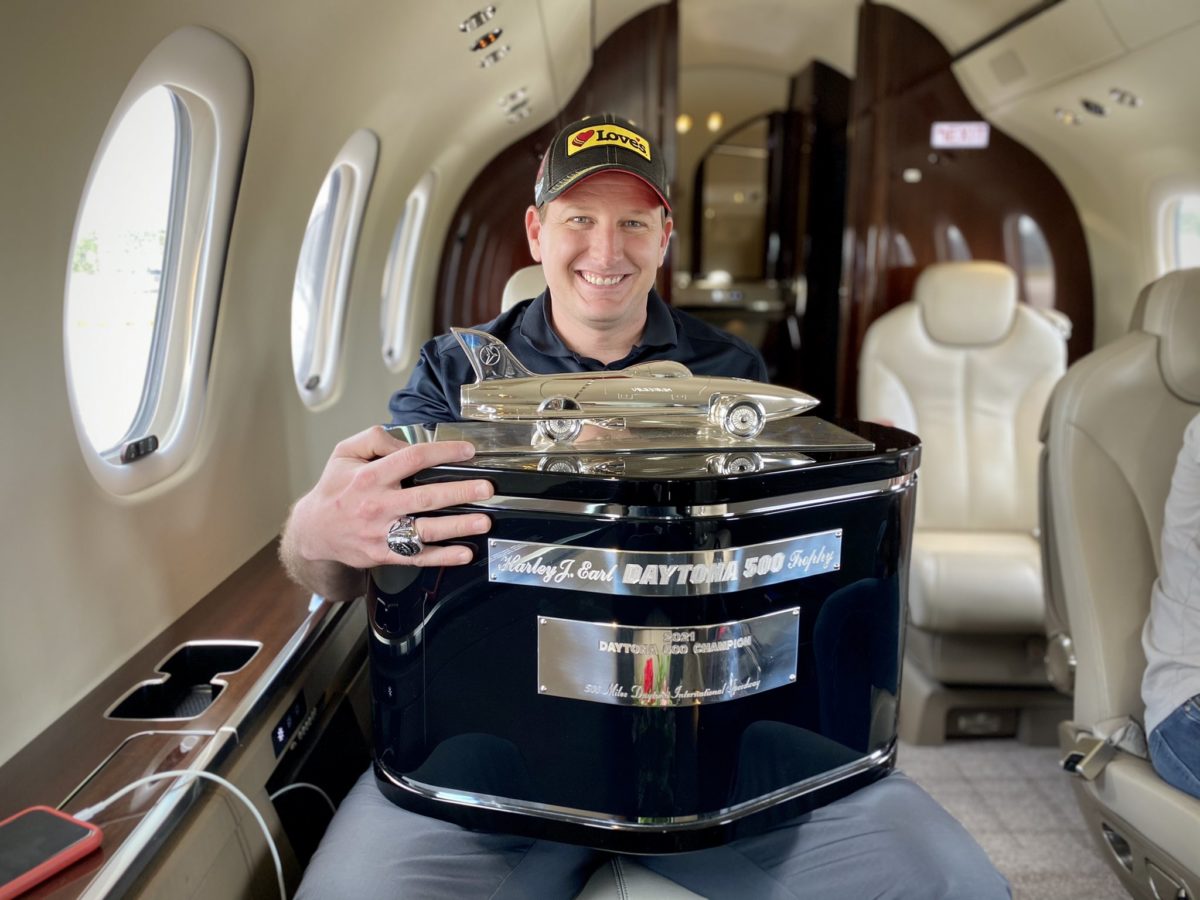 Michael McDowell has declared his spectacular triumph in the Daytona 500 on Monday (Australian time) was no fluke.

The 36-year-old from Phoenix, Arizona pipped Chase Elliott and Austin Dillon to the post on a final lap in which carnage broke out between leading Penske team-mates Joey Logano and Brad Keselowski.

Remarkably, it secured his maiden NASCAR victory in his 358th start, and came from 17th on the grid.

“I think we are underdogs, but when we come to Daytona I would consider us a top-five contender every time,” McDowell told the official NASCAR website.

“And I don’t say that because I’m being boastful, I just say that because a majority of these races we’re in the top five when it comes down to those last five laps — no different than Denny [Hamlin] and Joey and there are a handful of guys that seem to be able to get themselves in those positions.

“I’ve been able to get in that top 10 and that top five, so I do feel like we are underdogs from that standpoint… I don’t think it’s a fluke because we do run up front at these races quite often and [this time] just worked out perfectly.”

The result was clearly a popular one, with McDowell’s phone inundated with messages of congratulations.

“Every time I look down at my phone I have another 100 texts,” he added.

Next up on the calendar is the O’Reilly Auto Parts 253 At Daytona on Sunday, February 21 (US time).